Last of the Timelords 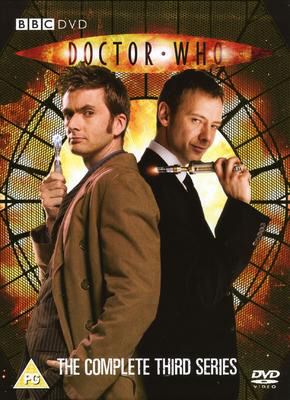 A year after the appearance of the Toclafane, the human population is on the verge of extinction. Having escaped from the Valiant, Martha Jones has traveled the Earth, staying out of the Master’s detection through use of the TARDIS key acting as a perception filter and contacting groups of humans to find a special gun created by Torchwood and UNIT that can defeat The Master. She is led by Thomas Milligan, a former doctor, to Professor Docherty, and together the three are able to electrocute and capture a Toclafane.

they learn the Toclafane are humans from the far future, having become insane and cannibalising themselves after discovering nothing at The Sound of Drums/Last of the Timelords.

The Master created a Paradox Machine with The Doctor’s TARDIS to bring the Toclafane back in time and avoid a temporal paradox. Martha and Thomas leave to find the last component of the gun, after which Docherty provides The Master with Martha’s location, desperate for any information on her own son.