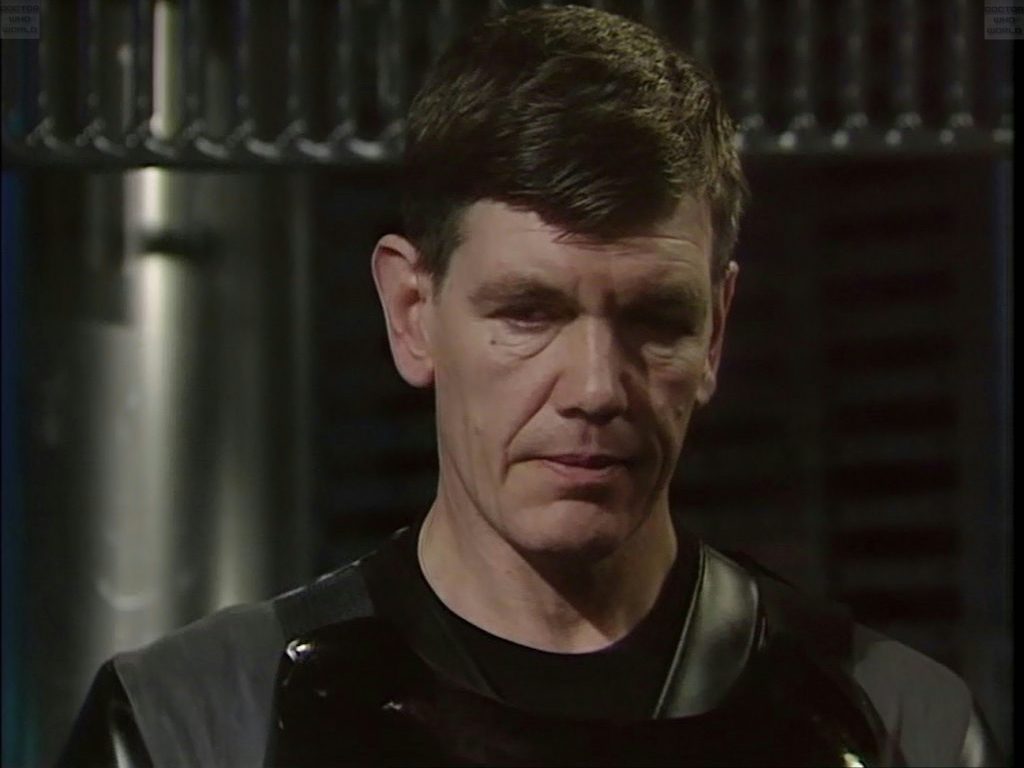 Resurrection of the Daleks

Attack of the Cybermen

Gustave Lytton was a mercenary who worked for the Daleks and later for the Cryons. While on Earth in 1984, he and his two henchmen disguised themselves as police officers, Lytton wearing the uniform of a police inspector.

Lytton was born on the satellite Riften 5, orbiting the planet Vita 15. He knew of the Time Lords. (Attack of the Cybermen)

When the Fifth Doctor first encountered Lytton, he was leading a squad of Dalek Troopers in a plot to rescue Davros from imprisonment in stasis on a human prison space station. When Davros altered some of the Daleks to be loyal to him and attempted to seize control from the Dalek Supreme, Lytton was one of the few survivors of the ensuing battle and was left trapped in London in the year 1984. He and his henchmen slipped away from the scene, still wearing their police uniforms. (Resurrection of the Daleks) He spent some time afterwards hiding from the police at the Scoundrels Club. (Dismemberment)

Subsequently, Cryon resistance fighters contacted him. With the Cryon planet, Telos, occupied by Neomorph Cybermen, they sought help from him in freeing themselves. Lytton assembled underworld contacts in what appeared to be a plot to rob a diamond merchant. He actually planned on contacting the Cybermen living in the London sewers to win their trust, so that he could betray them on behalf of the Cryons.

Lytton again met the Sixth Doctor, who recognised him from their previous encounter. The Doctor distrusted him immediately, even after the Cybermen took Lytton prisoner as well. The Cybermen transported Lytton, along with The Doctor and his companion, Peri Brown, to Telos, where it was revealed to The Doctor that Lytton was working for the Cryons and not for the Cybermen themselves.

In a 1991 article for The Metropolitan, Andrew Dylan wrote that in 1986, surveillance on terrorists such as “Gustav Litten” prompted a secret united Nations resolution to increase funding for UNIT. (An Army of Shadows)

Lytton’s people were mercenaries, rarely doing anything if there wasn’t money attached. Lytton was no different. He berated his men and threatened potential mutineers with death. He constantly insulted the intelligence of those under him and was willing to sell them out to the Cybermen in exchange for his life. However, his decision to help the Cryons overthrow the Cybermen caused The Doctor to admit that he had badly misjudged Lytton and his intentions. (Attack of the Cybermen)

Lytton’s full name was never given in his television appearances. His first name, Gustave, comes from the Target Books novelisation Attack of the Cybermen. It was reused in The Doctor Who Magazine story Mistaken Identity.

Back to Henchmen page