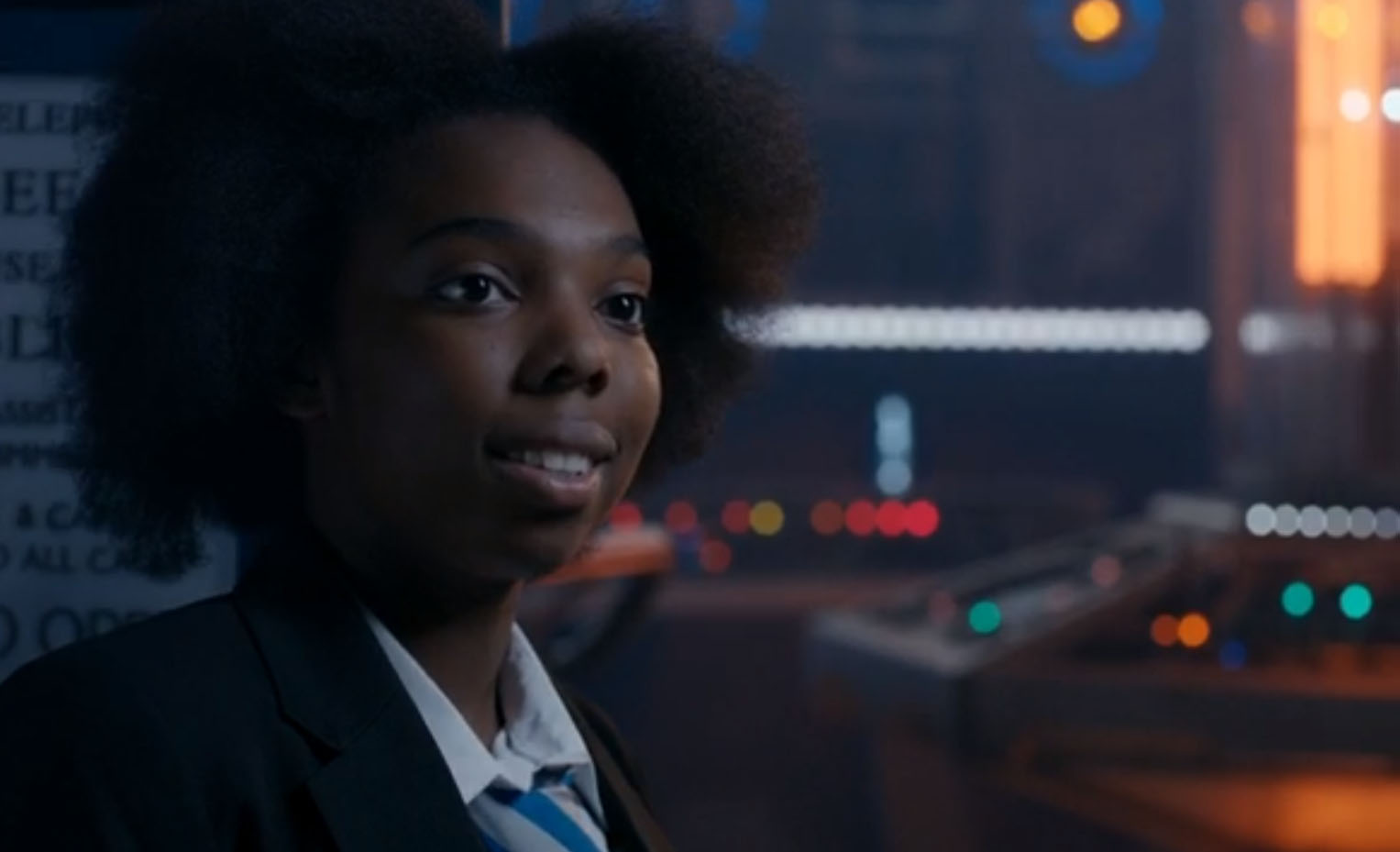 Courtney as in The Caretaker

Courtney Woods was a pupil at Coal Hill School who was taught by Clara Oswald and Danny Pink. (Listen) She was infamously known as a “disruptive influence” and took great pride in her insolence. (The Caretaker)

On Clara’s first day as a teacher, she threatened to kick all of the students out of school. Courtney challenged her threat, replying with, “Go on, do it.” Clara was inspired to use the same tactic against the Half-Face Man when he threatened to kill her. (Deep Breath)

Courtney teased the school secretary about her flirtations with Danny. (Into The Dalek)

She once told Clara she couldn’t focus on her work because Clara’s face was “too wide”. Clara related this story to Danny on their first date. (Listen)

Courtney went to fetch some paper towels from the new caretaker — the undercover Twelfth Doctor — and saw a light coming out of his TARDIS. He initially denied her knowledge, but then showed her the capabilities of his ship. He took her into space. However, the experience was too much for Courtney, who was made sick by it. (The Caretaker)

According to Clara, at some point The Doctor had told Courtney that the child “wasn’t special”. This apparently prompted Courtney to increase her disruptive behaviour, including stealing The Doctor’s psychic paper and using it as a fake ID. Clara implored The Doctor to tell Courtney that she was indeed special. His interpretation of this was to take Courtney and Clara for an adventure on the Moon in 2049, where Courtney would end up being the first woman on it, however she was predated by Martha Jones almost a century earlier (Smith and Jones). As it became clear that the Moon was really an egg about to hatch, Courtney strongly advocated for not killing the emerging creature. This led to her and Clara saving Earth from the results of making the wrong choice. The Doctor claimed to Clara that Courtney would eventually “bizarrely” become President of the United States, meeting a man named Blinovitch. (Kill the Moon) This was suggested again in a post-it on Clara’s apartment. (Dark Water)