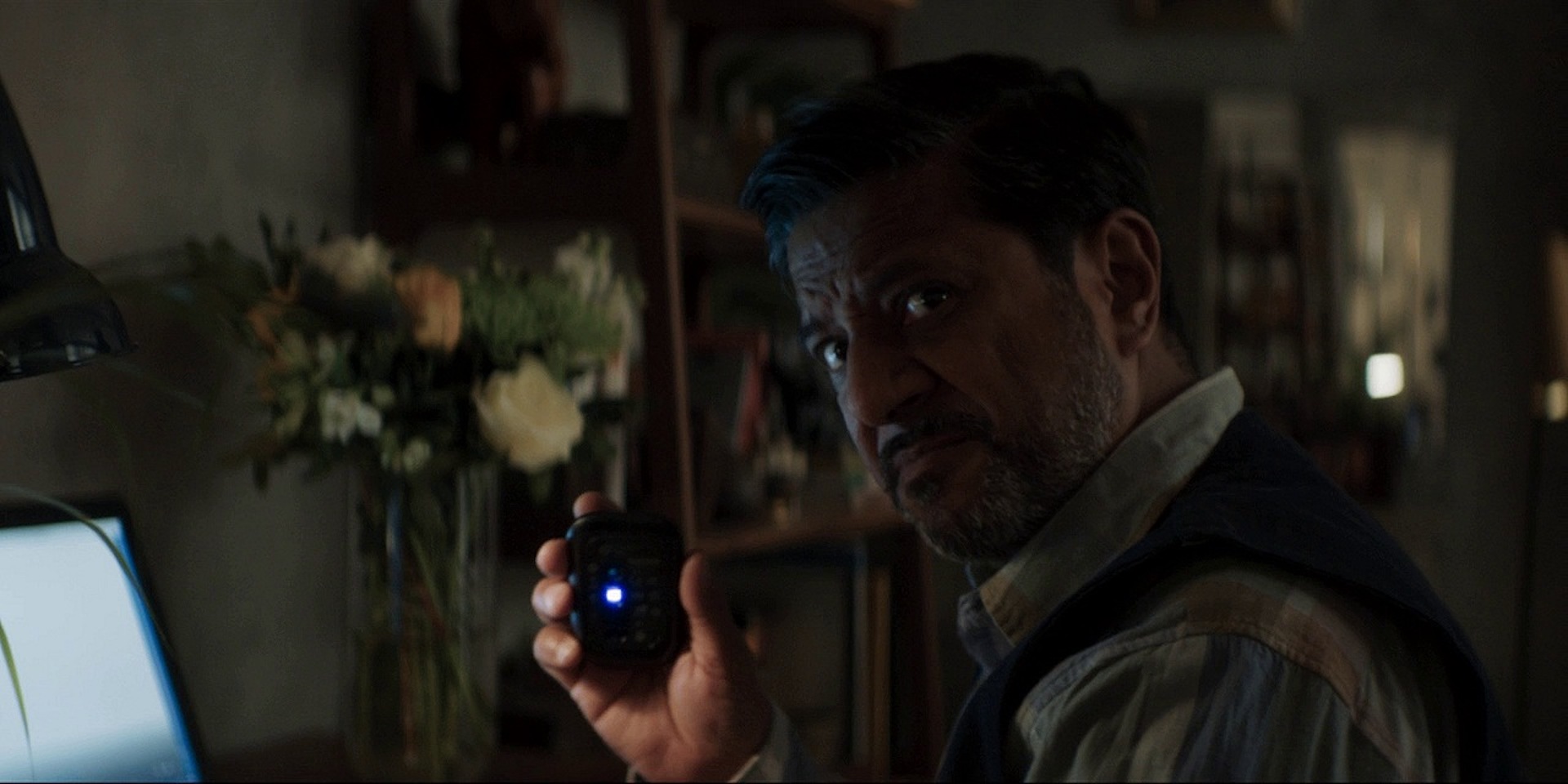 Hakim Khan was Yasmin and Sonya Khan’s father, married to Najia. He lived in Flat 34 of the Park Hill estate, in Sheffield. (Arachnids In The UK)

Whilst on a boat on a lake on Desolation with the Thirteenth Doctor, Ryan Sinclair, Graham O’Brien, Angstrom and Epzo, Yasmin mentioned how her father drove her crazy. (The Ghost Monument)

Hakim collected the toxic waste in Sheffield, hoping to prove something during the giant spider outbreak in the city. He appeared to be a conspiracist. He left the toxic waste in the living room stacked up in a pile without a clue what it contained. It was a habit that annoyed and frustrated his wife and his daughters.

When Yasmin returned to Sheffield after her involuntary adventures in time and space, she brought the Thirteenth Doctor and Ryan Sinclair home for tea. Hakim seemed surprised but pleased that his daughter had brought friends home. He offered to make pakora, which he was supposedly bad at.

Yaz left while Hakim was making dinner to pick up Najia, who didn’t want her husband to know she had been sacked as general manager of Jack Robertson’s hotel. Yaz instead claimed she was taking a parcel and while she was away he and Sonya seemed exasperated at the time Yan and Najia were taking.

When Najia and Yan returned, Hakim scolded Sonya for not getting bread. Yaz offered to go to the shops, but in fact she left the Khans to travel in The Doctor’s TARDIS. (Arachnids In The UK)

He was present at his mother-in-law Umbreen’s birthday party. (Demons of the Punjab)