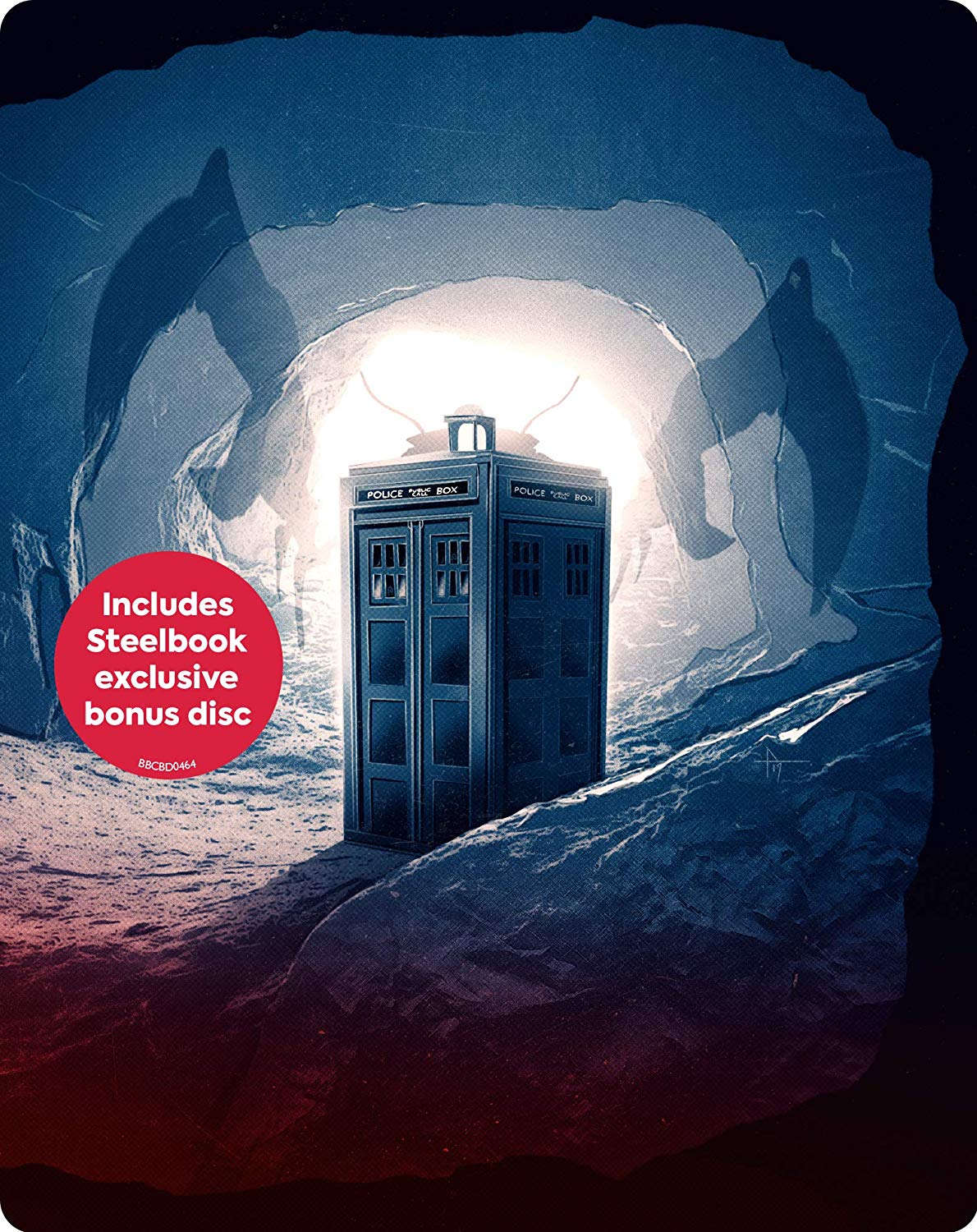 The 4 x 25 min missing episodes, which were originally part of Doctor Who’s (now mostly lost) fourth season, have been animated for the first time, to be released on DVD, Blu-ray, special edition Steelbook and digital download.

Pre-order will be available from midnight tonight on Amazon and HMV (links will go live at 00:00).

Originally broadcast in four weekly parts from 11th March to 1st April 1967, and starring Patrick Troughton, Anneke Wills, Michael Craze and Frazer Hines, no full episodes of this serial are known to have survived on film. Fortunately for fans, a complete audio recording of all four parts still exists. Now, 52 years later, the four episodes will be brought back to life through the power of animation, available on disc and digital download, in both colour and black and white, from 18th March 2019.

“Back in 1967 “There’s no such thing as Macra!” was the cry, and for many years after there was no such thing as “The Macra Terror”. Now, thanks to the magic of animation, we can see the story come to life again. I can’t wait to see this adventure and how gratifying to have a little more of Ben and Polly’s time with The Doctor available to be seen by new generations.”

The Doctor (Patrick Troughton) and his companions arrive on a human colony in the far flung future. The colony appears to be a giant recreational complex – a holiday camp for rest and relaxation. Everyone looks happy and carefree but all is not as it seems. The colony has been infiltrated and brainwashed by a race of giant parasitic crab creatures called the Macra.

The Macra have only returned once since, 40 years later, coming face to face with the Tenth Doctor (David Tennant) and Martha Jones (Freema Agyeman) in the 2007 episode Gridlock.

“After the success of Shada, we were very excited by the possibility of further animations. We are therefore delighted to be able to bring fans these missing episodes in a completely new form.”