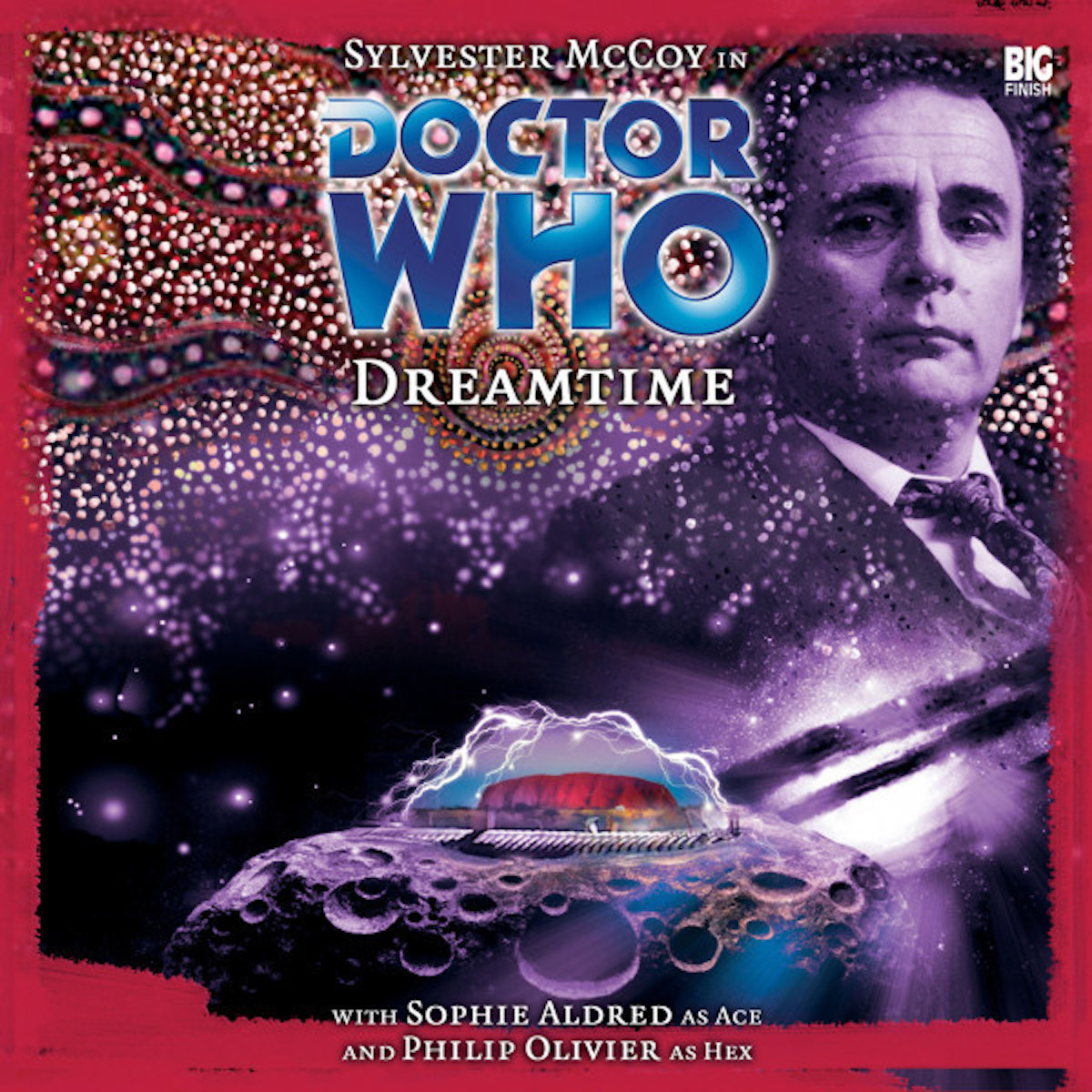 The Dreamtime is living Time. The Dreaming is living myth.

A city travels the stars, inhabited by stone ghostsat its heart, an ancient remembrance of Earth. Mythical creatures stalk the streets and alien visitors have come in search of trade. But there is nothing to trade. There is only fear. And death. And the stone ghosts.

For Hex’s first trip in the TARDIS, it’s about the strangest place he could have imagined. Weird and very far from wonderful. Adjustment to his new life could prove tough. But he will have to adjust and do more, just to stay alive, and Ace will have to be his guide through this lost city of shadows and predatory dreams. and The Doctor is the first to go missing.

The Doctor has crossed into the Dreamtime.