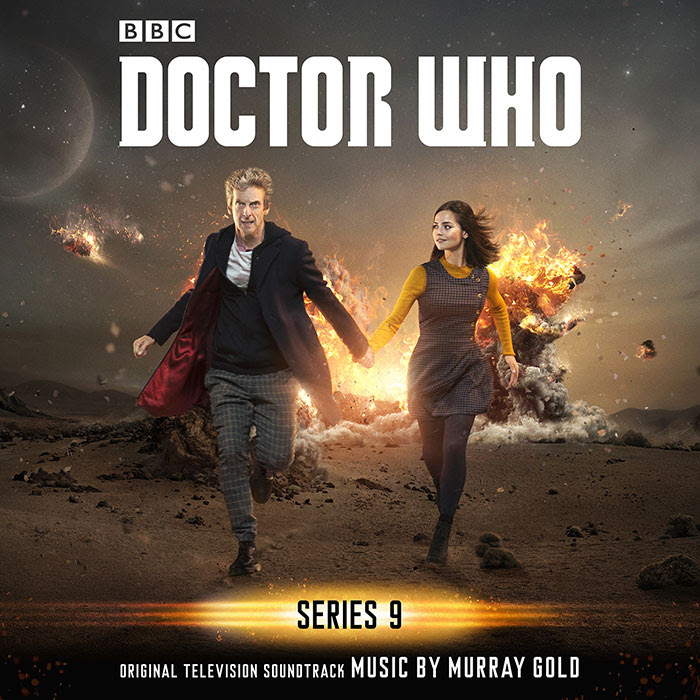 This edition will be generally available on other sites but is limited in number. The Standard Edition is the same as the Limited Edition but does not include the slipcase or additional booklet.

Premiering in September 2015, the ninth series of Doctor Who featured Peter Capaldi in the title role in his sophomore season as television’s favourite time traveller. This all encompassing four part collection features general cues on discs one and two, the complete score from the episode Heaven Sent on disc three and on disc four the Christmas Special, The Husbands of River Song. Five time BAFTA nominee Murray Gold recently confirmed that he is stepping down from composer duties on the show after 12 years of providing some of the finest music to be heard on contemporary television. This is also the 12th Silva Screen release of his music from the 2005 revival onwards and underlines the breadth of Gold’s composing skill across over two and a half hours of music.

“It’s one of the last great morality tales out there but it also celebrates life. For that reason I think it’s a great show for kids. I couldn’t write this much music for it if I didn’t feel that way.” – Murray Gold

1. Carol Singers will be Criticised
2. A Dying Husband
3. The Finest Surgeon in The Galaxy
4. The Halassi Androvar
5. The Husbands of River Song
6. The TARDIS Can’t Take off
7. Time to Do it Properly
8. Harmony and Redemptedition
9. Hydroflax in The TARDIS
10. Whole Again at Last
11. All the Firewalls in The Galaxy
12. A Restaurant with a View
13. The Woman He Loves
14. The Singing Towers