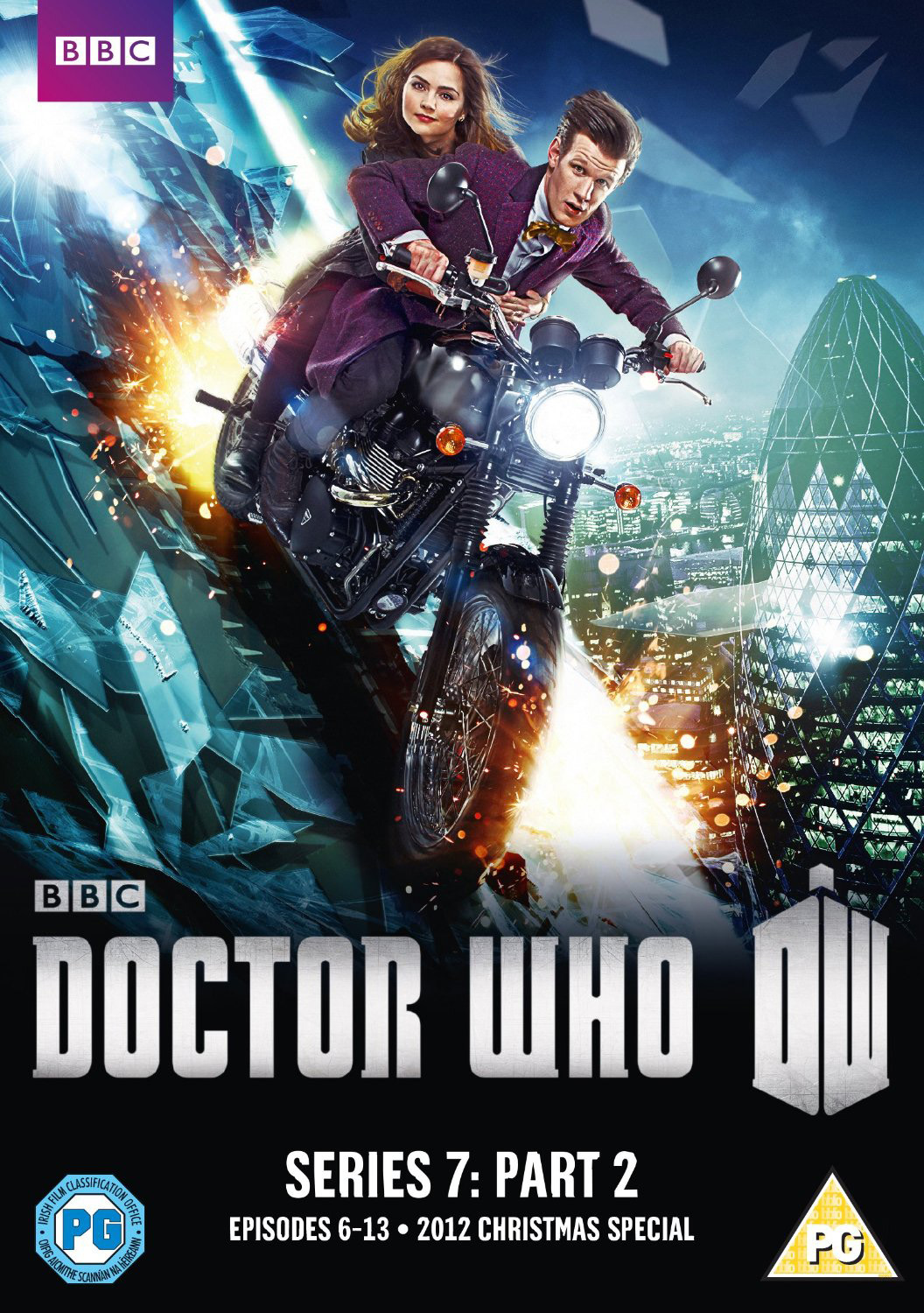 The Doctor returns with a second run of adventures by searching for his companion Clara – an Impossible Girl he’s already lost twice. Together they find themselves battling monsters on distant alien planets, trapped in a Russian submarine with a deadly passenger, chasing terrifying ghosts, delving into the heart of the TARDIS, facing the Crimson Horror in Victorian Yorkshire, and coming face to face with an army of upgraded Cybermen. The action grows and the Doctor’s oldest secret threatens to be revealed as the world’s longest running science fiction series builds toward its explosive 50th anniversary in November 2013. Episodes 6-13 from the seventh series of the relaunched sci-fi adventure show. Accompanied by his latest companion Clara (Jenna-Louise Coleman), The Doctor (Matt Smith) sets out on another rollercoaster round of adventures in time and space, encountering an intergalactic salvage crew, taking on an entity that harvests human minds, and crossing swords with some old ‘friends’.

The episodes in this volume are: