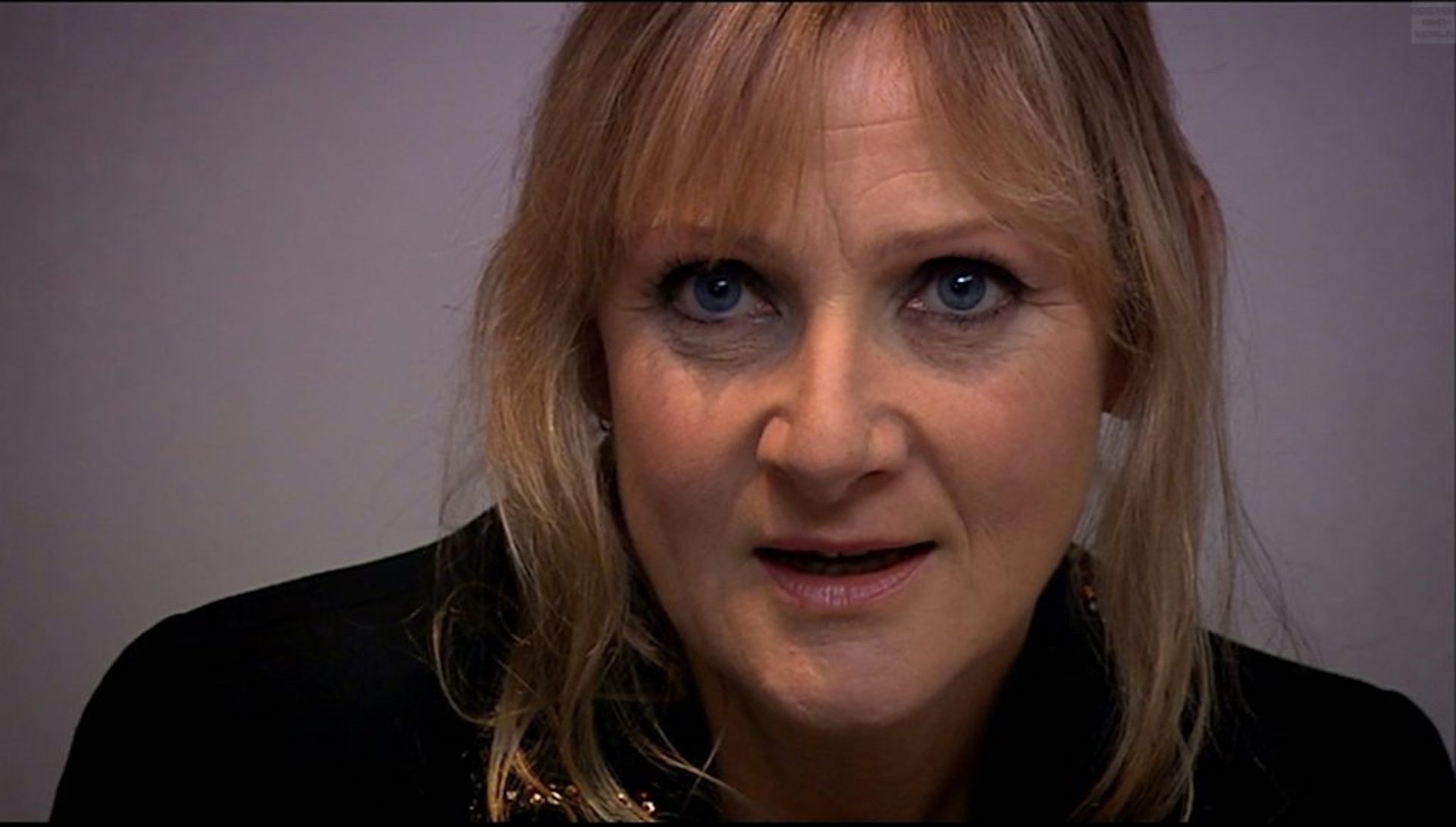 The Midnight entity was a lifeform living on the planet Midnight. It was one of the few beings that The Doctor had no knowledge of at all, which, given his expansive, encyclopaedic knowledge of the universe and everything in it across time, was a testament, possibly due to its obscurity, or its innovation to adapt. The creature was never given a name, nor did it display any form other than a shadow running across the landscape.

During the Crusader Tours to the Sapphire Waterfall, a tour bus had apparently broken down. While looking out a window, the on-board trainee mechanic, Claude, noticed a shadow among the diamonds that was moving in the distance, “running” towards them.
Following the beginning of the passengers’ paranoia, the entity knocked twice around the bus to get everyone’s attention. When Mr Cane and the Tenth Doctor knocked a different number of times, the entity mimicked the pattern exactly. Following Sky Silvestry’s hysterical blathering, the entity closed in on her from the outside and somehow entered the shuttle without any sign of a hole, while ripping off the cockpit, killing the drivers. In the following blackout from the loss of the main generator, the entity chose to possess Sky. The entity seemed to gather the strength of its host and then repeated every word a person said in exact precise, including the square root of pi to 30 decimal places. Eventually, the entity copied word-for-word at the exact same time, focusing on The Doctor, and eventually stealing his voice, paralysing him and forcing him to repeat after her.

Taking advantage of the hysterical level of paranoia that was already amongst the passengers, the entity convinced them that The Doctor was now possessed and needed to be thrown off the bus. However, while Professor Hobbes and Mr Cane were trying to get rid of the Doctor, the entity made a grave mistake – it began using phrases that The Doctor had previously said, prompting the attention of only the hostess. The entity was helpless as the hostess sacrificed herself to drag it out into the X-tonic light, vaporising both of them to free The Doctor from its grip and to ensure the safety of the passengers.

Despite this, The Doctor had no idea if this killed the entity or if it survived. In lightof the incident, the Leisure Palace Company decided to withdraw its facilities from Midnight and abandon the planet to its eternal silence once more, preventing the entity, if it survived or if there were more, from claiming any more victims. (Midnight)

The Midnight entity was capable of surviving on the planet Midnight, despite the fact that the X-tonic rays should have killed any being on the surface. It was capable of shaking a Crusader 50 bus, causing dents in its walls and ripping off the cockpit, feats which would require great strength. Though the X-tonic radiation was lethal to all known lifeforms, the creature was able to live on the surface for millions of years yet it also was able to cause significant damage to a shuttle bus and knock on its hull, something which would have required some sort of tangible presence.

The Midnight entity could also possess a human. It would start to copy what the people around it said, then speak at the same time and then predict what people would say. The Doctor believed it was trying to learn about its surroundings. The being seemed to be able to learn at an increditedibly rapid pace and absorbed the passengers’ speech without forgetting, hesitating, or making a single mistake. As the inhabitants of the ship turned on The Doctor, the entity singled him out as a target. It then paralysed him and forced him to copy the entity’s speech, “stealing his voice”. It also mimicked his mannerisms, such as his use of Italian and French phrases, (molto bene and allons-y). (Midnight)

It was described by Jack Harkness as a creature that could eat its way into the brain and steal the host’s voice. (Monster File: Midnight)

This is the first time on Doctor Who where the true nature of an enemy has never been revealed. The name of the creature is not revealed in the episode, and “Midnight entity” is just an unofficial name.
The entity resembles the species in The Doctor Who Unbound audio drama A Storm of Angels, right down to the gemstone planet it inhabited.