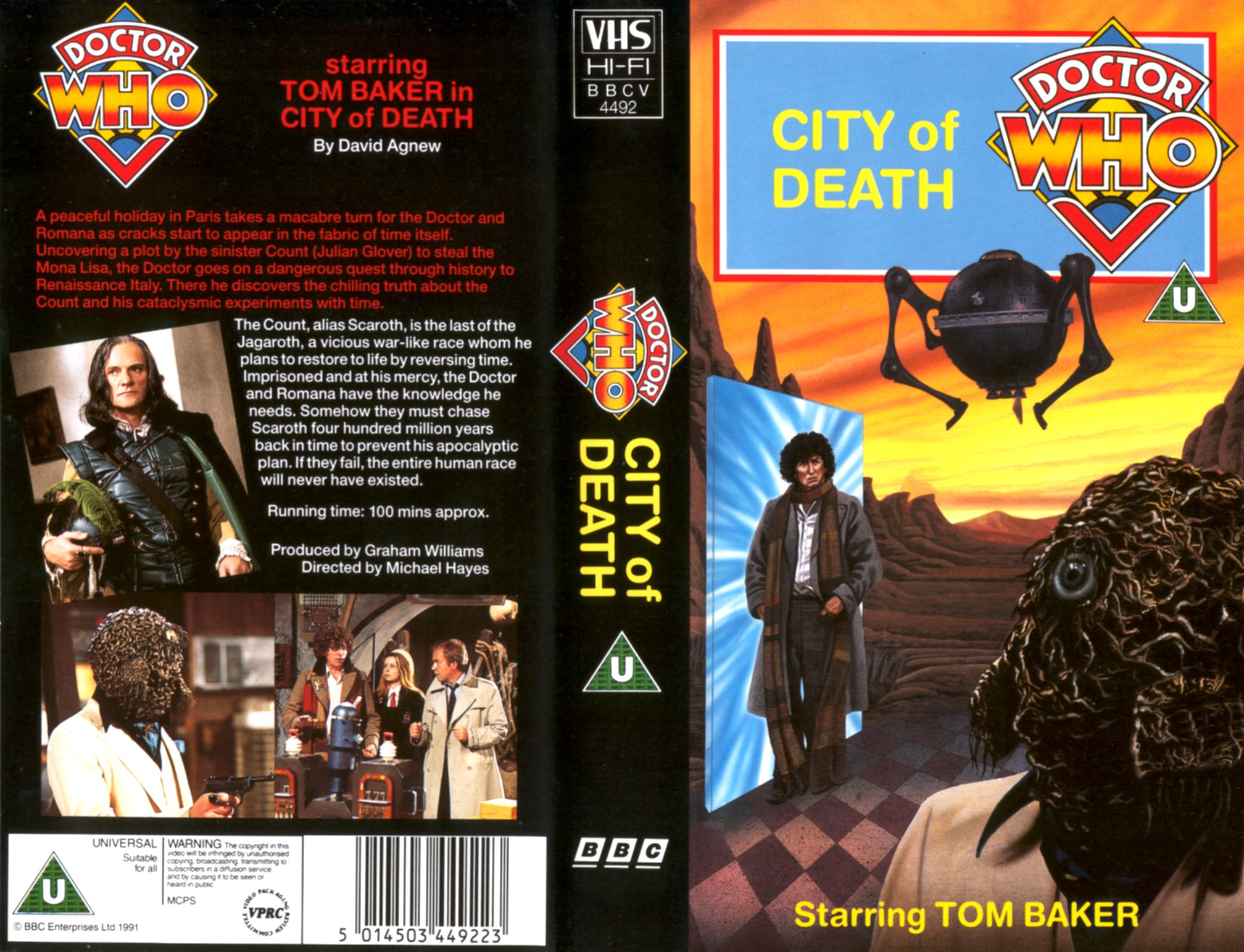 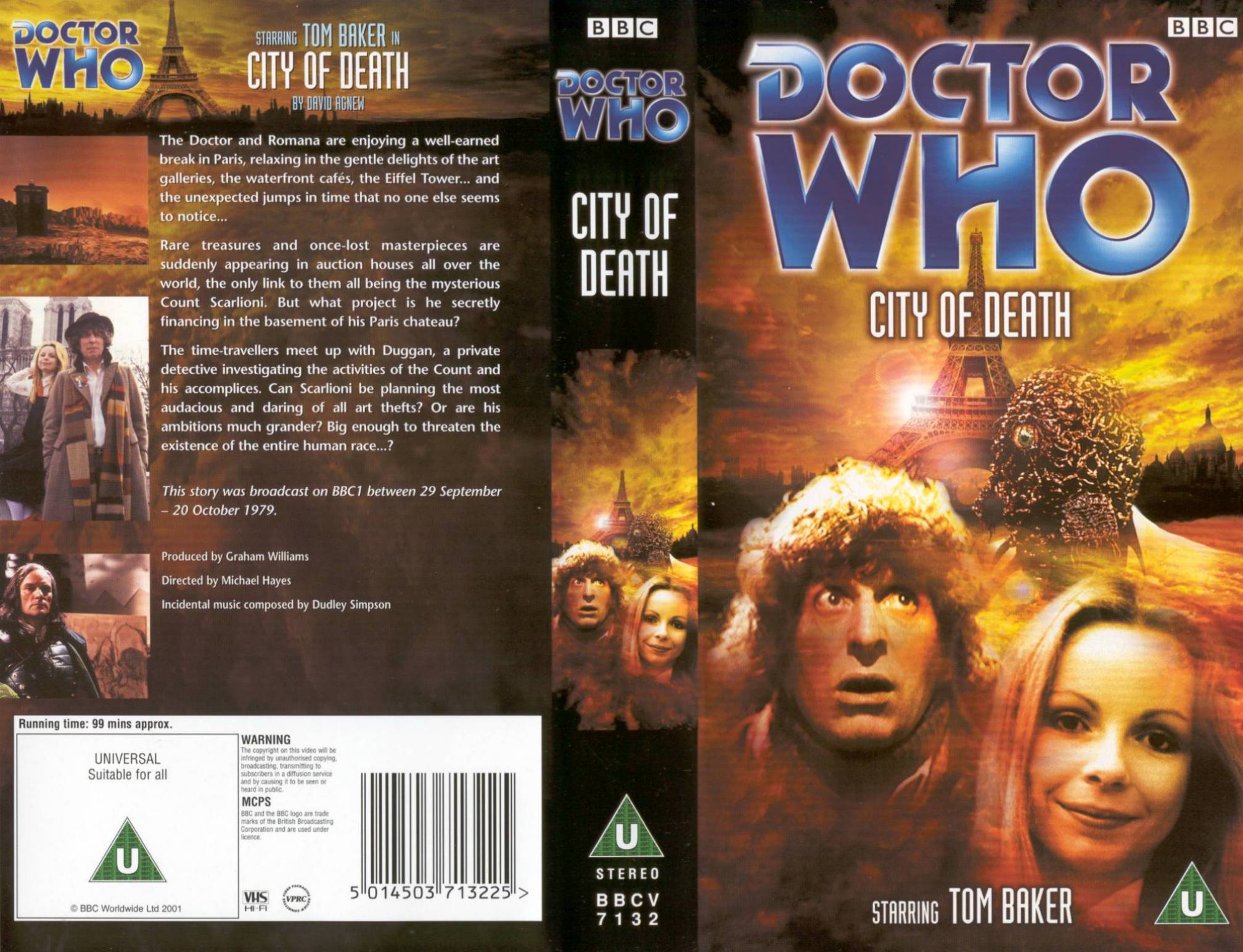 A peaceful holiday in Paris takes a macabre turn for The Doctor and Romana as cracks start to appear in the fabric of time itself. Uncovering a plot by the sinister Count (Julian Glover) to steal the Mona Lisa, The Doctor goes on a dangerous quest through history to Renaissance Italy. There he discovers the chilling truth about the Count and his cataclysmic experiments with time.

The Count, alias Scaroth, is the last of the Jagaroth, a vicious war-like race whom he plans to restore to life by reversing time. Imprisoned and at his mercy, The Doctor and Romana have the knowledge he needs. Somehow they must chase Scaroth four hundredmillion years back in time to prevent his apocalyptic plan. If they fail, the entire human race will never have existed.

City of Death was filmed in Paris and had highest rating of the series.