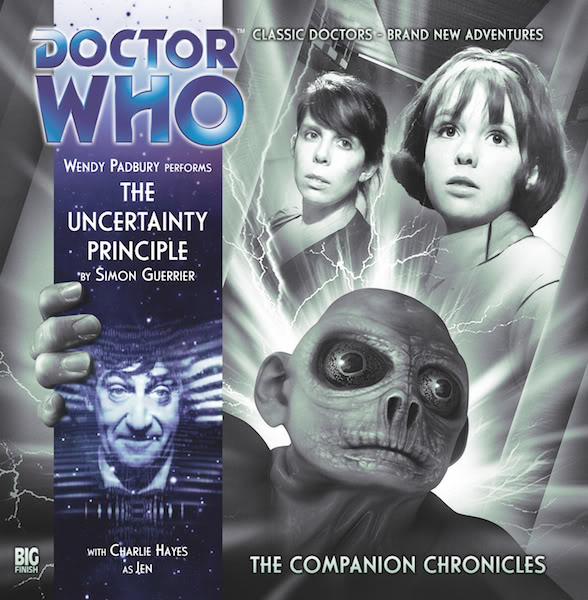 In the future, Zoe Heriot is a prisoner of the mysterious Company, which has evidence that she travelled through space and time with The Doctor. Zoe’s memories have been blocked by the Time Lords, but the Company is determined to break through this conditioning…

And so Zoe recalls a journey to Earth in the past, to the funeral of a young woman called Meg, who was involved in scientific experiments that are bringing forth sinister alien creatures. Only The Doctor, Jamie and Zoe can stop them…

‘The Uncertainty Principle is the perfect blend of story and drama, veering as it does between Zoë’s tale and the reality of her situation, which adds an extra dose of tension and ramps up the excitement level, perfectly capturing the mood and pace of the Second Doctor’s adventures.’ Tim Mass Movement