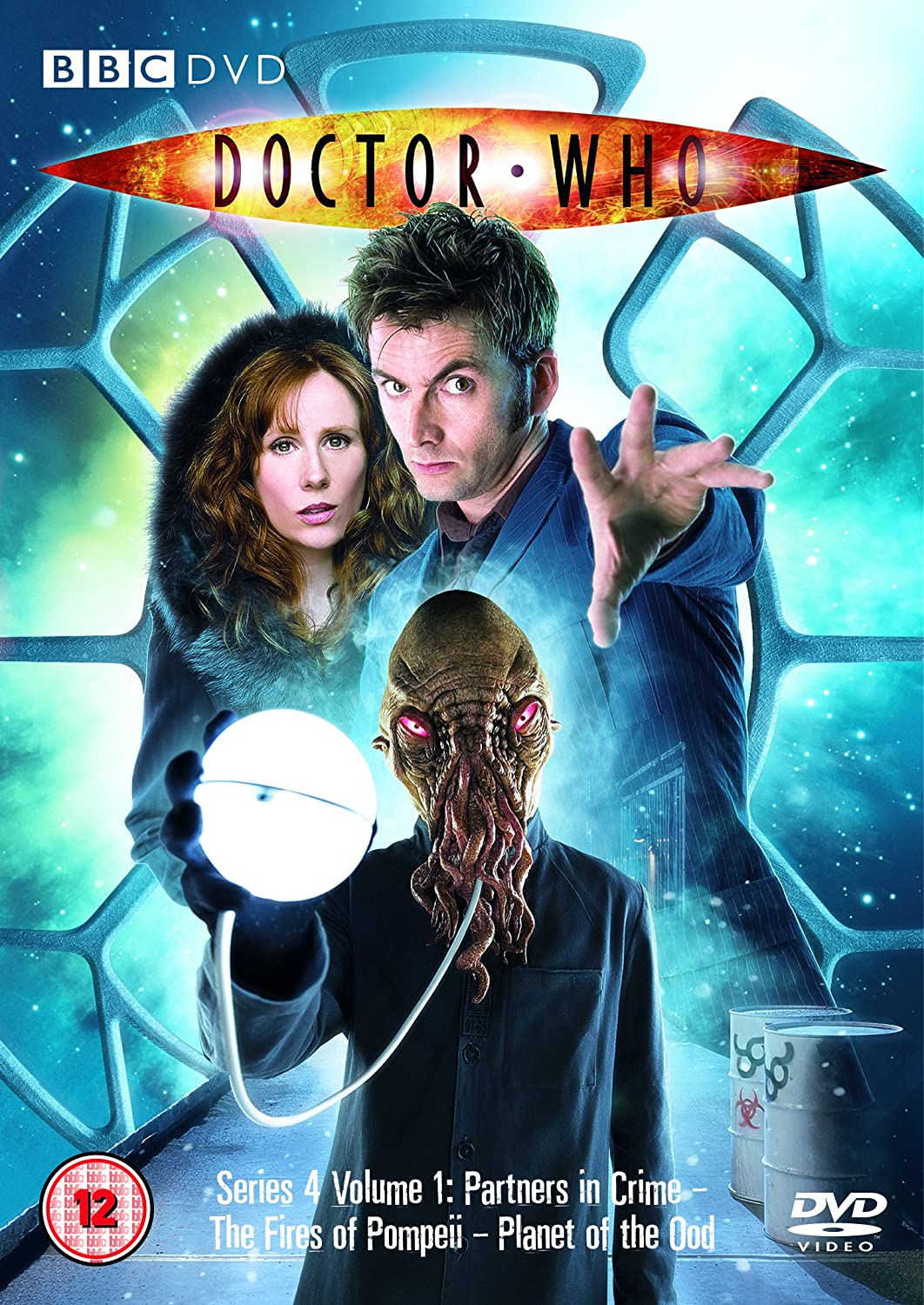 David Tennant and popular comedienne Catherine Tate return for a fourth series of the increditedibly popular revamped Doctor Who. Features the return of the dastardly Sontaran alien race.

Hot on the heels of the acclaimed third series,

Doctor Who returns for a fourth instalment with a familiar face alongside The Doctor. Award-winning comedienne Catherine Tate returns as The Doctor’s new companion, revisiting her role as Donna Noble who featured in the 2006 Christmas special The Runaway Bride. Martha Jones – who left The Doctor at the end of Series Three to break the unrequited circle of love she felt for him – will also return.

The Fires of Pompeii

– The TARDIS takes Donna and the Doctor to Rome..

Planet of the Ood

– The Ood return in this episode.