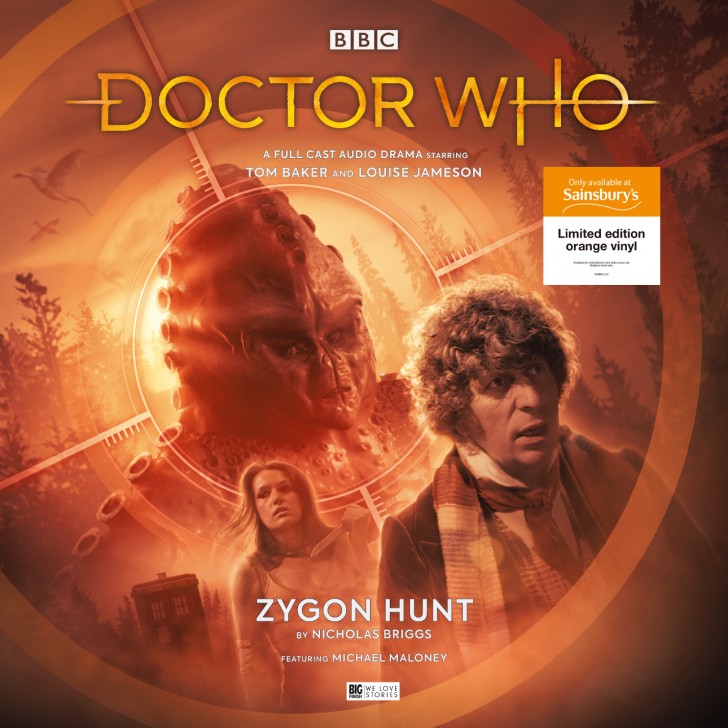 On the jungle planet Garros, Earth Forces Knight Commander-in-Chief Greg Saraton and his team are hunting gigantic beasts, for sport. When The Doctor and Leela arrive, they are caught up in a web of intrigue where there is no clear friend or foe.

What is Saraton’s vital connection with Earth’s Solar System’s Defence Shield? Why are the giant reptilian birds of Garros attacking? What terrible secret lurks deep within the trees?

Before the truth can be revealed, a heavy price will be extracted and loyalties will be tested to the limit.

Following the sell-out success of Big Finish’s limited edition Doctor Who stories on vinyl in Sainsbury’s and HMV earlier this year, we have two more exclusive releases coming to stores soon.

Nicholas Briggs, Big Finish executive producer and director of both stories, as well as the voice of the Daleks on TV, says: “Mark your diaries because these are sure to sell out again. HMV and Sainsbury’s are incredible partners to work with and because of the previous demand They’ve upped the production numbers on each release. I’m delighted for us to be a part of the vinyl resurgence and very pleased that, like our app, we’re making it easy for people to listen to our stories.”

Designer Mark Plastow said: “Adapting the format for these Big Finish releases has been a joy – I get to indulge in two of my obsessions. I adore Doctor Who and I adore vinyl, and putting the two together makes the world just that little bit better. Art really doesn’t like being squeezed down to a measly 12cm, it wants to be big and bold, it wants to be on your wall!”