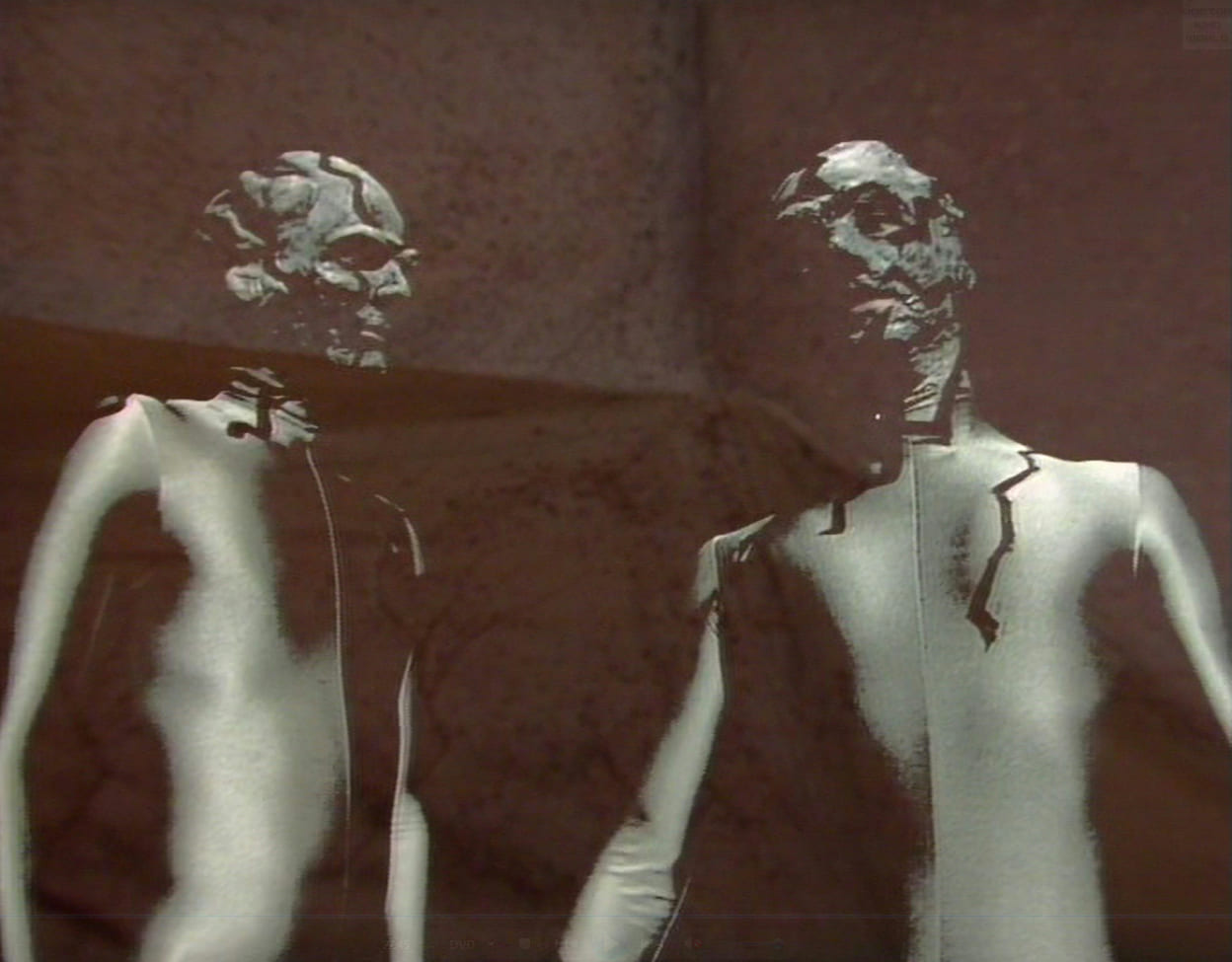 The Xeraphin or Xeriphan were a telepathic species that merged into a gestalt organism in order to survive. Beings of immense mental power, the Fifth Doctor called them the most highly developed creatures in the universe. (Time-Flight)

The Xeraphin were highly psychic beings, able to wield psychokinetic energy, possess people in order to communicate, exert a hypnotic influence over people, and telepathically project components of their gestalt – such as people who had been absorbed into it – into other locations, even the interior of a TARDIS.

The power of the Xeraphin was controlled by two aspects, good and evil, of the same personality. The Master was able to access the Xeraphin power to perform what seemed to be conjuring tricks, as well as to create mass hallucinations, but the schism within the Xeraphin meant that the power was unstable – sometimes it worked for him, but sometimes it worked against him. (Time-Flight). They were possessed time sensitivity. (Prisoners of Fate)

The Xeraphin warned the Constructors of Destiny not to build the Mad Mind of Bophemeral. (The Quantum Archangel)

The Xeraphin were thought to have become extinct after being caught in the crossfire of the Vardon-Kosnax War, but the survivors fled to Earth and built a great citadel after their spacecraft crash-landed. Suffering from radiation poisoning, the Xeraphin merged into a single bioplasmic organism. In this state they hoped to survive until the poisoning wore off. However, as the moment of their regeneration neared, The Master also arrived on Earth, his TARDIS having been damaged enough to leave him stranded there. In need of a new power source, The Master was irresistibly drawn to the Xeraphin sanctum and its power at the moment of their regeneration, when the first-reborn Xeraphin emerged, The Master destroyed them with his Tissue Compression Eliminator. The Xeraphin retreated back to their resting place, and were apparently able to expel The Master from their sanctum.