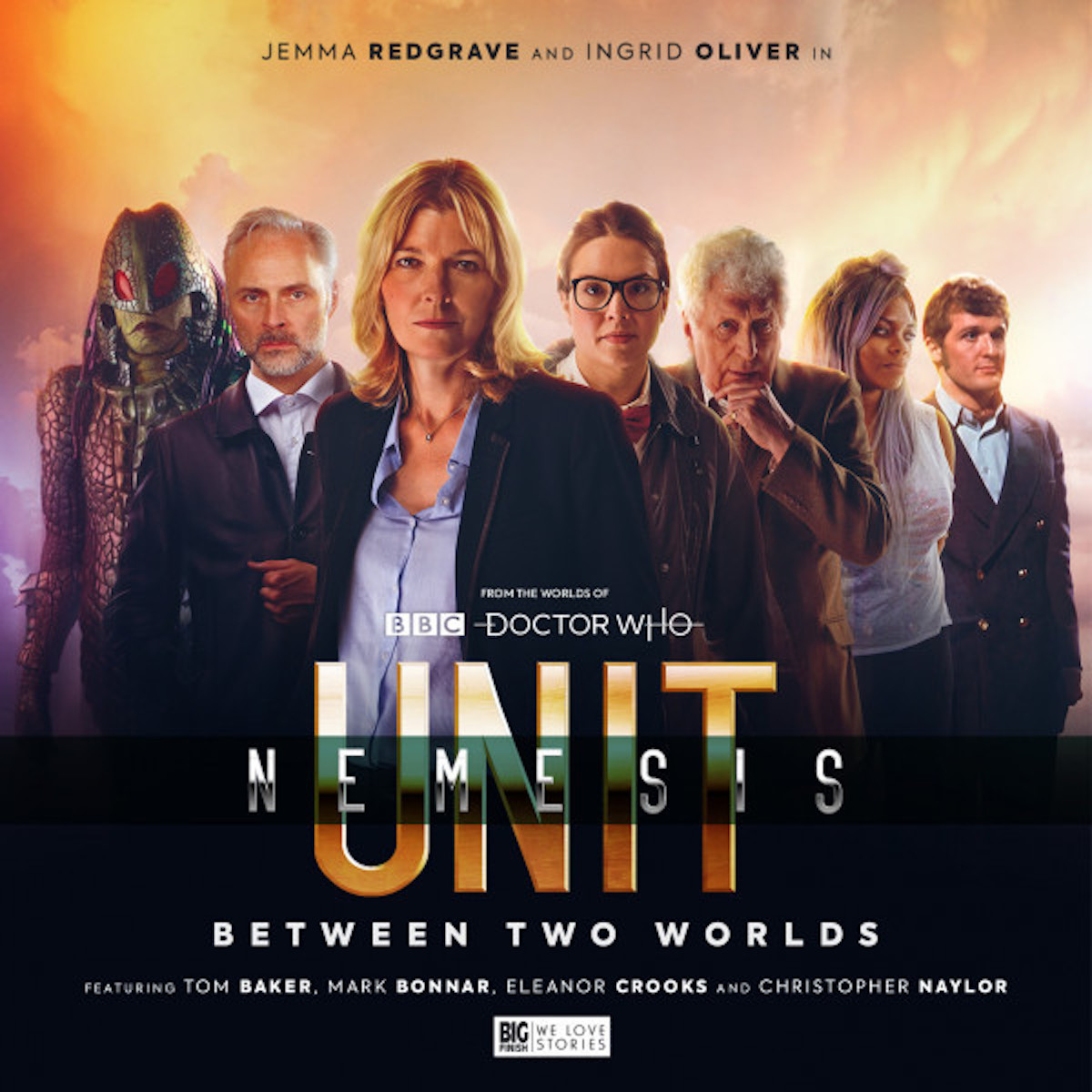 This title was released in November 2021. It will be exclusively available to buy from the Big Finish website until 31 January 2022, and on general sale after this date.

An ancient artefact, a stone arch anachronistically imbedded with electronic circuitry, is recovered following a rupture in an undersea stretch of the Mull lava group in North West Scotland, a geological feature dating from tens of millions of years ago.

1.1 The Enemy Beyond by Andrew Smith

In a UNIT facility beneath Edinburgh Castle, Kate and Osgood work to unlock the mystery of a stone arch discovered buried in a prehistoric rock formation.

When the arch takes one of their number away to a strange, bleak world, it leads to an encounter with a Time Lord. One with multiple personalities. Soon the Eleven is loose on the streets of Edinburgh and plotting to seize the arch from UNIT by any means necessary.

1.2 Fire and Ice by John Dorney

When Kate needs Harry Sullivan’s help with a threat from the Eleven, she and Osgood travel to Australia to meet him. He’s there with Naomi Cross, investigating footage of an apparent UFO crash that turned up on social media.

They find themselves caught in the middle of a conflict between Ice Warriors. And one Ice Warrior isn’t so icy –in fact, he’s red hot. And getting hotter…

A series of jewel robberies in London and the Home Counties draws the attention of UNIT when it’s discovered that some of the stolen gems are alien in origin. The robberies are the work of an organised criminal gang led by East End villain Ava Drake. But Ava has a new, ruthless partner. The Eleven has promised her riches, and for him the gems are a means to defeat UNIT and regain the arch.

1.4 The Curator’s Gambit by Andrew Smith

The arch is taken to the Under Gallery for safe keeping, under the protection of the Curator. When the Eleven penetrates the Gallery’s security, the Curator initiates an emergency plan. He and UNIT play a game of cat and mouse with their pursuers within the Under Gallery’s original location, Hampton Court Palace.