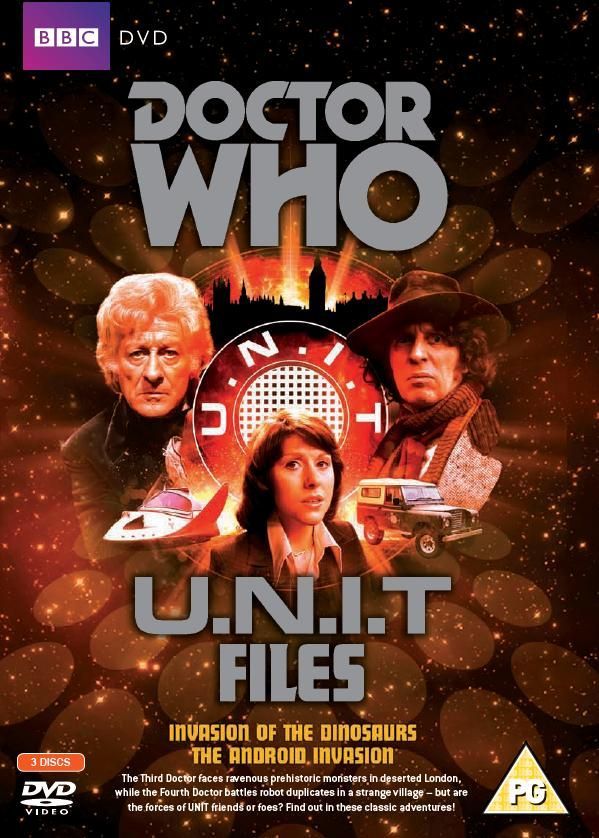 Invasion of the Dinosaurs

The Doctor and Sarah arrive back in the TARDIS to find London completely deserted – except for the dinosaurs. Has the return of these prehistoric creatures been deliberately planned and, if so, who can behind it all?

When the TARDIS materialises just outside a sleepy English village, it appears The Doctor and Sarah Jane are nearly”home” at last. But all is not as it seems in rural paradise. White-suited, gun-wielding guards stalk the countryside, while the village itself is eerily deserted. As The Doctor and Sarah look on, a UNIT member leaps over a cliff to his death and, as the clock strikes twelve, the local pub is suddenly filled with strange robotic villagers

Invasion of the Dinosaurs