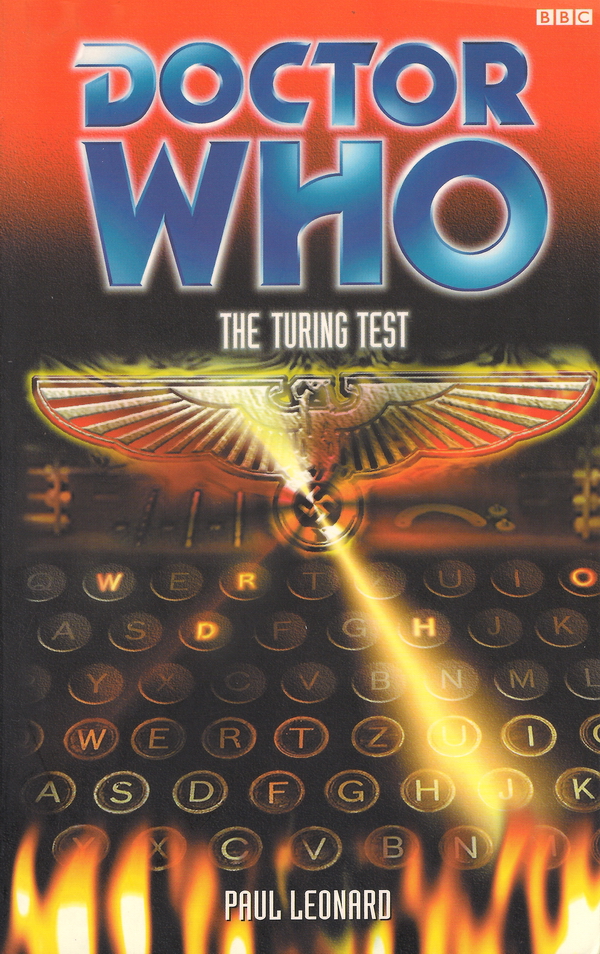 The Second World War is drawing to a close. Alan Turing, the code-breaker who has been critical to the allied war effort, is called in to break a mysterious new cypher. It’s coming from Germany, and everyone assumes it is German – everyone except Turing’s new friend, The Doctor, indeed it seems The Doctor knows too much about the code and the code-makers – and when people start to die, even Turing wonders it The Doctor is the one to blame.

Graham Greene, novelist and spymaster, has also encountered The Doctor, and thinks he’s a rum enough chap, but in a remote African village he has encountered something far stranger.

To find out the truth, they must all cross the front line and travel through occupied Germany – right into the firing line of the bloodiest war in history. What they find there has no human explanation- and only The Doctor has the answers. Or maybe, they’re just more questions…