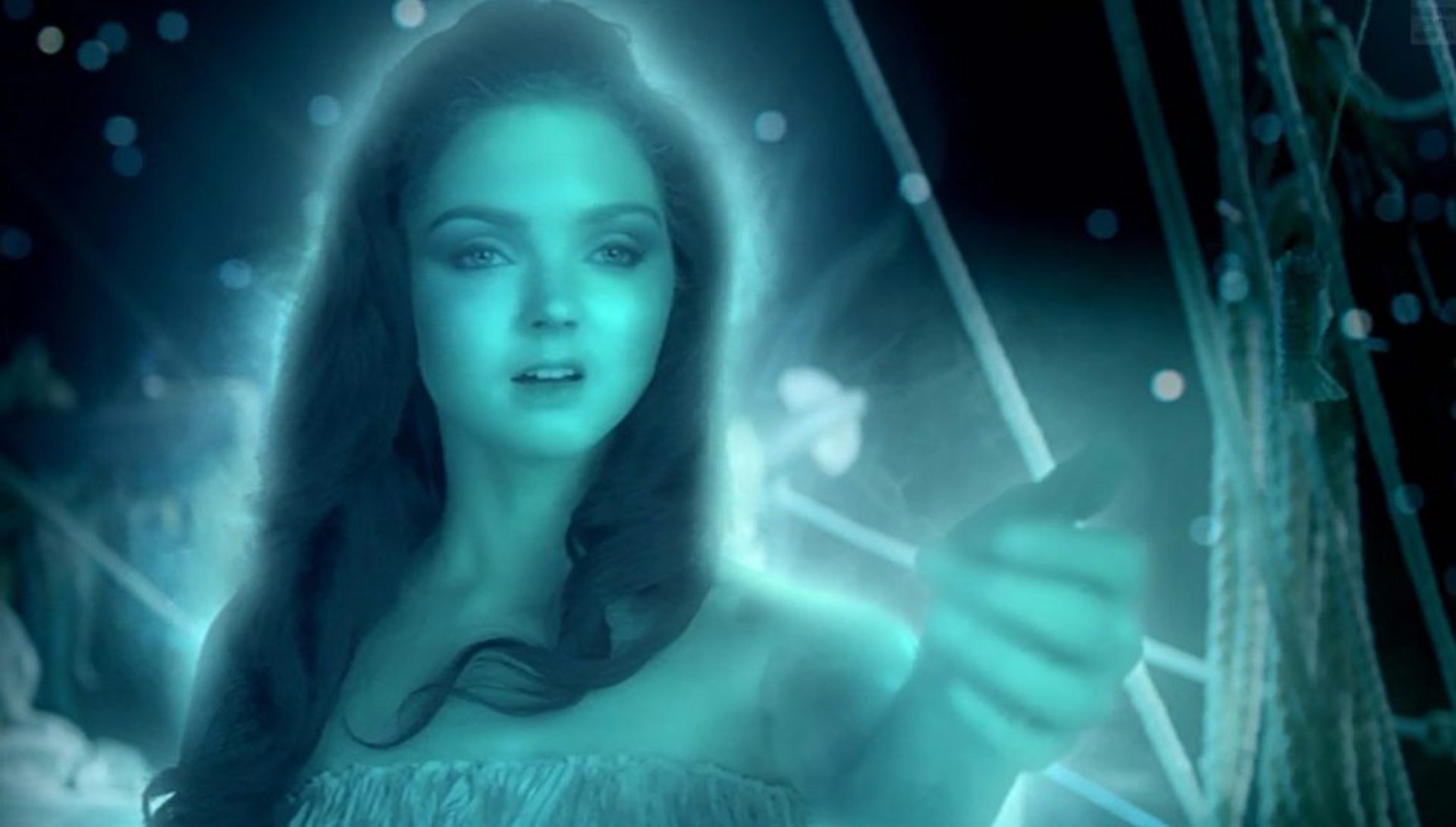 The Curse of the Black Spot

The “Siren” was a virtual doctor from a spaceship who took pirates from the Fancy through a dimensional rift to treat them.

The Siren worked on an unnamed spaceship in another dimension. It accidentally became trapped in the same space as the Fancy in 1699. Any reflective surface acted as a portal to the other dimension. The crew was wiped out by a disease from Earth, leaving her with no patients. With nothing to do, she became aware of the Fancy’s presence, and sensed any crew member who was wounded in the slightest way (for example, a small cut). She then took tissue samples of the wounded sailor, leaving a black spot so she could return and take the sailor to the sick bay to care for. However, even though she could keep her patients alive with life support, she didn’t know how to cure their ailments as they did not come from the planet she was programmed on. She continued to do so after the Eleventh Doctor, Rory Williams and Amy Pond arrived, despite their attempts to ward her off.
During a storm, she took Captain Henry Avery’s son, Toby. When Rory was knocked off the ship and began to drown, The Doctor exposed a reflective surface so that she could save him. The Doctor, Amy and Captain Avery all allowed themselves to be taken by the Siren to see where they would go. When they found Rory and the crew, Amy showed the Siren her wedding ring. The Siren gave her consent to care for Rory. Captain Avery knew that his son couldn’t be saved, so he took over the space ship with his crew, allowing the Siren to care for them. (The Curse of the Black Spot)

The Siren appeared to possess limited intelligence. Incapable of communication by any language and being unable to detect the severity of an injury (she would take those who had a simple cut), the Siren refused to let anyone help her patients unless they were connected in some way, such as marriage. She required them to “sign a consent form” by placing a hand in a glowing ring that appeared on her palm, confirming they would take full responsibility for the patient. She was fanatic about keeping germs out of the sick bay, threatening to incinerate The Doctor when he sneezed. (The Curse of the Black Spot)

The Siren could look like the species she treated, when attempting to treat humans, she looked like a green woman clothed in a gown. When interfered with or faced with contaminated material, she would become red and angry.
When someone was injured, she took a tissue sample from their hand, leaving a black spot, which would be removed as soon as the patient was sent to the sick bay. The Siren’s singing acted as an anaesthetic. She used her song to lure individuals to her, although it only affected those from whom she had taken a tissue sample. On touching her, people would be teleported to a sick bay. Her screams were also capable of catapulting people away, as Amy was thrown backwards when she protected Rory from being taken. She used this to keep herself safe from contaminated materials or on those between her and her patients. The Siren could also produce fire to sterilise infected material. She almost incinerated The Doctor. (The Curse of the Black Spot)