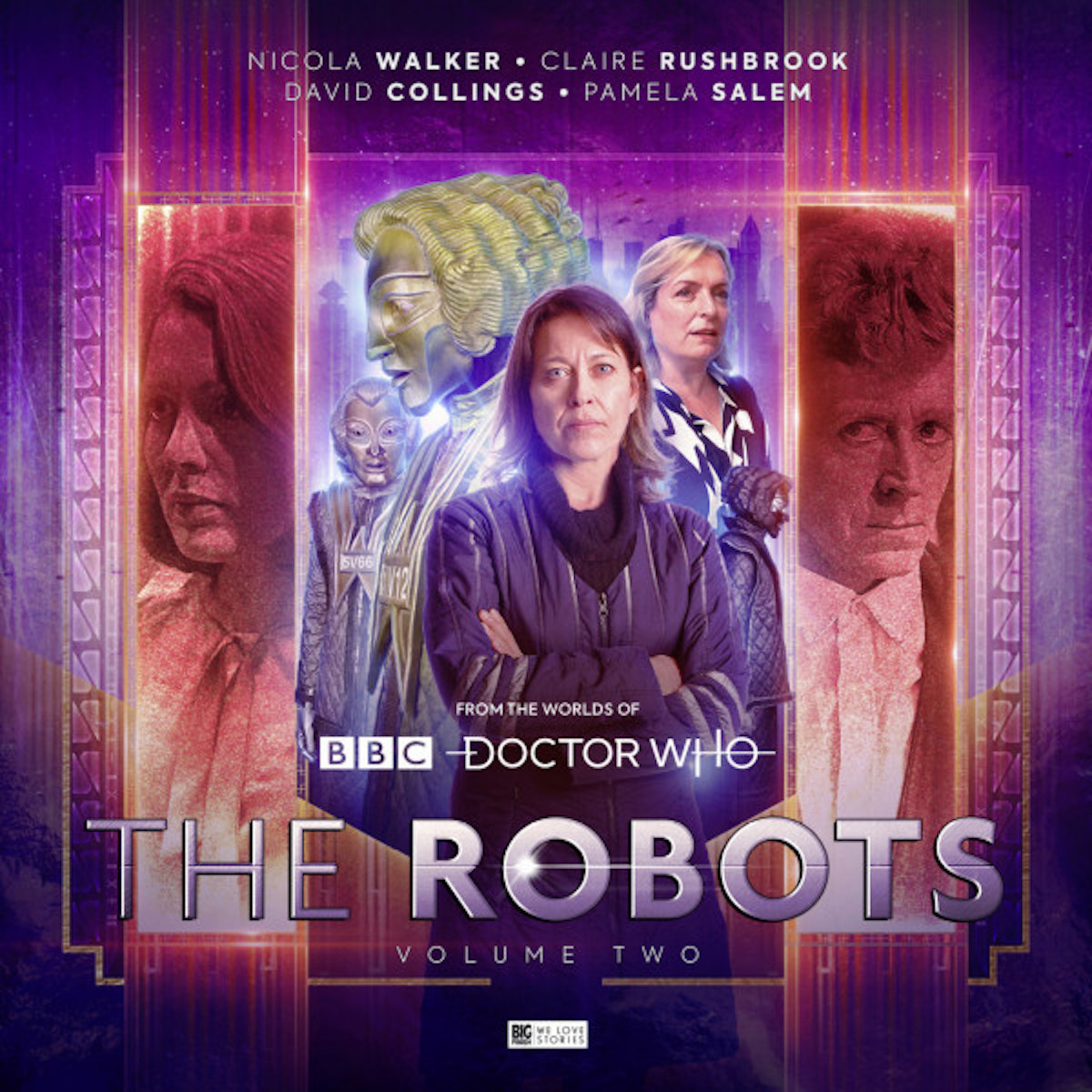 During the events of Doctor Who: Ravenous 2, Liv Chenka left The Doctor and the TARDIS behind. Just for one year. A year during which she would live on Kaldor, and get to know her sister Tula all over again.

But Kaldor is going through a period of tumultuous change. Technology is changing at an advanced rate – the robots are evolving, artificial intelligence is adapting, and with these changes so politics is altering too. Dangerously.

Can Liv and Tula make a difference during the most turbulent time in the world’s history?

2.1 Robots of War by Roland Moore

A visit to an old flame goes badly wrong for Liv and Tula and soon they find themselves locked down in a military training base, surrounded by traitors and robots designed and built for war. As they attempt to get everyone out alive, is there a chance they’ve missed something important?

2.2 Toos and Poul by Andrew Smith

When a murder takes place in an isolated outpost, there’s only one man who can look into the crime. Investigator Poul, newly reunited with his Sandminer colleague Toos. But can he over-come his fears and prejudices and solve the case?

2.3 Do No Harm by Sarah Grochala

After an incident in a laboratory leads to a tragedy, someone needs to be found accountable. And who better to be prosecuted than a robot? But when complicated ethical questions arise, the outcome of the trial becomes bigger than a single case. What if somebody else is working behind the scenes?