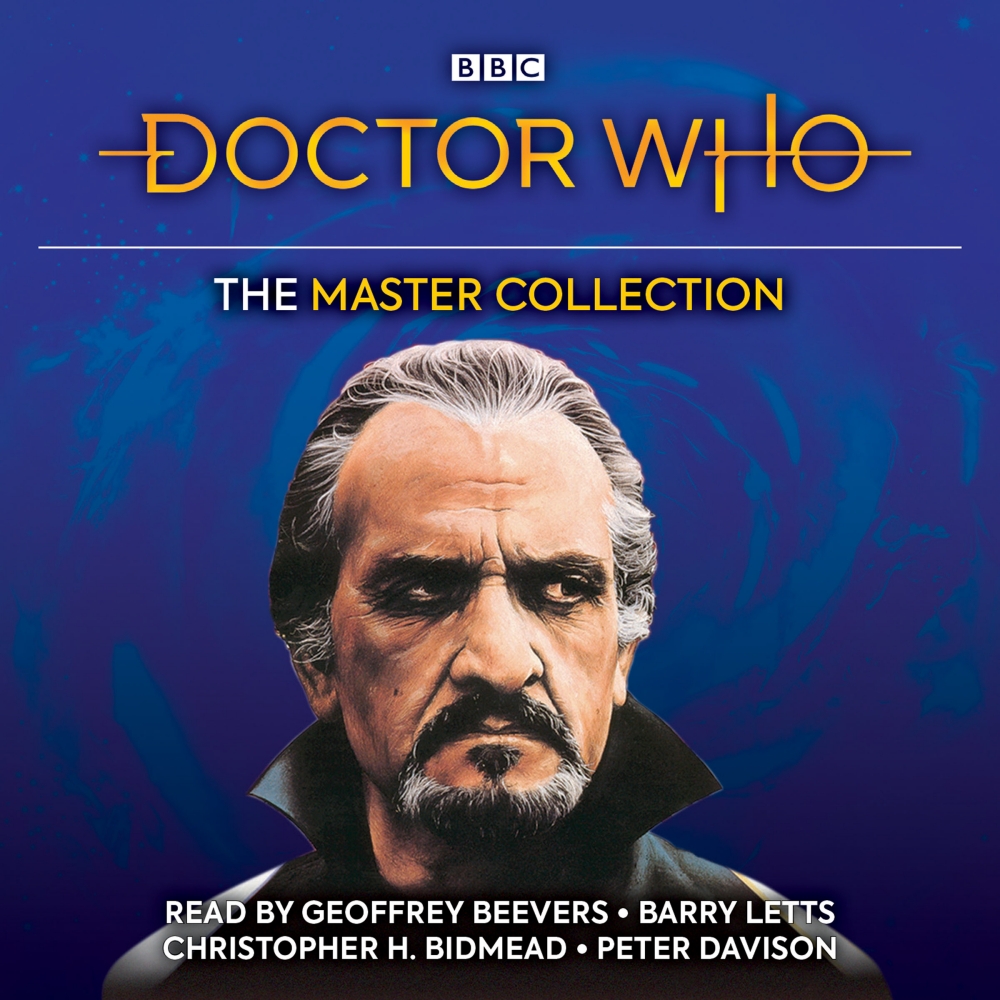 The Master Collection was a box set collecting five Target novelisation readings. All of the stories novelised featured The Master.

In Doctor Who and the Doomsday Weapon by Malcolm Hulke, The Master has stolen the Time Lord’s files on a weapon which could make him ruler of the Galaxy.

In Doctor Who and the Daemons by Barry Letts, secret ceremonies have been designed to conjure up a horribly powerful being from another planet.

Doctor Who and the Sea-Devils by Malcolm Hulke finds The Master aiding and abetting members of a submarine colony who plan to seize control of the Earth.

In Logopolis by Christopher H. Bidmead, even The Master is horrified by the threat of total chaos he unintentionally precipitates, and in Castrovalva by the same author he devises a trap for a newly regenerated Doctor.

Each purchase is accompanied by a PDF booklet featuring full cast and credits, chapter-by-chapter navigation, and sleeve notes for each book by David J. Howe.