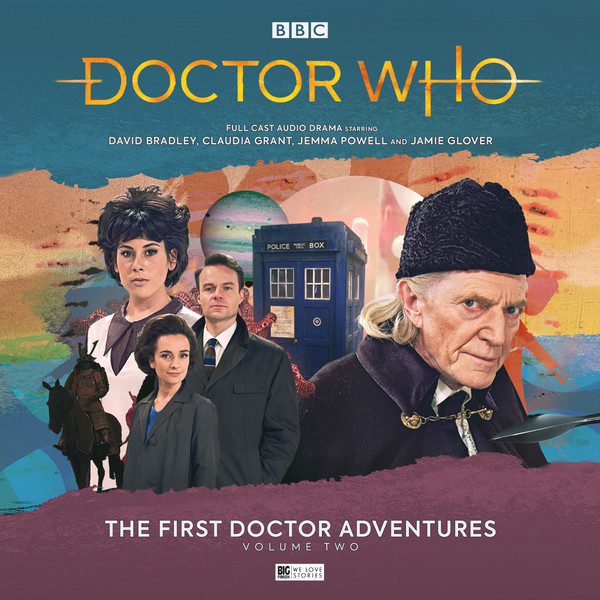 2.1 The Invention of Death by John Dorney

After an experimental flight, the TARDIS crew find themselves on one of the strangest worlds they have ever encountered.

Alien life takes many forms, and on Ashtallah the travellers find all their preconceptions tested.

But this world is about to make a discovery – and it could mean the end of everything.

2.2 The Barbarians and the Samurai by Andrew Smith

In 19th Century Japan, Westerners are forbidden. So when the TARDIS arrives near Lord Mamoru’s castle, the daimyo’s Samurai are soon on their trail.

Uncovering secrets at court and treachery in the ranks, The Doctor and his friends are drawn into intrigue.

And, as a battle begins, they are caught in the middle.

“Even while they capture that distinct Sixties feel, these two stories also feel modern, too. It’s a difficult balance to get right, but both writers have achieved it increditsibly well. The second volume of the First Doctor Adventures is another amazing success” Doctor Who Watch

“the First Doctor Adventures Volume 2 is something special. The Invention of Death is a stand-out story for the year, and a strong contender for Big Finish’s best release of 2018. The Barbarians and the Samurai is one of the most accurate historicals to date, and finds an interesting, new role for our leads in a historical story.” DWAS

David Bradley (Broadchurch, Harry Potter, Game of Thrones) reprises his portrayal of the First Doctor in the First Doctor Adventures alongside his co-stars from the BBC Movie, An Adventure in Space and Time, with Claudia Grant playing Susan, Jemma Powell as Barbara and Jamie Glover as Ian.