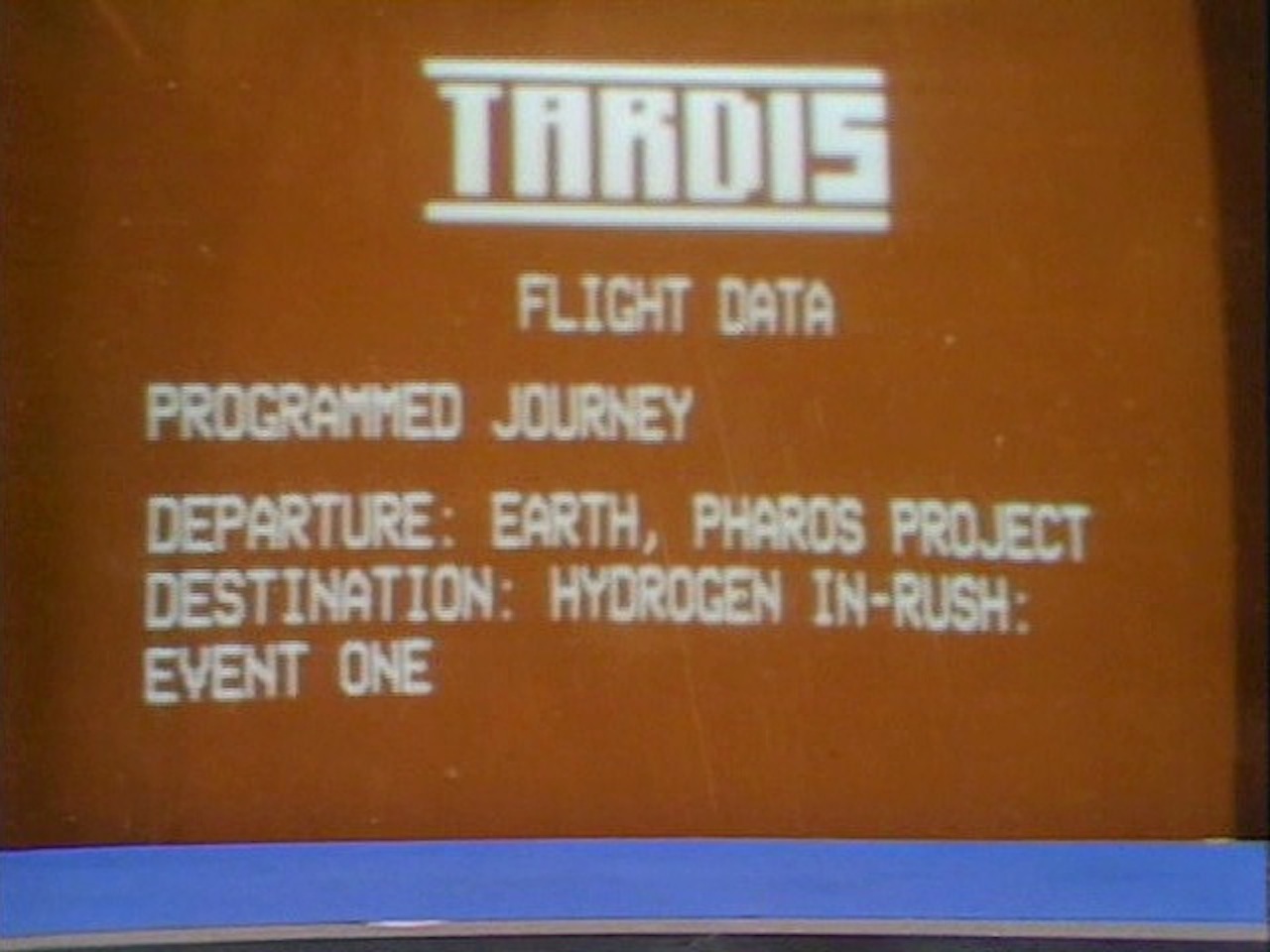 The TARDIS information system was a searchable database discovered by the Fifth Doctor’s companions Nyssa and Tegan from a readout in the control room. the Fifth Doctor called it the TARDIS databank.

Articles in the databank were accessed by typing in an initialism for the subject. Entering IF, for example, brought up the database’s index file.

The Master had modified The Doctor’s TARDIS using Block Transfer Computation as part of his plan to ensnare The Doctor in Castrovalvaat least some of the databank’s contents, such as the entry on Castrovalva, would not otherwise have existed. (Castrovalva)

Nyssa later consulted the databank to give a definition of Rondel, and discovered that it was anciently known as the Arc of Infinity. (Arc of Infinity) Turlough read aloud a historical account from the information system, telling of Earth’s collision with its sun to Tegan in order to purposefully upset her. (Frontios)

Kamelion connected to the databank by cable, resulting in a damage for its systems. (Planet of Fire)

The TARDIS databank could not be accessed when the TARDIS was”exhausted”. (The Gift)

the Eleventh Doctor asked Amy Pond to use the databank to search for information on the house containing 79A and 79B Aickman Road, including plans of the building, its history and its layout. She found that 79B in fact did not exist. (The Lodger)

Handles used the TARDIS databanks to identify the origin of the Questedition. (The Time of the Doctor)

The graphics department seemed confused about capitalisation Technically, they called it the”TARDIS Information system”, which awkwardly capitalises one word but not the other. On this wiki, we’re arbitrarily choosing to go with a lowercase”information” and”system”, since most other TARDIS components do not get capitalised.