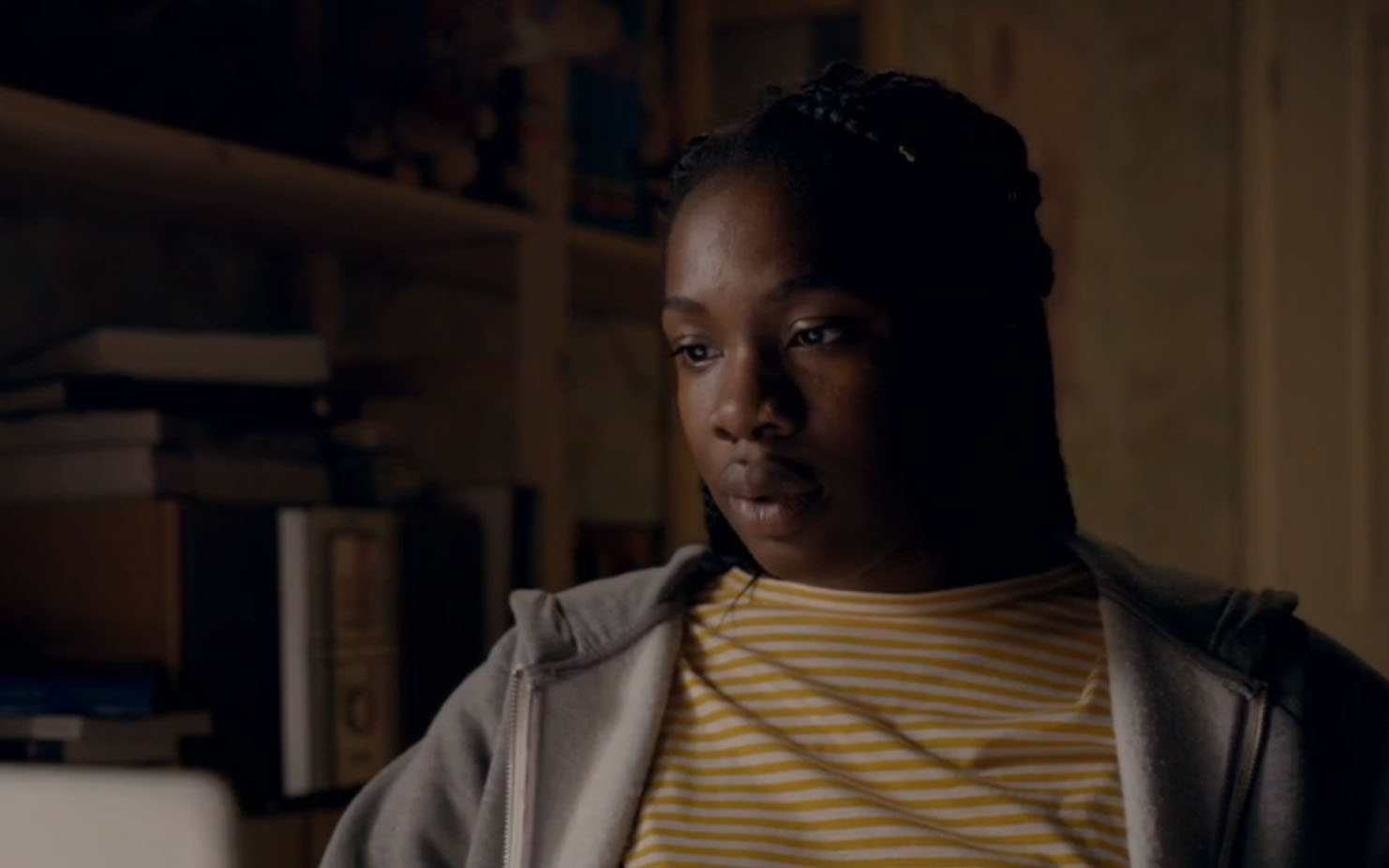 Tanya was a student at Coal Hill Academy. She was fourteen years old (The Coach with the Dragon Tattoo) and in 2016, moved up two years to sixth form due to her intelligence. (For Tonight We Might Die)

Her mother, Vivian, was originally from Nigeria. (The Coach with the Dragon Tattoo)

One Tuesday, Tanya, April and Charliesaw Amar Sai on the roof. They managed to prevent”joyrider” Viola Cummings, who was controlling Amar’s body, from running a trial suicide at his expense. (Joyride)

On the two year anniversary of her father’s death, a creature called the Lankin came through the rift and took the form of people’s dead loved ones. The Lankin, in the form of Jasper Adeola, tried to entice Tanya into embracing him and thus allowing the Lankin to feed on her grief. She knew that this was not her father, and poisoned the Lankin with the anger she felt when her father died. When Miss Quill drove a double decker bus into the trunk of the Lankin, it knocked the doppelgänger of Tanya’s father out of the window, and in weakened state, the Lankin retreated back into the rift. Tanya later reminisced about her father with her mother. (Nightvisiting)

At the time when the killer petals arrived, she became curious if Charlie appeared completely human and asked Matteusz Andrzejewski this, thinking that he would know due to their intimacy. After Ram told her that Corakinus was influencing April, she arrived in time to see April travel to the Shadow Realm. (Co-Owner of a Lonely Heart)

After going to tell Ram’s father that Ram had travelled to the Underneath, and with him and April’s parents they travelled to Coal Hill as the Killer Petals started to engulf humans. She received a text message from Matteusz telling her that Shadows kill petals, which she then told April when she returned from the Underneath. (Brave-ish Heart)

She was put in detention by Quill with the rest of her friends. She was intrigued into what the meteor that collided with the room contained and why it was there. After observing that when Matteusz held the meteor he started acting strangely, she decided to hold it to get more information about it. She realised that it contain some alien conciousness and as it asked them to confess they could ask it things. As part of the anger she felt she confessed that she thought that the rest of the gang didn’t think of her as a friend but more of a little sister, as she was three years younger then the rest of them. She also had some racial tensions stiring up inside her. (Detained)

Around the same time, Tanya stole some sweets from an off-licence. She tried to pretend she didn’t know it was wrong, but her mother sat her down, and made her tell the truth. (Detained)

She remained in detention while Quill was out and does not feature in the episode until the end (The Metaphysical Engine, Or What Quill Did)

She distanced herself from her friends, once she knew what they thought of her. Her mother noticed this and asked her about this but she wouldn’t respond and said she was focussing on her studies. Soon after Corakinus killed her mother. This made her angry and she went to Charlie’s house to get him to use the Cabinet of Souls to destroy the Shadow Kin. She instead found Quill there who told her to bring the Cabinet to the school. She went to check on her brothers, in time to see Corakinus start to attack them. Quill managed to fight him off, and Tanya asked to be taught how to fight. She used this to her advantage after Charlie, as King of the Shadow Kin, activated the Cabinet of Souls and had to fight off the Shadow Kin who wanted to stop him. (The Lost)

Back to Class page