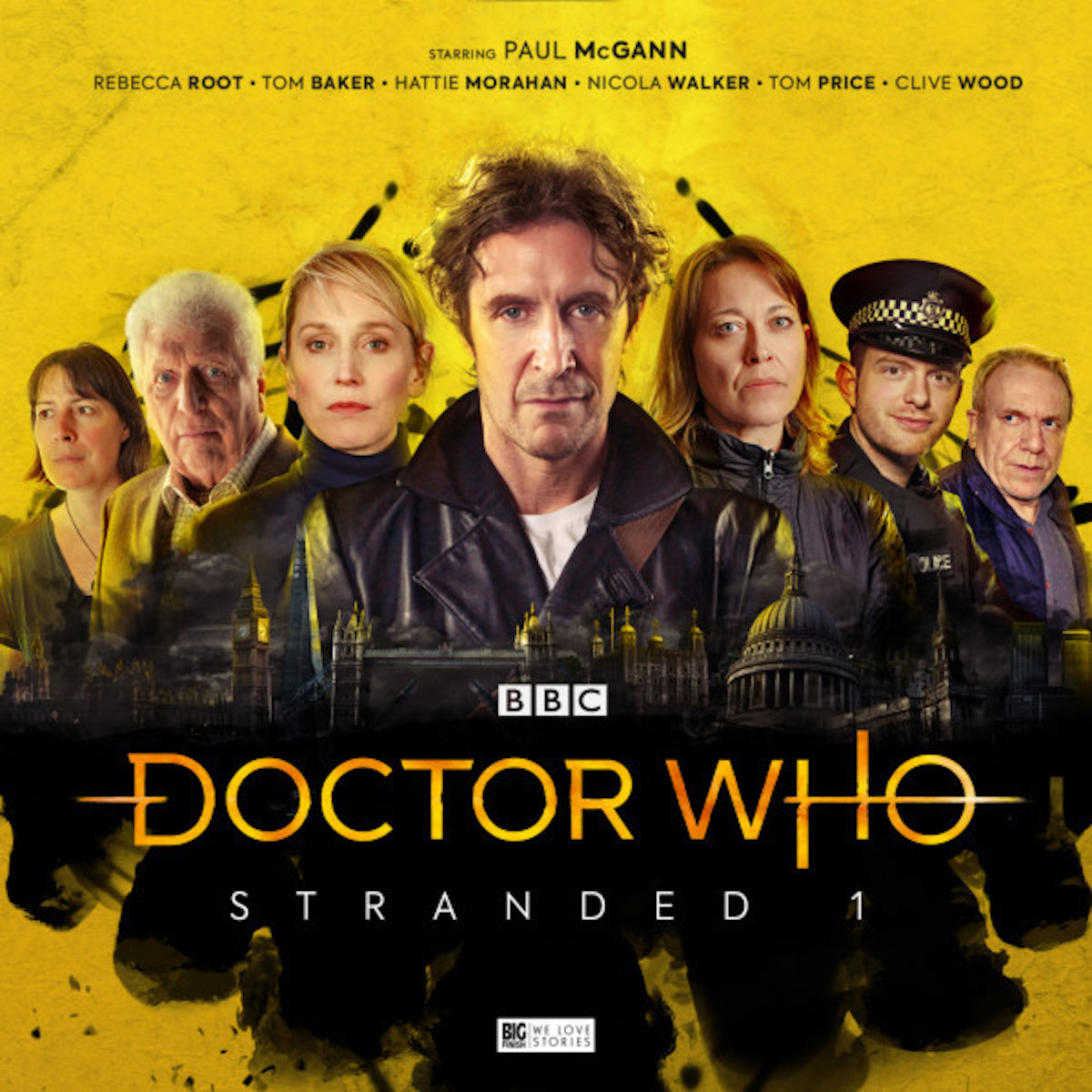 This title was released in June 2020. It will be exclusively available to buy from the Big Finish website until July 31st 2020, and on general sale after this date.

The TARDIS is gone. Stranded in one time and place, The Doctor, Liv and Helen seek refuge in Baker Street. But the house has changed: they now have neighbours – not all of them welcoming. And someone has a dire warning for the future.

The Doctor and friends face their greatest challenge yet: living one day after another, in 2020 London.

Trying to find a way to resume his travels, The Doctor calls in some old favours.

As the residents get to know the new arrivals, something else finds its way into Baker Street, seeding suspicion.

Helen meets a man with a very familiar face – and a terrible warning.

After weeks of London living, some of the TARDIS crew are finding it easier to adjust than others.

Liv has found a new friend, but Helen is worried about The Doctor.

And when a tragic crime takes place, the Time Lord must learn the limits of his powers.

There are new arrivals in Baker Street: Sergeant Andy Davidson, and the helpful Mr Bird.

The Doctor isn’t happy that someone else in the house is more useful than him. When the residents’ TVs start to malfunction, he suspects foul play.

As The Doctor becomes desperate, Helen and Liv advise him to accept their situation.

Liv makes a date – but gets more than she bargains for when the whole household comes along.

And when a threat from the future finally arrives, The Doctor is placed in real danger. It’s time for the truth to emerge.

Landing in your home in July 2020 is the first of four box sets in the new Eighth Doctor Adventures series from Big Finish Productions.

The Doctor swaps outer space for inner London in this forthcoming full cast audio drama, and – unlike the TARDIS – the Time Lord’s house on Baker Street isn’t bigger on the inside, leading to domestic tensions.
Each volume of Doctor Who: Stranded is now available to pre-order as a collector’s edition box set (priced at £24.99), or on download (at £19.99).
Paul McGann stars as The Doctor, with faithful returning companions Helen Sinclair (played by Hattie Morahan) and Liv Chenka (played by Nicola Walker). Doctor Who: Stranded also introduces a new pair to the TARDIS team in the shape of Tania Bell (played by Rebecca Root) and Sergeant Andy Davidson (Tom Price reprising his role from the popular Doctor Who spin-off, Torchwood).
The TARDIS is gone. Stranded in one time and place, The Doctor, Liv and Helen seek refuge in Baker Street. But the house has changed: they now have neighbours – not all of them welcoming. And someone has a dire warning for the future.
The Doctor and friends face their greatest challenge yet: living one day after another, in 2020 London.
Actor Paul McGann said: “It’s not our usual fare, so it feels refreshing and somehow wintry. It’s dark outside. That time of year when the walls are closing in a bit. It’s got the flavour of a bunch of polar explorers stuck on a rock for the winter.
“What I like most about it is the contrast – the whizzing round galaxies and having adventures, and suddenly they’re having to share a space and they get cabin fever. And so The Doctor gets a bit bitter about it all. But they’re trying to make the best of it. It’s good and it’s funny as well.”
Producer David Richardson added: “Stranded is a brand new start for The Doctor Adventures. It’s a new setting, bringing in new characters and it has its own distinct tone. There’s no epic struggle to save the universe – this is about a group of people living in a house in London in 2020, and their struggles to find a role in this world. Of course there will be aliens and strange threats along the way, but the focus is always on our characters. It was a joy to see how much Paul McGann loved these scripts – some of his favorites out of all the ones we’ve made.”

The first box set in The Doctor Who: Stranded series will contain four spellbinding stories: