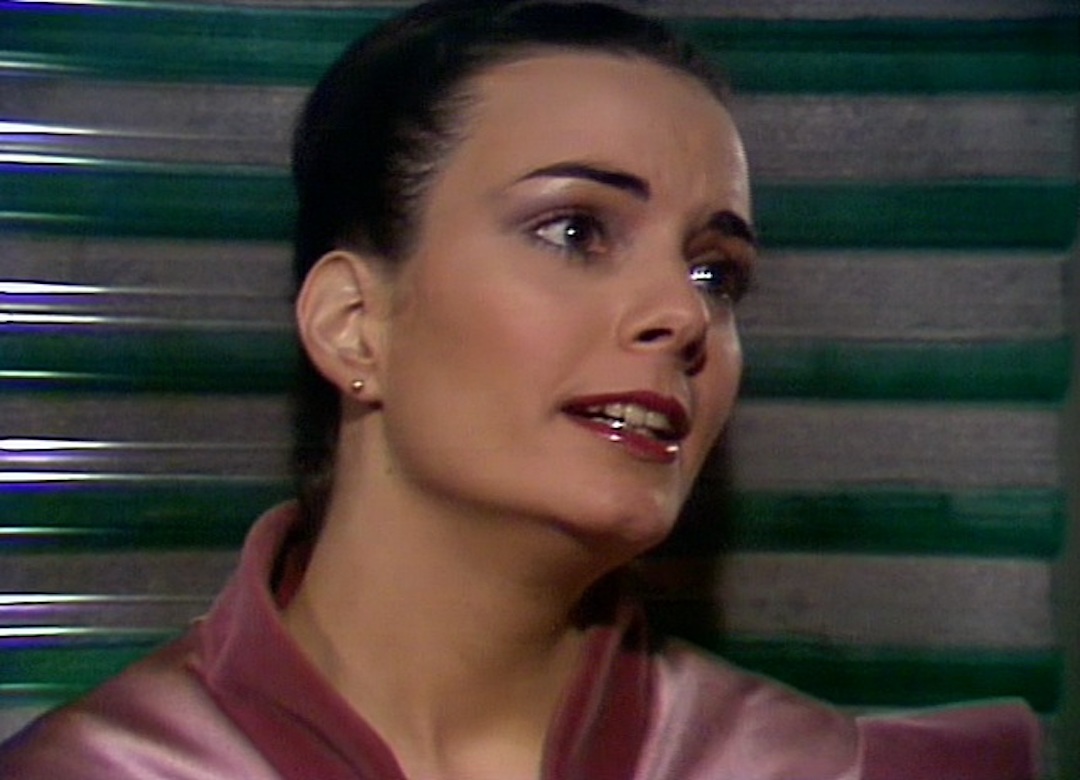 The Invasion of Time
Legacy of the Daleks

Rodan was a Time Lady who worked as a controller on Gallifrey.

Like all Time Lords, Rodan was taken from her familyat the age of eight for the selection process in the Drylands. Staring into the Untempered Schism as part of a Time Lord initiation, Rodan was inspired by what she saw in the Schism. (A BriefHistory of Time Lords)

As a very junior Time Lord, Rodan was assigned monitor duty. A technician reported to her the arrival of a stolen TT capsule on Tersurus, and she reported it to the Castellan. She hoped it would get her somewhere, otherwise she would be given a boring job like timing paint dry or watching over the transduction barriers. She was given the task of watching and maintaining the transduction barriers. (Legacy of the Daleks)

Rodan worked on maintaining the protective transduction barrier around the planet, monitoring threats to Gallifrey and reporting on it to her superiors.

Rodan met Leela when the savage came across her workplace. The two talked, and Rodan deactivated the force field separating them, deciding she liked Leela. A spacecraft entered within two spans of Gallifrey and Rodan sent out a red alert to warn of rhe impending attack.

Both Leela and Rodan left the Capitol, at which point they were taken prisoner by the Outsiders. Nesbin’s comments on Rodan’s dismal likelihood of survival in the wasteland caused her to cry. Leela and Rodan dined with the Outsiders, whom they convinced to help repel the Vardan invasion.

This was successfully achieved afterthe Fourth Doctor sent the Vardans back to their planet. However, the Sontarans invaded in their wake. Aboard his TARDIS, The Doctor hypnotised Rodan and had her build a De-mat Gun, which he used to remove Stor, the Sontaran leader, from time and so prevent the invasion. (The Invasion of Time)

Other than Susan Foreman, Rodan was the first female Gallifreyan seen on screen. Another Time Lady, Romana I, joined thethe Fourth Doctor in his travels in the following season.