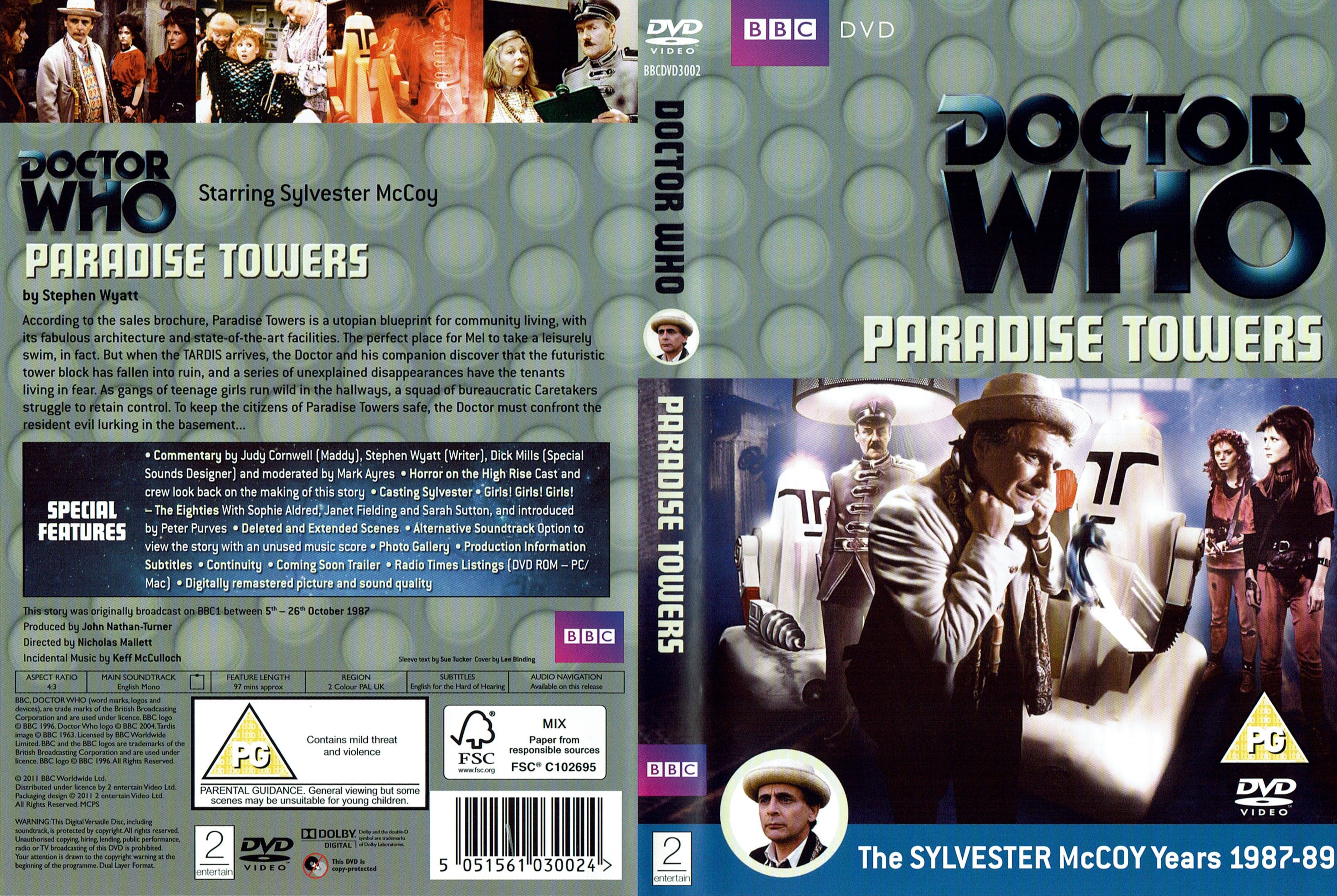 Mel wants to go swimming and, as the TARDIS pool has been jettisoned due to a leak, Paradise Towers seems to fit the bill. However, when she and the Doctor arrive, instead of the bright squares and charming cloisters the brochure promised, they find dark, rat-infested corridors full of uncontrollable cleaning machines, undisciplined street gangs and over-worked and belligerent caretakers. Some of the residents seem to be disappearing in mysterious circumstances, too.

What has caused such terrible decay? How could such perfect accommodation have become so rundown and dangerous? And why do the street-wise Kangs, apathetic caretakers, sinister Rezzies and Pex the self-appointed warrior who puts the world of Paradise Towers to rights all fear whatever terrible force dwells in the basement? Only the unpredictable Chief Caretaker knows what is down there and the real secret behind the disappearances