In The Forest of the Night 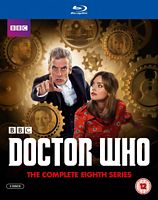 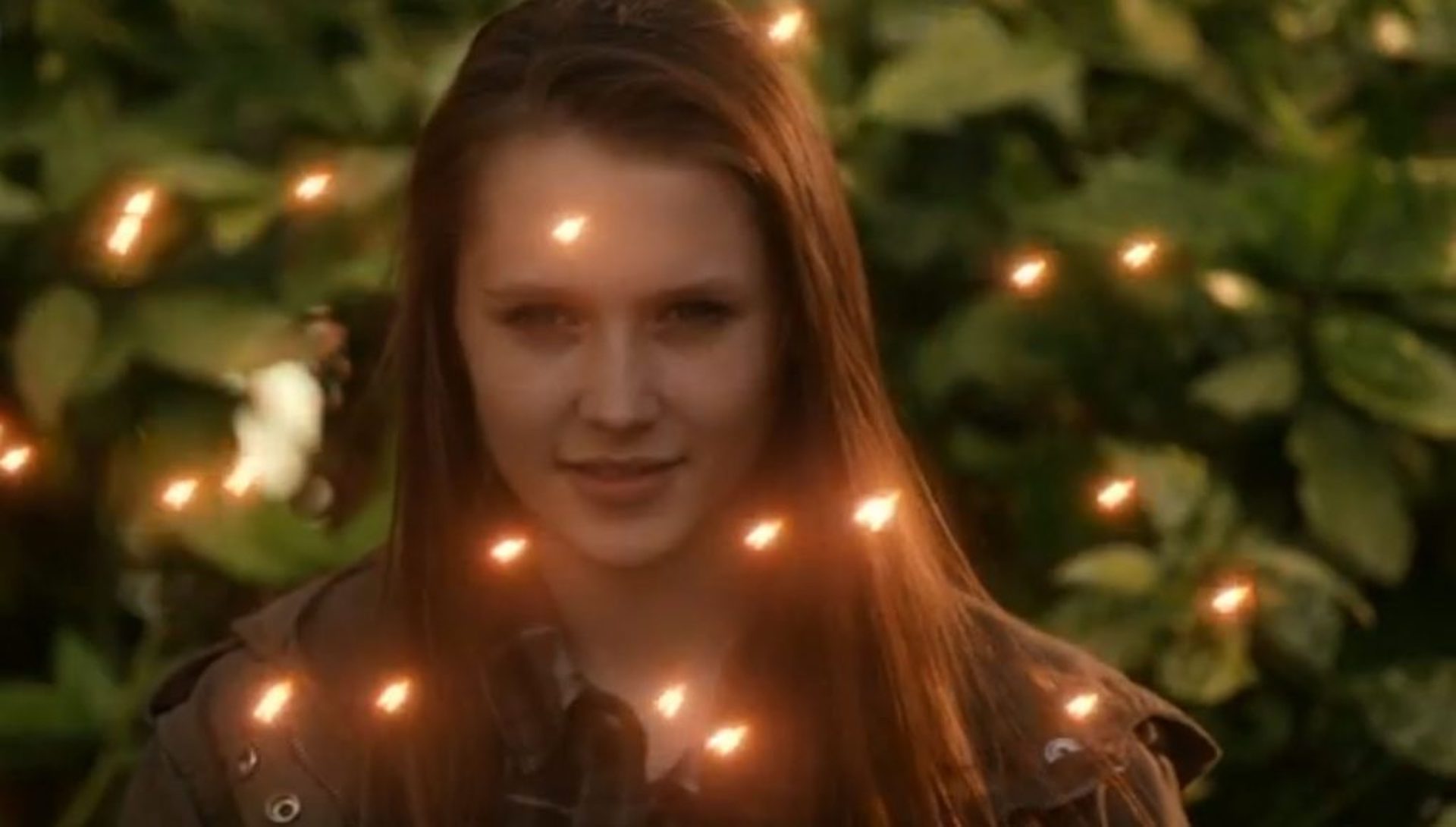 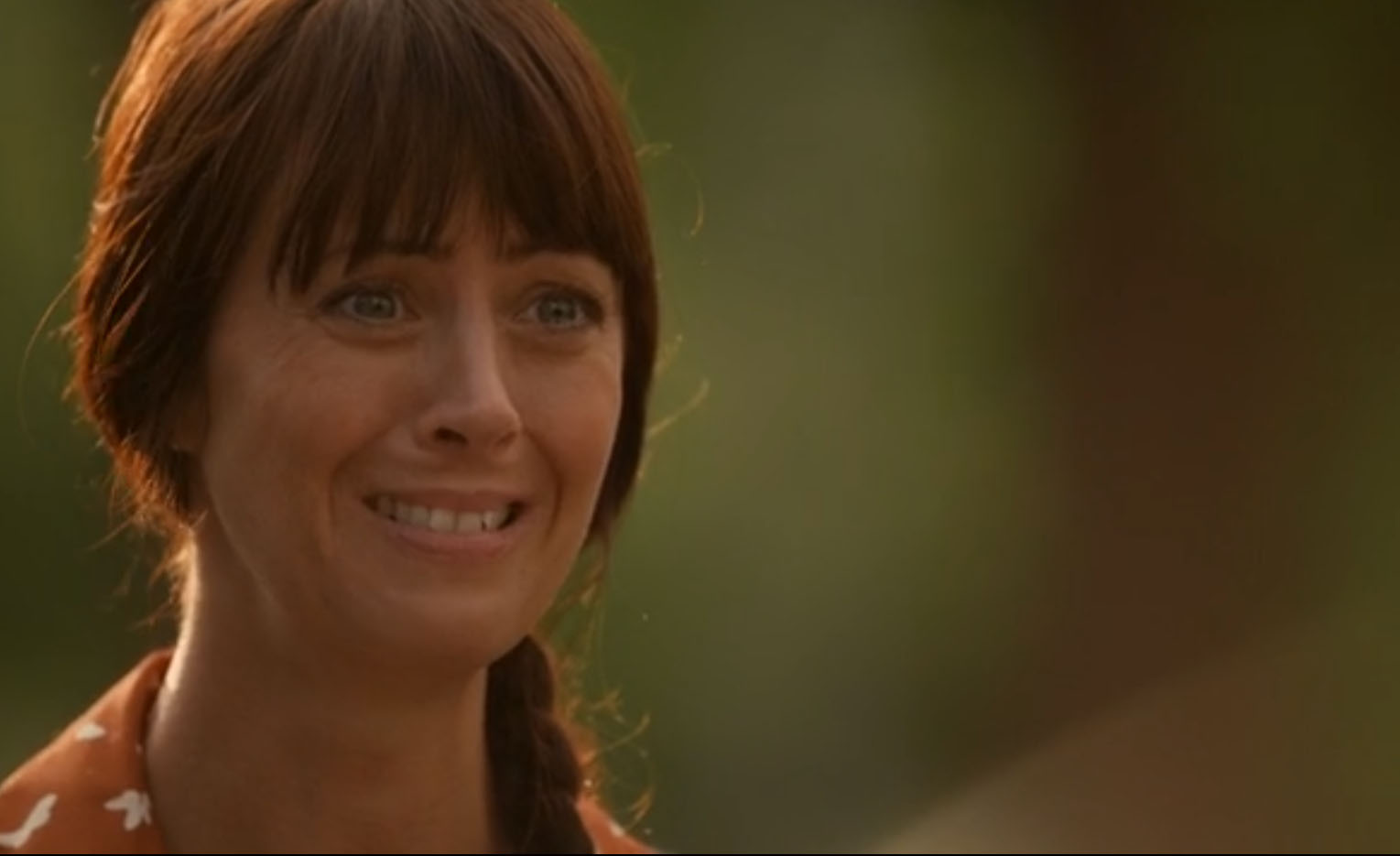 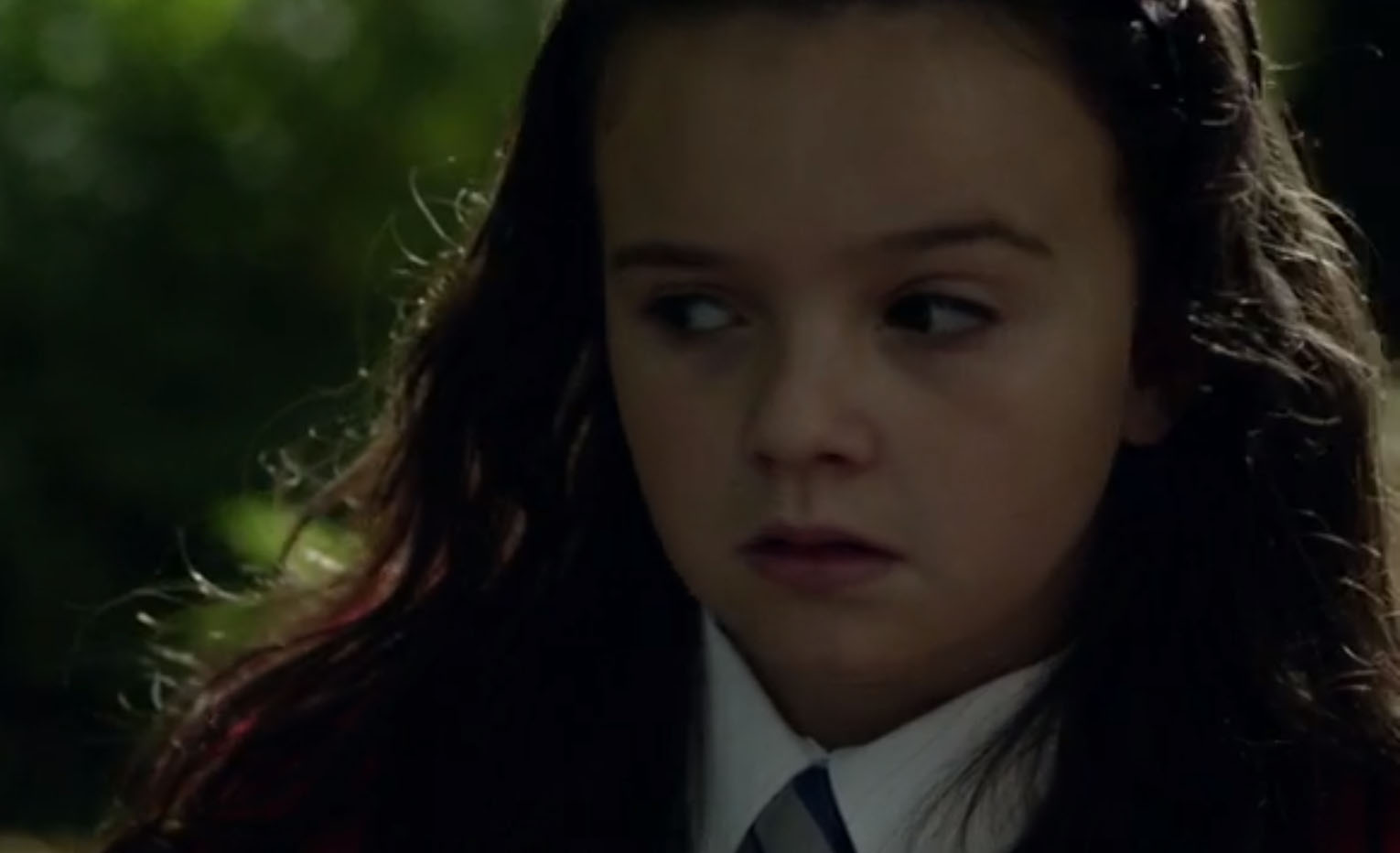 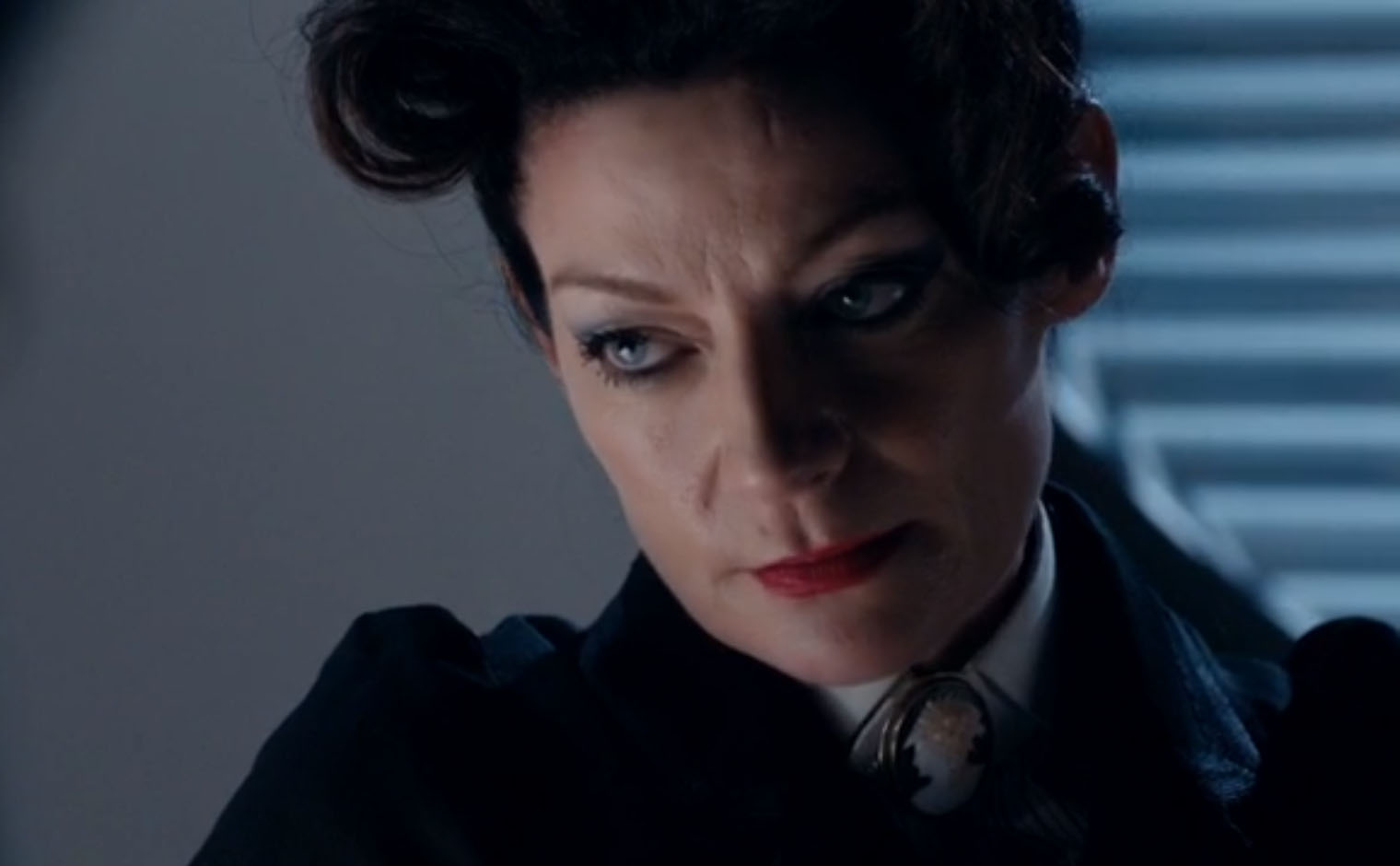 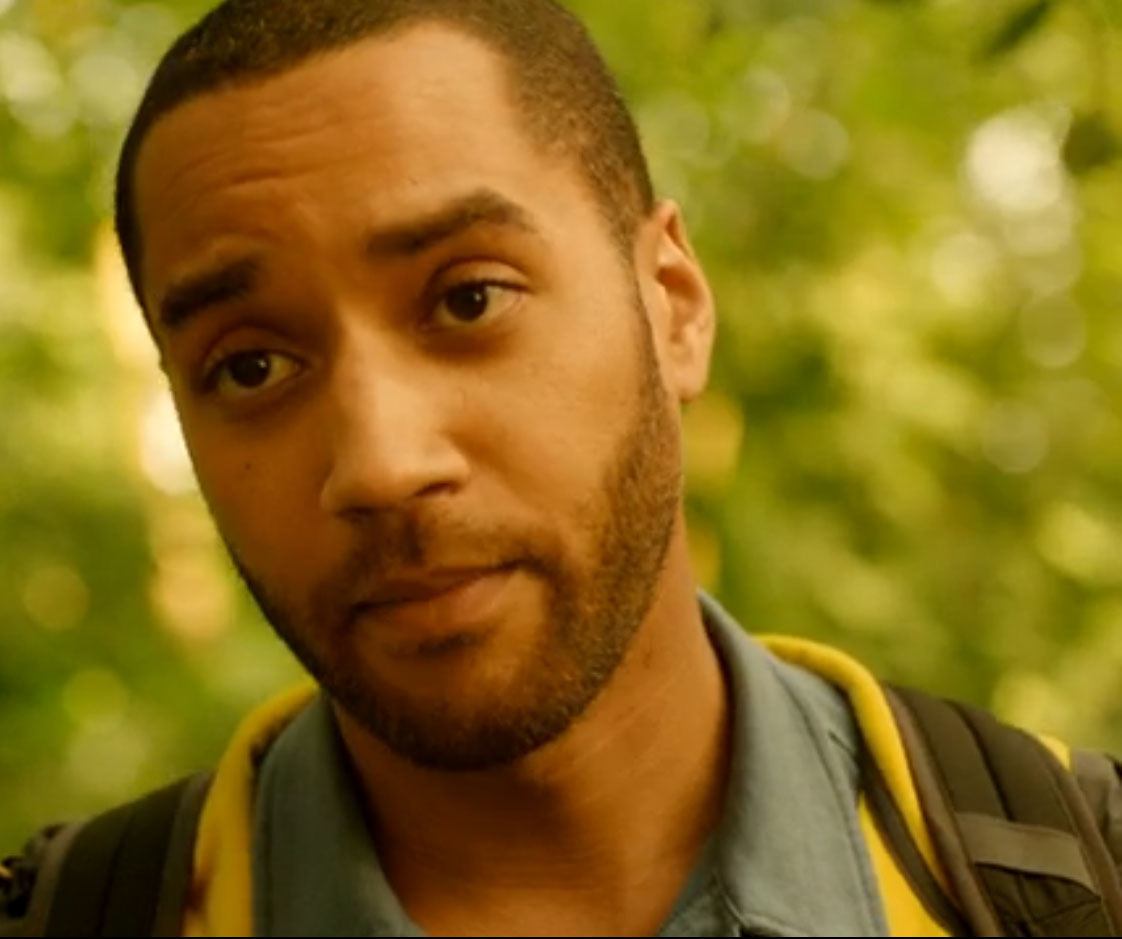 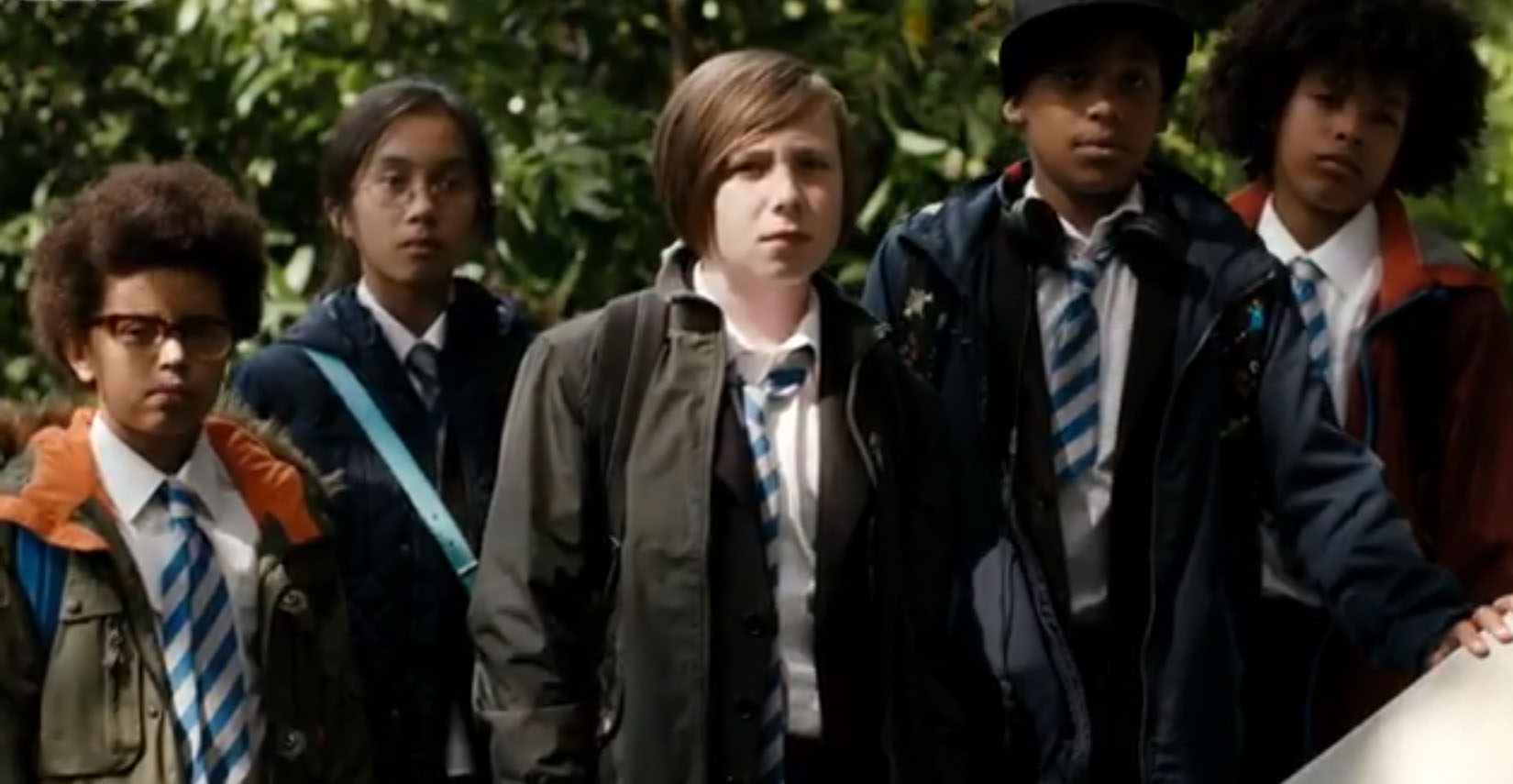 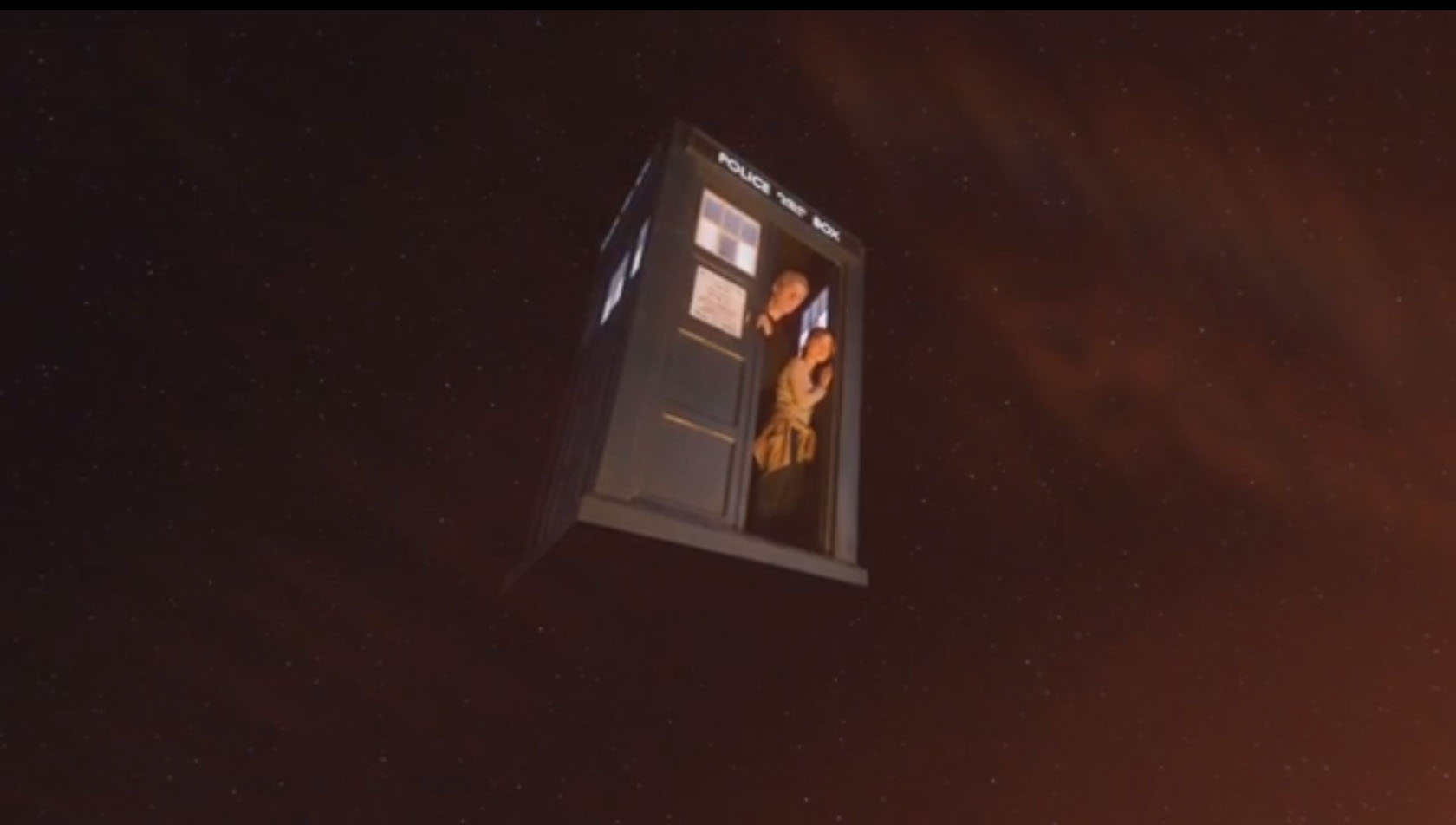 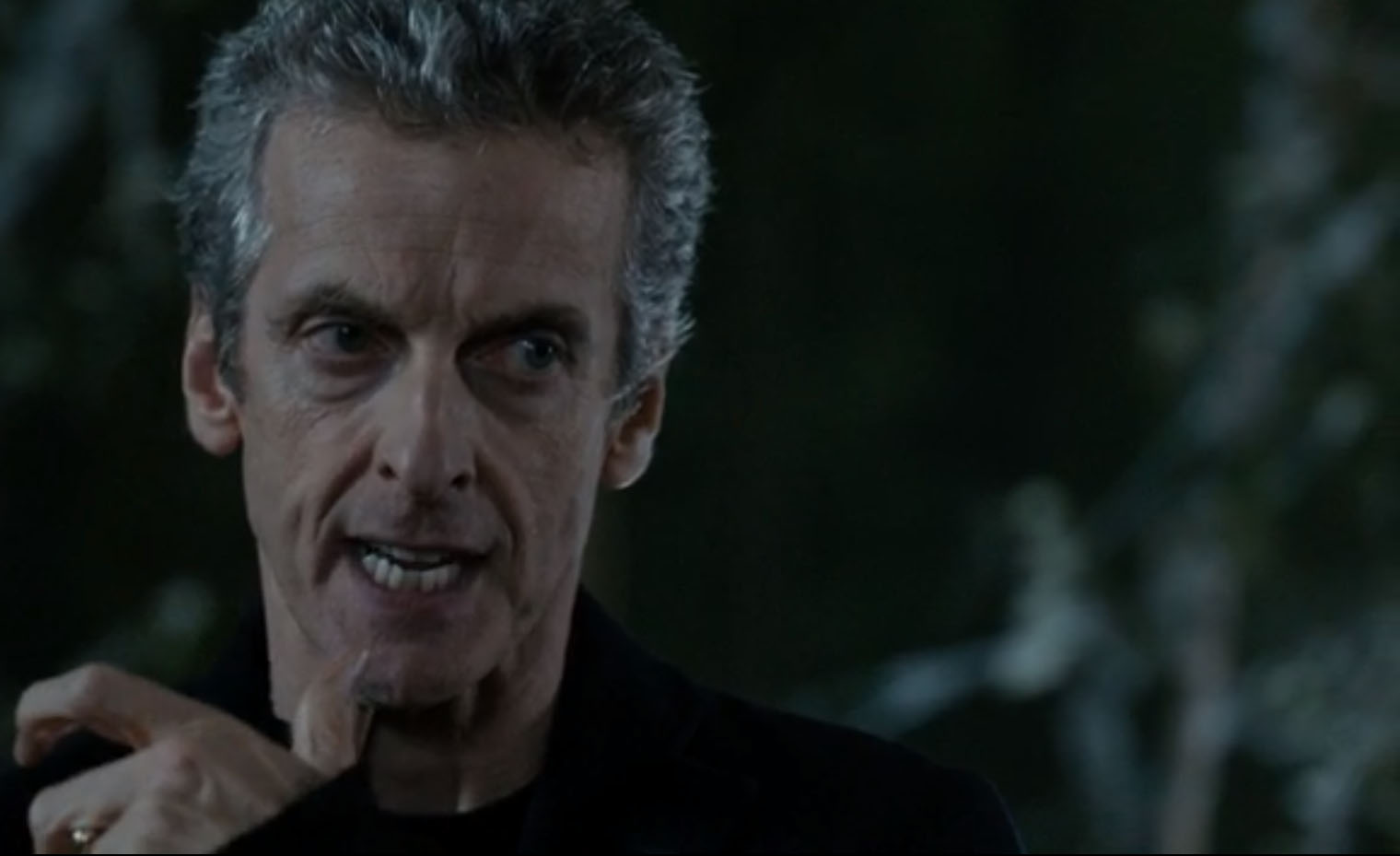 While on a trip to a London museum, Clara Oswald, Danny Pink and his Coal Hill School pupils wake to find themselves in a forest that has engulfed the planet. The Twelfth Doctor must contend with the animals that roam this new habitat and the threat of a devastating solar flare.

A little girl is running through a forest, when she comes across the TARDIS and knocks on the door. The Twelfth Doctor opens the door, and the little girl explains that something told her to look for a doctor. Taking the girl inside, The Doctor goes on about how he’s having trouble with the TARDIS not landing where he wants to be. After a takeoff attempt, a GPS voice says The Doctor has arrived at his destination, London; he argues that it’s wrong. However, the little girl tells him that the device is not wrong, she takes him outside and points up, explaining they are in Trafalgar Square. The Doctor is left surprised by this, as a pullaway shows all of London’s filled with wild trees filling every open area possible.

In a museum, Clara and Danny have taken”special” students on a museum sleepover class trip. After dealing with some annoyance one student was causing, they gather up the class to leave. One student stops to stare at a cross-section of tree on display, noticing that it has a single thick red ring in the rings depicting how many years it grew. Clara, not knowing what it means, simply guesses”must have been a good year to be a tree.” The security guard attempts to unlock the door to let them out, but finds it jammed. After the guard’s futile attempts to open the door, Danny and the children push the door open. Everyone is left shocked by the sight of the trees, leaving Clara to think of answers. Danny goes to the roof to have a look; initially imagining they must have been involved in a”Sleeping Beauty” scenario, Clara soon struggles to account for the various inaccuracies of her theory.

All around the world, people are panicking from the sudden appearance of the trees. The British Government announces its plan to burn away trees to clear paths for people to get around.

Believing that The Doctor may already be in the area to investigate the situation, Clara runs off to find him. Danny and the children stay at the museum waiting for her to return. Clara phones The Doctor, learning that one of the children she and Danny were supposed to be looking after is in the TARDIS with him; they arrange to meet up at Trafalgar Square. Clara returns to the museum where Danny finds out she has been in contact with The Doctor who has Maebh, this results in an argument that confuses the children since they have been told by Ruby, one of the children, that Danny and Clara are”madly in love”. Ruby explains that arguing is what you do when you are madly in love. They organise and set off for Trafalgar Square.

Once everyone meets up, Ruby brings a strange fact to The Doctor’s attention; a branch from one of the trees she found has no rings of growth in it. The Doctor concludes that the trees sprang up overnight. Danny wonders how this is possible, with The Doctor pointing out it’s a similar scenario to the Ice Age, joking”welcome to the Tree Age.” The Doctor then lets everyone into the TARDIS for safety; this proves to be a bad idea as he constantly has to shout at the children to leave the controls alone. Surprised by the remarkable lack of intelligence displayed by the group, The Doctor asks Clara what’s wrong with the children. After she explains, flashbacks show the children in her and Danny’s classes, misbehaving and asking stupid questions.

Danny notices folders of homework assignments that Clara previously left onboard. As he begins to look through them, he is suddenly stopped by The Doctor. He sees a series of drawings depicting the growth of the trees and an impending solar flare (strong as the one he recently encountered, which destroyed the Bank of Karabraxos). He demands to know who drew the pictures, learning that it was Maebh Arden. He searches the children, asking for Maebh. However, Ruby says that Maebh is not with them. Clara informs The Doctor that Maebh is fragile and hears voices since her sister went missing last year. When asked what the voices say Clara says she does not know, Maebh takes medication and the voices go away. This angers The Doctor who says”If a child is speaking, listen to it.” The Doctor uses the sonic screwdriver to get a reading on Maebh’s phone and he and Clara leave the TARDIS.

The Doctor and Clara take off to find Maebh, while the children convince Danny that he needs to go after Clara to help and protect her; however, he annoys them with his choice of words. In the meantime, Maebh is leaving a trail of her belongings; she stops upon hearing voices, which belong to men in protective suits about to burn the trees blocking the road. Frightened, Maebh takes off in a different direction. The Doctor and Clara reach the same spot shortly afterwards, only to be ordered to vacate the area for their own safety. Kept from advancing, The Doctor and Clara watch in amazement as the trees will not burn even using flamethrowers; The Doctor explains that trees control oxygen, and therefore can prevent themselves from being burnt by depriving fire of air.

Showing Clara the drawings, The Doctor explains that Maebh predicted the appearance of the trees, and has even written down the date; they have to find her because she’s connected in some way to the trees.

they continue searching for Maebh, only to be shocked still by the howl of a wolf. Clara is in disbelief since they’re in London, a big city; however, The Doctor points out that the trees may have likely broken the gates of the zoo and let out the dangerous predators inside it. They find Maebh, who is being pursued by wolves, but find themselves on opposite sides of a fence.

Maebh sees a gate and joins The Doctor and Clara on the other side of the fence. The Doctor instructs them to stay huddled together, hoping to scare off the wolves by pretending to be a monster. The wolf pack jump the fence, but run past them whimpering. The Doctor believes his plan has worked however, Clara flatly asks him”What are wolves frightened of?” A tiger slowly approaches from the other side of the fence, ready to attack; however, Danny arrives and scares the beast away.

Maebh begins swatting the air with her hands, saying there are too many. Clara and Danny think its a fit and Maebh needs her medication; however, The Doctor stops them as the child is communicating with something related to the trees. Maebh runs off again and everyone pursues her. She goes to an area that looks like a circle of bushes that are covered in cobwebs. Using the sonic screwdriver, The Doctor makes what Maebh is swatting at visible as sparks of light. The lights become still and use Maebh to communicate; they tell The Doctor that they are the lifeforce of the trees, which have been and will always be there, and that a powerful solar flare is coming. The lights then leave, freeing Maebh.

Clara urges The Doctor to use the TARDIS as a lifeboat to save the children, Danny, and herself; they head back to the TARDIS, where The Doctor is ready to take everyone onboard. However, Clara tells him that the children will always want their parents, and that her idea was a ruse to get The Doctor back to the TARDIS for his own safety. Not wanting to be alone, The Doctor tells Clara that Earth is his planet too; however, she sends him away ironically telling him that she does not want to be the last of her kind (see:  Movie). Alone in the TARDIS, The Doctor comes to a sudden realisation: this scenario with the solar flare and trees has happened before!

The Doctor ushers everyone back into the TARDIS, where he explains the solar flare; to his surprise, Clara kept the news from the children. Regardless, The Doctor then explains that the trees are benevolent; they have been protecting life on earth for centuries, and have sprung up all over the world to keep it safe from the solar flares. A child points out that the governments are still planning to destroy the trees with a defoliant; a horrified Doctor realises they have to quickly spread the word about the trees’ purpose around the world. Maebh offers to convey the message since she was the first to receive the news; The Doctor agrees. The children work together to compose a speech while The Doctor hacks into every communication device in the world.

Maebh’s speech is heard around the world, advising everyone to be calm and that the trees are to be left alone as they serve a benevolent purpose and ends by asking her sister to come home. Everyone then leaves the TARDIS, where Maebh is greeted by her mother, who has been searching for her. The Doctor offers the group the rare chance to watch a solar flare from space, but everyone turns down the offer; Clara will join The Doctor after the children are returned home. She and Danny then share a kiss, which the children laugh at as the rumours about them dating have been proven true.

Later, The Doctor and Clara watch the Earth from the open TARDIS doorway. The solar flare hits Earth, but the trees protect the earth from harm. Elsewhere, Missy also watches the event on her tablet, commenting”Now that was surprising. I love surprises.”

Back at her apartment, Clara and The Doctor watch from the balcony as the trees covering London crumble away. She wonders what will be told about the trees in the future, but The Doctor tells her that the entire event will have been forgotten as it’s the human superpower to forget.

Elsewhere, the Ardens are returning home, when Maebh notices something looking at them through a hydrangea bush. The hydrangea (variety”Annabelle”) withers away, revealing Maebh’s lost sister, Annabelle.