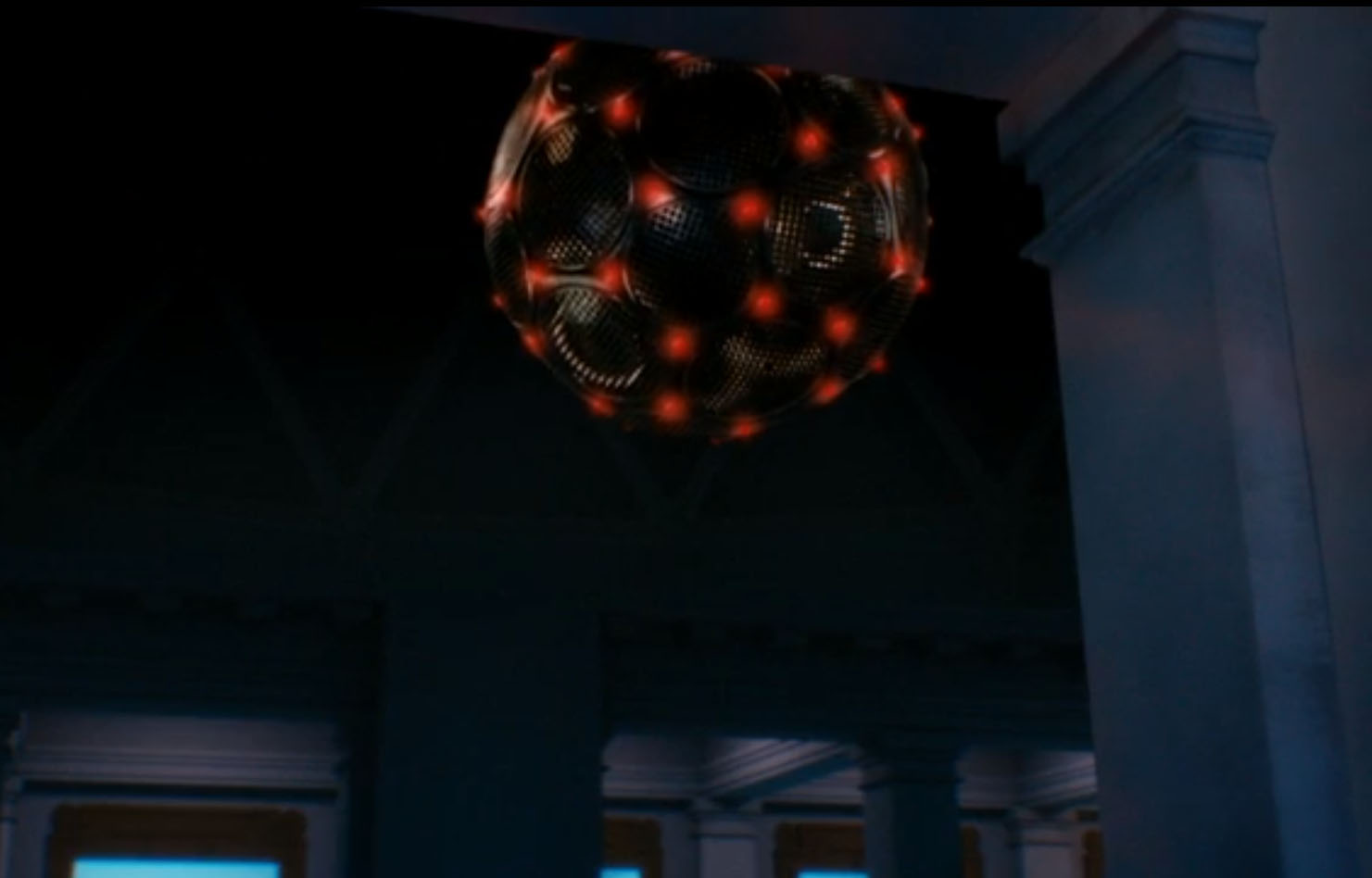 The Nethersphere, also known as the Promised Land, Paradise, or Heaven, was a virtual reality housed within a matrix data slice – a Gallifreyan hard drive – used by Missy to upload the minds of the recently deceased, changing and rewriting them, removing their emotions before re-downloading them into their Cyber-converted bodies. (Dark Water)

The Half-Face Man said he was trying to reach the Promised Land. Its existence was denied by the Twelfth Doctor. When the Half-Face Man died after having been impaled upon the spire of Big Ben, he was transported to a lush garden where he encountered Missy. She said that he had “made it ” and that he was in”the promised land ” – or, as she also called it, “paradise”. (Deep Breath)

Later – as from The Doctor’s perspective – the mind of a soldier from the Aristotle was transported to an elegant tea room, where she, too, encountered Missy. (Into the Dalek) Later still, The Doctor discovered that a ship of robots that had crashed in Nottingham of about 1190 had a programmed destination of “the promised land “. (Robot of Sherwood)

A policeman named Matthew in Shorch in Clara Oswald’s home time, having been killed by a Skovox Blitzer, arrived in an area of the Nethersphere resembling an office, meeting a man called Seb. Seb worked for Missy, who was busy at that moment, and mentioned that the place was known by several names, including the Nethersphere. (The Caretaker)

A man was uploaded to the Nethersphere at the same time as Danny Pink. (Dark Water)

After Danny Pink was hit by a car, he found himself sitting in an office in the Nethersphere, Seb came in and offered him coffee, then he told Danny that he was dead and began to fill out a form. Later, Danny was told by Seb that someone had requested to see him and a meeting had been arranged, a young boy came through the double doors, Danny tried to talk to the boy but he ran off.

Danny was told by Seb that he had a call for him, from the other side. The caller was Clara Oswald who asked Danny questions that only he would know the answers to, but he was unable to remember. He just kept saying, “I love you”, which angered Clara. She offered to join him in the Nethersphere if he could prove he was Danny but he protested as there was only one way to do that – die. When Danny said, “I love you”, yet again, Clara said that if he said it one more time she would end the call, so he did to stop Clara from killing herself to be with him. Danny began to cry, at which point Seb told him there was something they could do about his emotions, handing him an iPad which displayed a delete button on the screen with Danny Pink displayed above it. Danny hovered his finger over the button, only stopping once he realised the boy he had killed was behind him. (Dark Water)

Danny chose not to delete his emotions and watched with Seb as everyone was downloaded back into their bodies. Seb explained that the Nethersphere was just a cool name that they came up with.

As The Doctor survived falling to his death, Seb and Missy watched, however Missy disintegrates Seb after tiring of his excitement. After destroying himself and the other Cybermen, Danny returned to this world but possessed Missy’s bracelet which would allow him to return to the real world, alive. Two weeks later, he contacted Clara, telling her the Nethersphere was dying and as the bracelet only had enough power to send one person back, resurrected the boy whom he killed. (Death in Heaven)