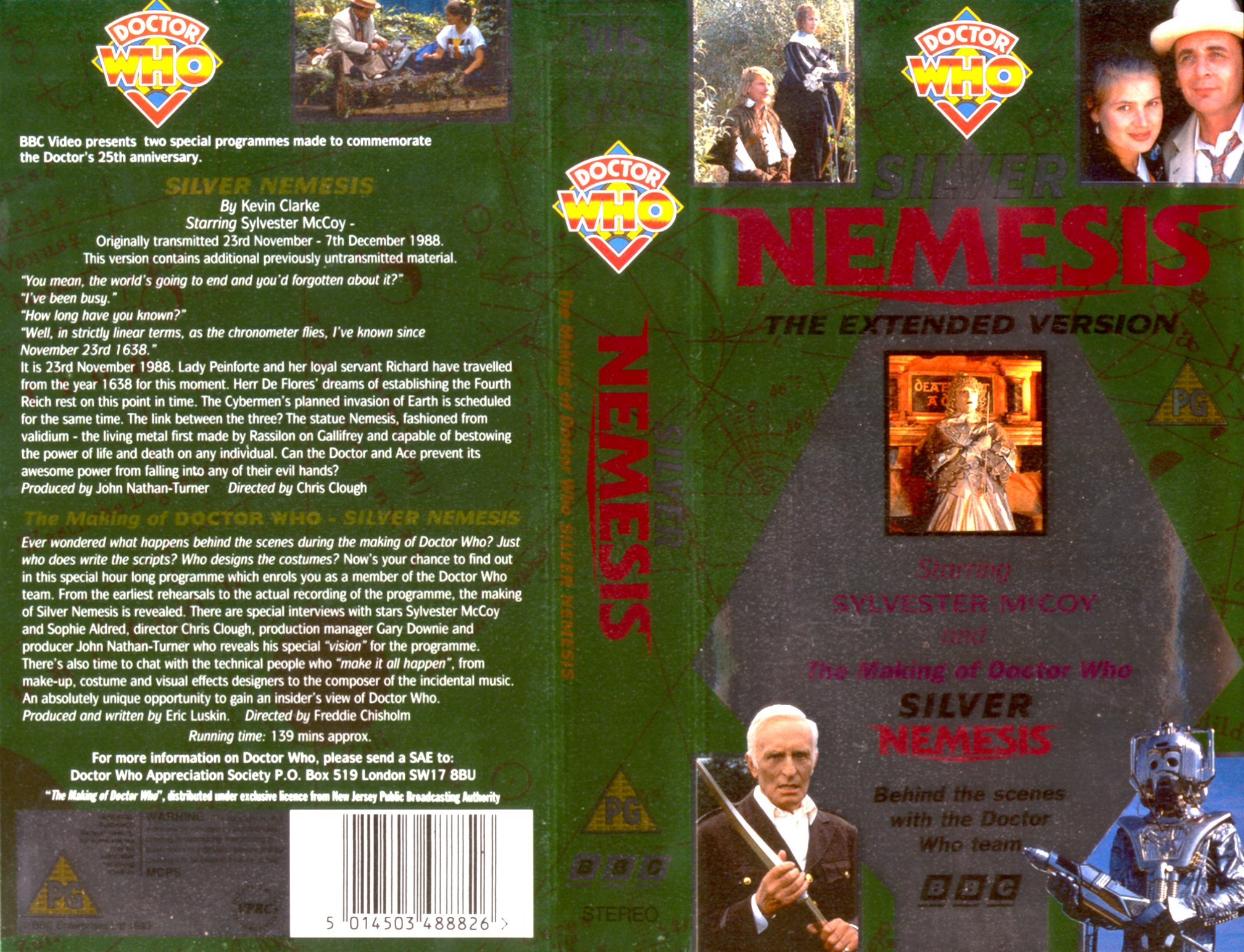 “You mean, the world’s going to end and you’d forgotten about it?”
“I’ve been busy.”
“How long have you known?”
“Well, in strictly linear terms, as the chronometer flies, I’ve known since November 23rd 1638.”

It is 23rd November 1988. Lady Peinforte and her loyal servant Richard have travelled from the year 1638 for this moment. Herr de Flores’ dreams of establishing the Fourth Reich rest on this point in time. The Cybermen’s planned invasion of Earth is scheduled for the same time. The link between the three? The statue Nemesis, fashioned from validium – the living metal first made by Rassilon on Gallifrey and capable of bestowing the power of life and death on any individual. Can The Doctor and Ace prevent its awesome power from falling into any of their evil hands?

The Making of DOCTOR WHO – SILVER NEMESIS

Ever wondered what happens behind the scenes during the making of Doctor Who? Just who does write the scripts? Who designs the costumes? Now’s your chance to find out in this special hour long programme which enrols you as a member of the Doctor Who team. From the earliest rehearsals to the actual recording of the programme, the making of Silver Nemesis is revealed. There are special interviews with stars Sylvester McCoy and Sophie Aldred, director Chris Clough, production manager Gary Downie and producer John Nathan-Turner who reveals his special “vision” for the programme. There’s also time to chat with the technical people who “make it all happen”, from make-up, costume and visual effects designers to the composerof the incidental music. An absolutely unique opportunity to gain an insider’s view of Doctor Who.

Produced and written by Eric Luskin