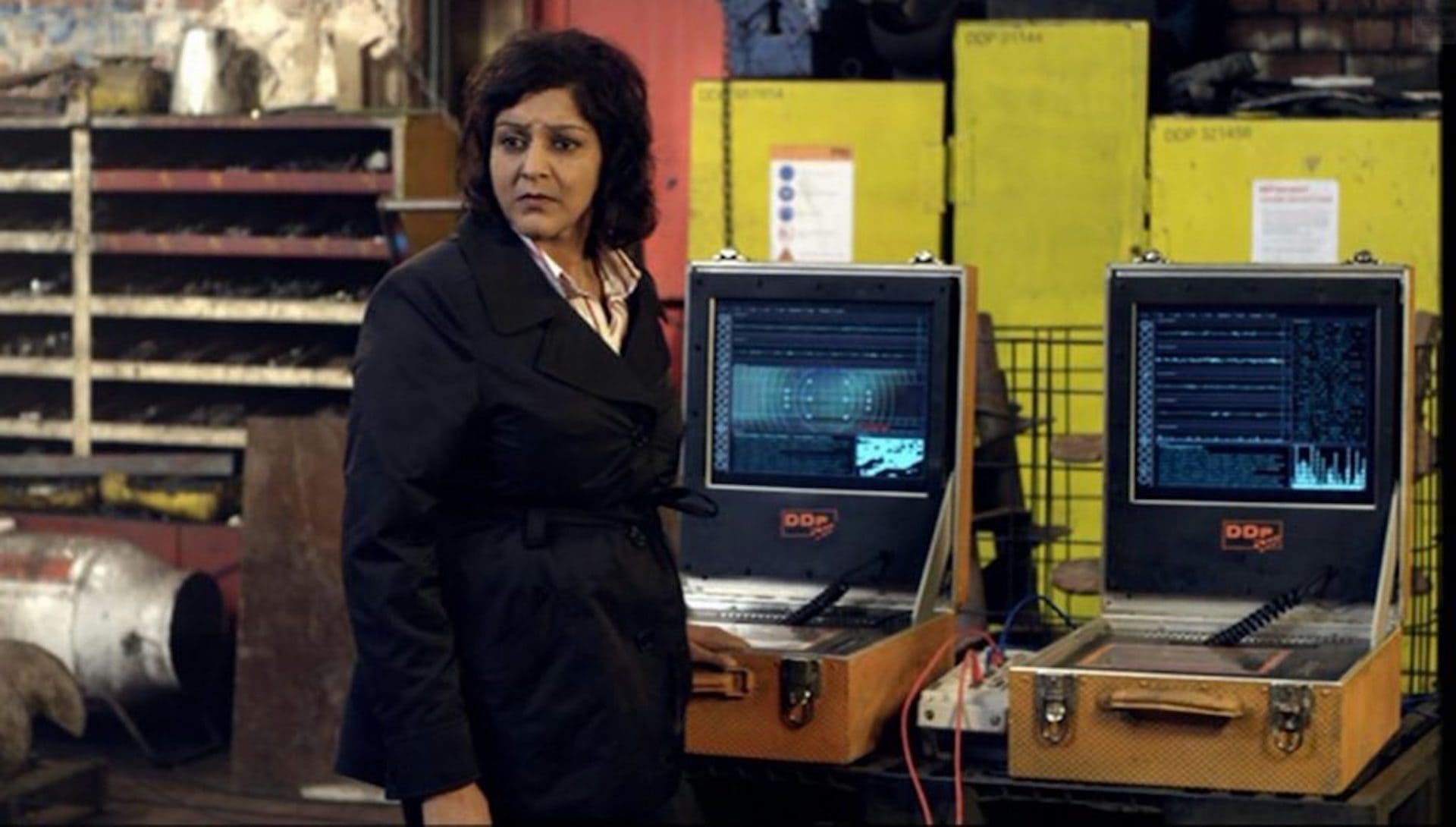 Dr Nasreen Chaudhry was a geologist in the year 2020. Along with Tony Mack, she was digging down into the Earth further than any other human ever had before.

When Nasreen and Tony noticed a mineral in Cwmtaff that hadn’t been seen on Earth for many years, they began drilling on that site. They continued until the Eleventh Doctor arrived and realised something was digging up to the surface. It turned out to be Silurians. As the Silurians got closer to the surface, Tony proclaimed his love for Nasreen and they kissed.

After a member of her staff and his young son were taken by the Silurians, Nasreen accompanied The Doctor in the TARDIS deep below the Earth’s surface. While Nasreen explored underground with The Doctor, she discovered a subterranean metropolis inhabited by the Silurians, far larger than she, or The Doctor had anticipated. (The Hungry Earth)

She joined Amy Pond as an ambassador for humanity in the human-Silurian talks on the planet’s fate. Though They reached an understanding, the talks were stopped when they found that Alaya, a Silurian, had been killed by Nasreen’s friends, inciting a civil war among the Silurians. Tony set the drill to destroy the Silurian city at the urging of his daughter, Ambrose Northover, who only wanted her family returned. The Doctor sent an energy pulse to destroy the drill, to Nasreen’s chagrin. Tony, having been poisoned by Alaya, didn’t have time to be decontaminated, so he chose to hibernate with the Silurians. Nasreen chose to stay with him. (Cold Blood)