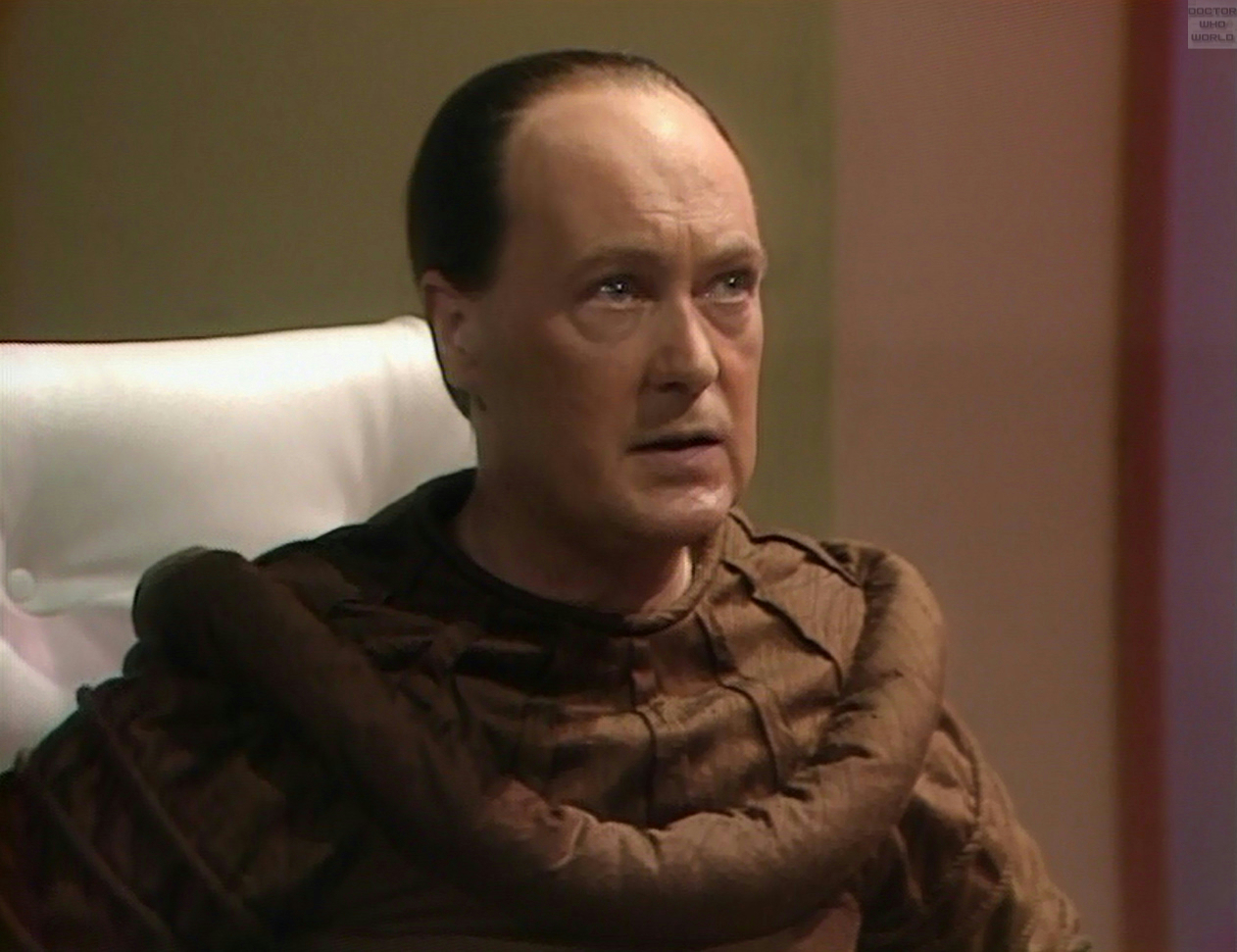 Morgus was the chairman of the Sirius Conglomerate on Androzani Major and the sworn enemy of Sharaz Jek. He was also a descendant of the first colonists of his homeworld and”the richest man in the Five Planets.”

He wanted money and power and agreed to a business deal with Sharaz Jek. Jek harvested the longevity drug spectrox on Androzani Minor with his androids which he designed and built to harvest the raw spectrox where it would be refined and processed so it would be safe to provide longevity due to the effects of Spectrox toxaemia.

Morgus sold spectrox to the peoples of Androzani Major at an inflated price. Morgus wanted the profits for himself, however, and betrayed Jek, arranging events so that Jek would be caught in Androzani Minor’s mud blasts. Unluckily for Morgus, Jek survived, horribly disfigured.

Later on, Jek took over Androzani Minor with an android army, taking the spectrox for himself and holding it to ransom, claiming he would release it if the people on Androzani Major gave him Morgus so he could have his revenge.

Not above personally murdering others to achieve his ends, Morgus waged a war on the federal forces, covertly selling weapons to Jek through the mercenary Stotz. He falsely believed that the Fifth Doctor and Peri worked for the President and so killed him by pushing him down an elevator shaft. When the situation on Androzani Minor got out of hand, Morgus went there where he was betrayed by Timmin, his trusted aid. Timmin became the new chairman of the Sirius Conglomerate on Androzani Major, ousting Morgus by informing the planet’s authorities of his numerous crimes.

Desperate, Morgus convinced Stotz to help him liberate Jek’s spectrox hoard. Morgus stumbled upon Jek’s base and Sharaz forced Morgus’ head into an energy beam, killing him. (The Caves of Androzani)