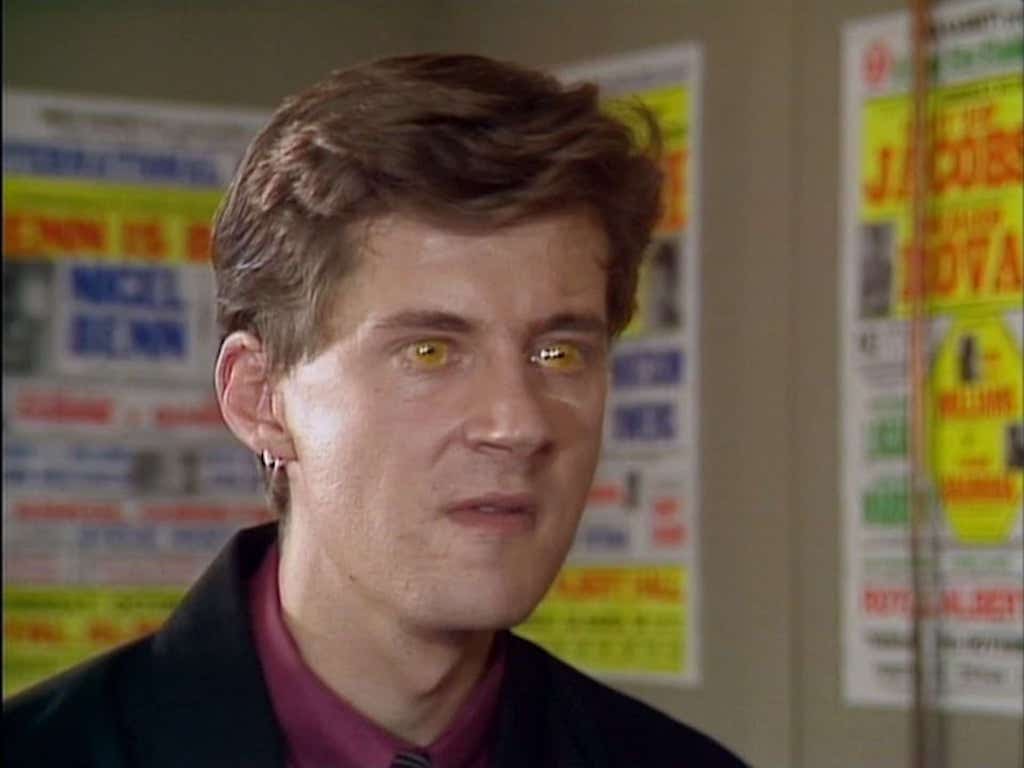 Midge was a human resident of Perivale in the 1980s. He was the elder brother of Squeak and a friend of Ace. (Survival)

He had once gone to Australia on holiday and had sent Ace a postcard saying how lonely he felt so far from home. (Timewyrm: Revelation)

One summer during the 1980s, Midge became obsessed with Dungeons & Dragons. (Gods and Monsters)

In 1989, Midge was transported from Earth to the Cheetah World by a Kitling, where he had to survive along with others who had teleported there. While being coerced by the survival trainer Paterson, he became infected with the Cheetah Virus. The Master, having been trapped on the Cheetah World, used him to teleport to Earth. The Master then instructed Midge to engage the Seventh Doctor in a duel on his chosen transport, a motorcycle. The collision caused a large explosion, injuring him, but The Doctor survived. The Master killed Midge for his failure. (Survival)