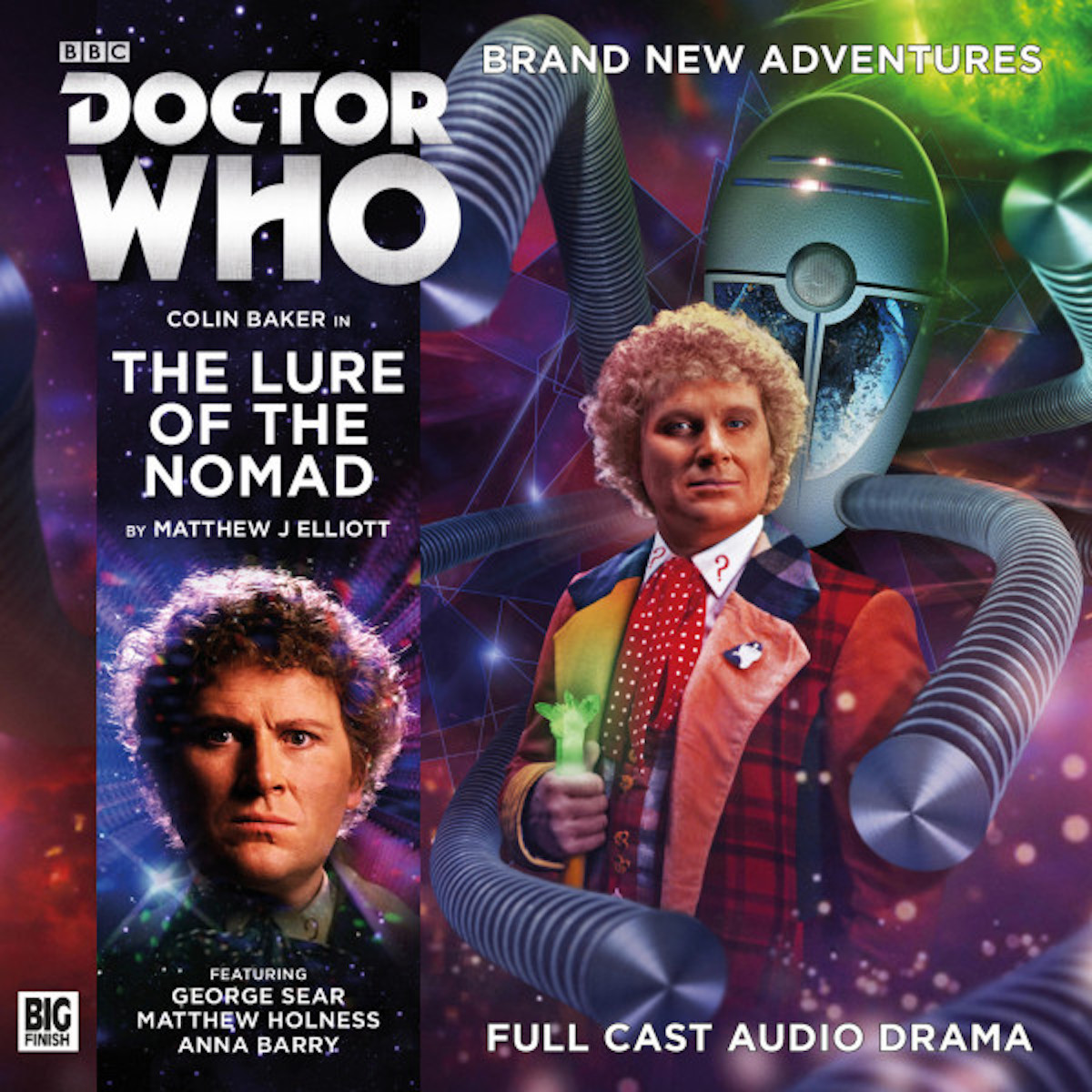 The Lure of the Nomad

For thousands of years, it has drifted through space, unimpeded, forgotten, seemingly lifeless. Now, finally, it has been discovered.

Responding to a distress call from the mysterious hulk, The Doctor and his companion, space pilot Mathew Sharpe, walk into a desperate situation. The multi-tentacled semibeditionic Makara were tasked with renovating the abandoned craft, but now they’ve begun murdering their employers.

The Doctor soon realises that the Makara have been programmed to kill, but by whom, and for what reason? Finding out the truth will mean uncovering a secret that threatens the entire Universe.

The Lure of the Nomad was the two hundred and thirty-eighth story in Big Finish’s monthly range. It was written by Matthew Elliott and featured Colin Baker as the Sixth Doctor.
Recording of the story took place on 8 and 14 November 2017 at The Moat Studios.
In addition to the last cover to use the Sixth Doctor sidebar, this story was the last to use the sidebar cover layout completely, which was introduced in Renaissance of the Daleks.

The Doctor mentions Skaro, the Daleks (The Daleks), carrot juice (Terror of the Vervoids), Terileptils (The Visitation), Harry Sullivan (Robot) and Stattenheim remote controls. (The Mark of the Rani, The Two Doctors)
Mathew mentions Quarks. (The Dominators)
Drazen mentions Ogrons. (Day of the Daleks)