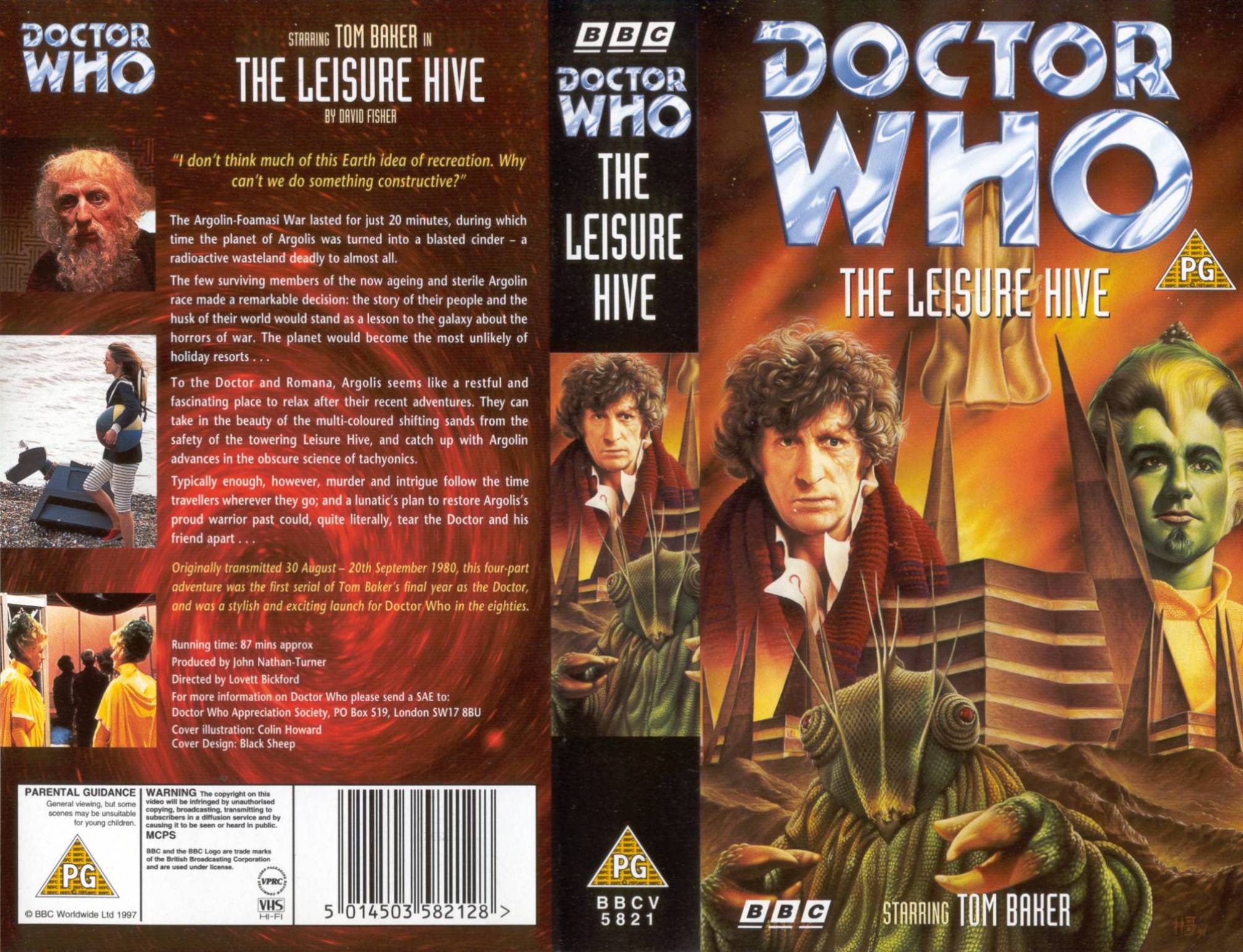 “I don’t think much of this Earth idea of recreation. Why can’t we do something constructive?!”

The Argolin-Foamasi War lasted for just 20 minutes, during which time the planet of Argolis was turned into a blasted cinder – a radioactive wasteland deadly to almost all.

The few surviving members of the now ageing and sterile Argolin race made a remarkable decision: the story of their people and the husk of their world would stand as a lesson to the galaxy about the horrors of war. The planet would become the most unlikely of holiday resorts…

To The Doctor and Romana, Argolis seems like a restful and fascinating place to relax after their recent adventures. They can take in the beauty of the multi-coloured shifting sands from the safety of the towering Leisure Hive, and catch up with Argolin advances in the obscure science of tachyonics.

Typically enough, however, murder and intrigue follow the time travellers wherever they go, and a lunatic’s plan to restore Argolis’s proud warrior past could, quite literally, tear The Doctor and his friend apart…

Originally transmitted 30 August – 20th September 1980, this four-part adventure was the first serial of Tom Baker’s final year as The Doctor, and was a stylish and exciting launch for Doctor Who in the eighties.