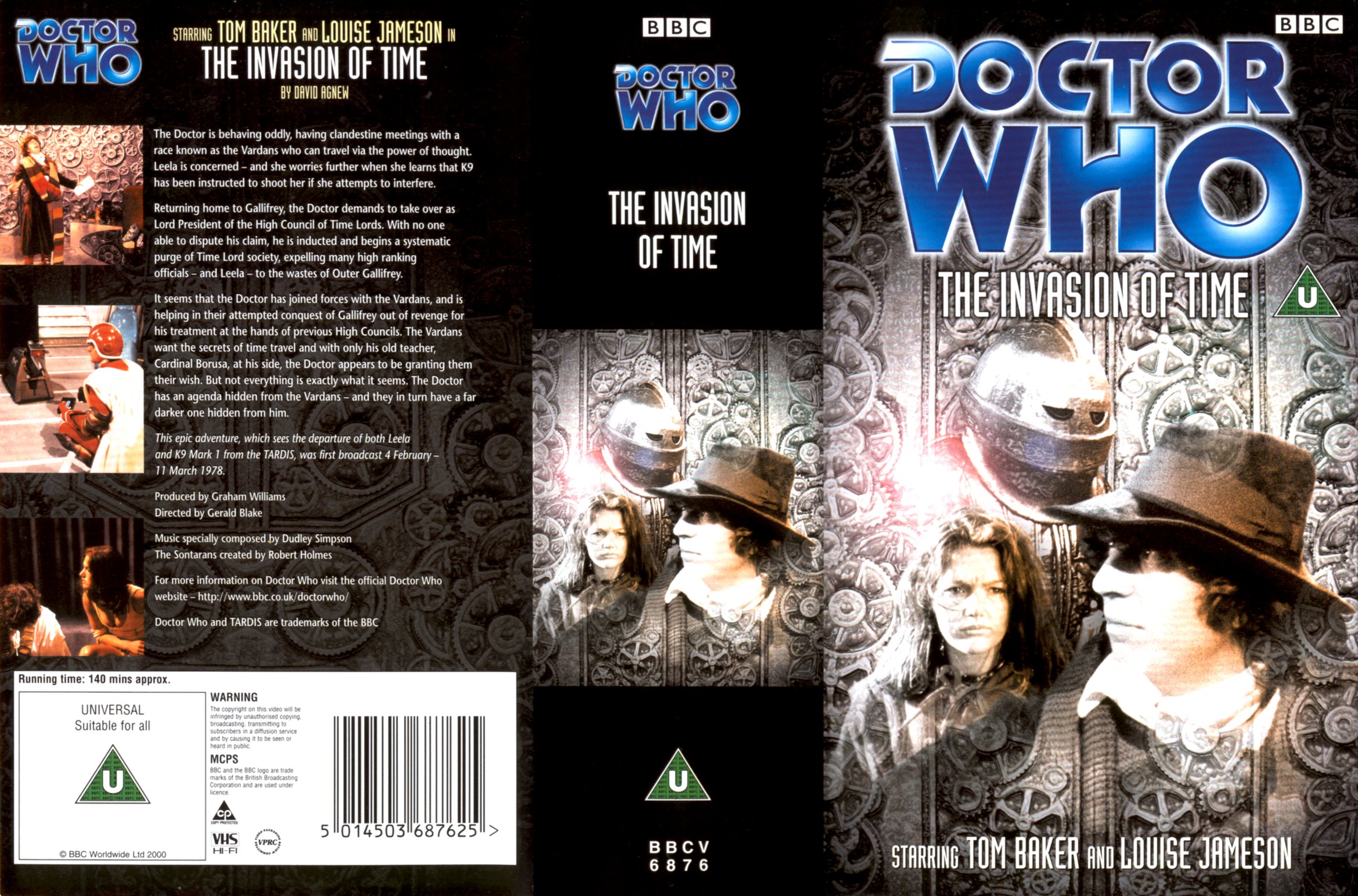 The Invasion Of Time VHS

The Doctor is behaving oddly, having clandestine meetings with a race known as the Vardans who can travel via the power of thought. Leela is concerned – and she worries further when she learns that K9 has been instructed to shoot her if she attempts to interfere.

Returning home to Gallifrey, The Doctor demands to take over as Lord President of the High Council of Time Lords. With no-one able to dispute his claim, he is inducted and begins a systematic purge of Time Lord society, expelling many high ranking officials – and Leela – to the wastes of Outer Gallifrey.

It seems that The Doctor has joined forces with the Vardans, and is helping in their attempted conquest of Gallifrey out of revenge for his treatment at the hands of previous High Councils. The Vardans want the secrets of time travel and with only his old teacher, Cardinal Borusa, at his side, The Doctor appears to be granting them their wish. But not everything is exactly what it seems. The Doctor has an agenda hidden from the Vardans – and they in turn have a far darker one hidden from him.

This epic adventure sees the departure of both Leela and K9 Mark 1 from the TARDIS.