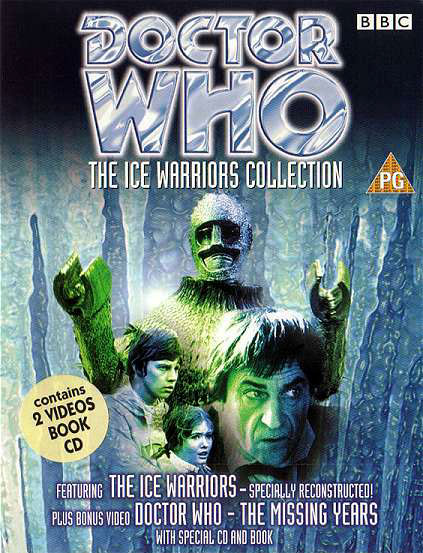 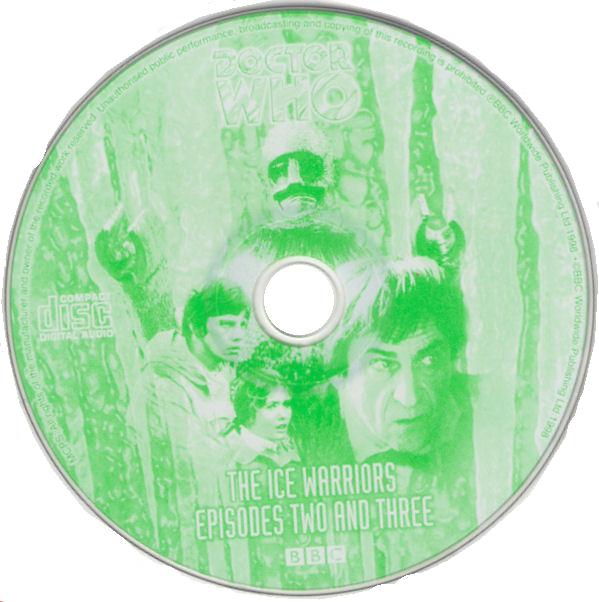 INSIDE THIS COLLECTOR’S BOX:

In the far future, aggressive reptiles from Mars are discovered deep in a glacier on Earth…

Special linking material – featuring audio soundtrack, images and an introduction from FRAZER HINES and DEBORAH WATLING (Jamie and Victoria in the story) – bridges the missing episodes two and three of this classic six-part adventure.

ALSO INCLUDED ON THIS VIDEO:

Presented by FRAZER HINES and DEBORAH WATLING, this special video features masses of rare clips from episodes unseen since their original transmission, as well as THE UNDERWATER MENACE episode three, complete and uned!

A special CD featuring the complete audio soundtrack to missing episodes two and three of THE ICE WARRIORS!

A 48-page book featuring a BEHIND THE SCENES look at the Ice Warriors’ history in Doctor Who!

The Ice Warriors was the third episode of season 5