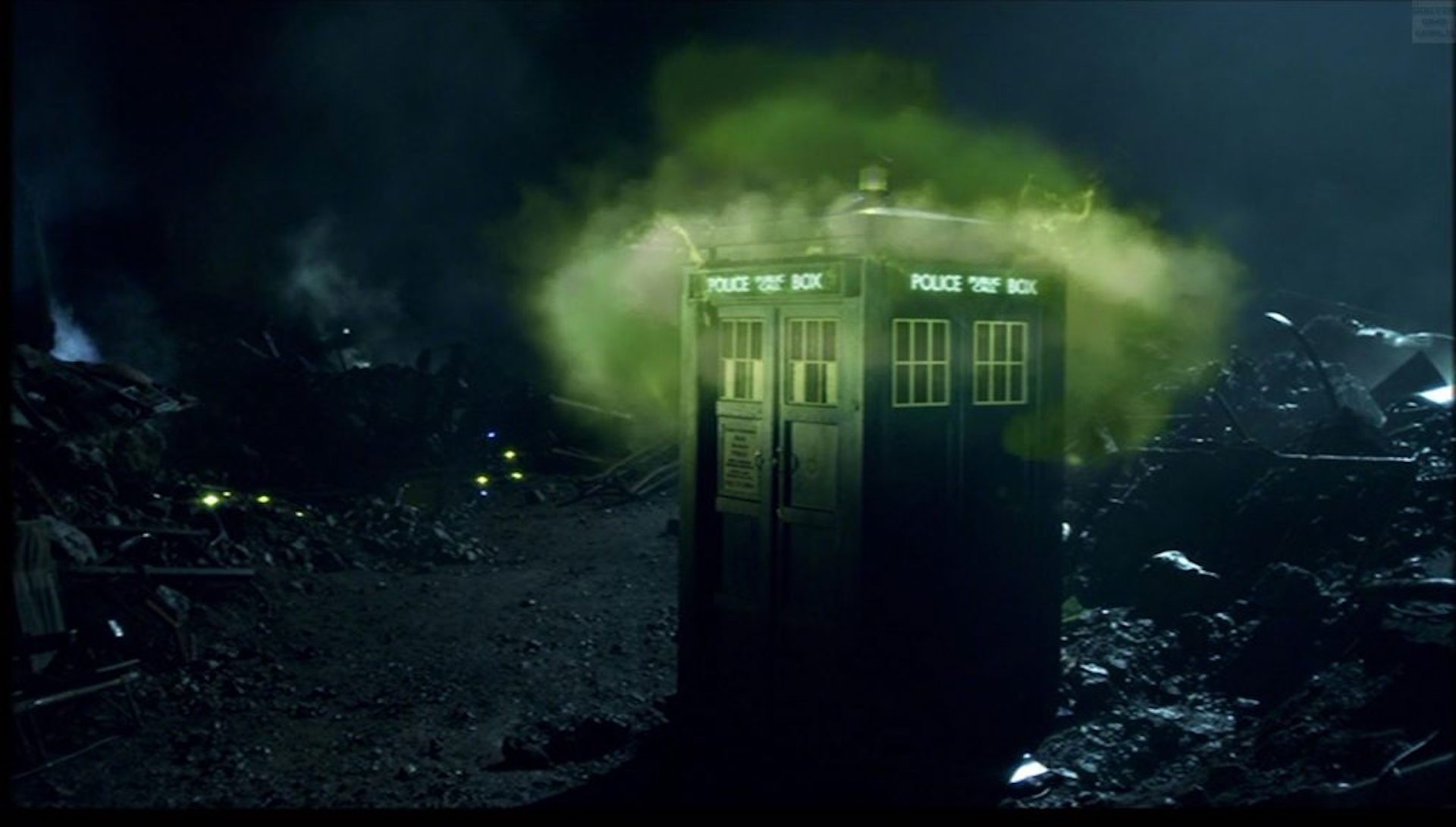 Of all of the Doctor’s enemies, House was interesting for several reasons, most obviously because he was the only enemy who was ever directly defeated by the TARDIS herself.

The exact nature of House’s origins are unknown, but it is known that he is a sentient planetoid/asteroid existing outside the universe itself, apparently generating a spatial -temporal rift within himself like the one that existed in Cardiff (“Boom Town”). Having lured a small ‘family’ to him through fake distress signals and the rift energy that powered him, House was able to use this ‘family’ as his servants by providing them with new body parts from his other victims to maintain their own.

At some point, House learned that he could feed most strongly on the arton energy found in TARDISes, luring Time Lords to him through various means – the method depicted showed him using the telepathic distress messages his prior Time Lord victims recorded before their demise to lure others in, but he may have used another method to lure the first Time Lord in – and then using his servant ‘Nephew’, an Ood (“Planet of the Ood”), to transfer the soul of the TARDIS into another member of his ‘family’ so that he could consume the TARDIS’s body without its soul detonating and destroying him.

This method was successful until House’s latest attempt to search for food, using the last message of a Time Lord known as the Corsair, lured in the Eleventh Doctor and his companions Amy and Rory, The Doctor revealing that he was the last Time Lord. Refusing to accept the loss of his food source, House transferred his essence into the now-dormant TARDIS and departed his body, Amy and Rory trapped inside him as he began to travel back to the universe, accompanied only by Nephew while leaving The Doctor and the rest of his ‘family’ to die.

Although House contemplated killing Amy and Rory instantly, Rory was able to buy them time by convincing House that killing them instantly would be boring. Inspired by this suggestion, House allowed them to run through the TARDIS’s corridors, twisting the artificial gravity and generating illusions to make Amy think that she was separated from Rory for so long that he died of old age while only a few minutes had passed for her.

Fortunately, House had underestimated the close bond between The Doctor and his TARDIS, allowing the TARDIS – although shaken and confused at being transferred into such a limited body compared to her usual one – to reveal her true identity to The Doctor. Using the remains of the TARDISes that House had previously killed, The Doctor was able to assemble a makeshift TARDIS console that the TARDIS itself activated, allowing them to follow the ship.

Despite the basic nature of their craft, The Doctor and the TARDIS were able to send a psychic message to Rory – although The Doctor had intended to send it to Amy – that directed him to one of the old control consoles that the TARDIS kept ‘in storage’. Although they were being pursued by Nephew, Amy and Rory were able to access the old console room using a telepathic password, allowing them to lower the TARDIS shields so that The Doctor could get back into his ship (The Doctor’s arrival disintegrating Nephew when the new console materialised right where he was).

Exploiting the TARDIS’s lack of power, The Doctor was able to trick House by convincing him that he could only gain the necessary power to reach their universe by deleting parts of the TARDIS interior. Although House attempted to kill them by deleting the console room that they were in, an automatic safety feature transferred the TARDIS passengers directly into the console room when the room they were in was deleted, the companions arriving back in the console room just as the TARDIS’s human body expired. With its human form dead, the TARDIS returned to its rightful body, House’s power proving utterly inadequate in the face of a TARDIS that knew what to expect and how to use its power, the TARDIS’s soul banishing House from its body and destroying him once and for all.