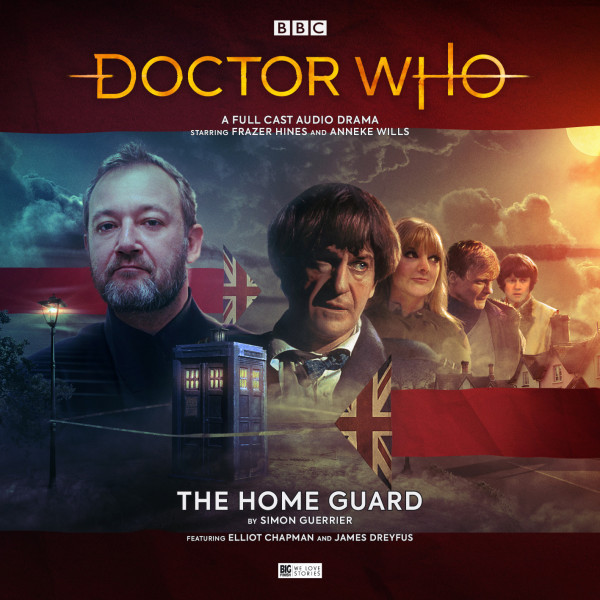 It’s the middle of the Second World War and Ben Jackson has returned to visit his married friends Polly and Jamie in their quiet English village. But they can’t quite shake the feeling that something’s not right…

Two very special new stories in The Doctor Who – The Early Adventures range will be released later this year as part of Big Finish’s 20th anniversary celebration of producing Doctor Who on audio.

Featuring stars from the classic black and white television era of Doctor Who, the two releases coming out in November will see The Doctor and his companions reunited with old friends and battling familiar enemies once more.

Big Finish is delighted to be continuing adventures from the origins of Doctor Who with Frazer Hines, Anneke Wills, Wendy Padbury and Peter Purves reprising their roles.

In the first of the two adventures, Frazer Hines and Anneke Wills return as Jamie McCrimmon and Polly in an adventure written by Simon Guerrier.

It’s the middle of the Second World War and Ben Jackson has returned to visit his married friends Polly and Jamie in their quiet English village. But they can’t quite shake the feeling that something’s not right…

Plus, for the first time in Big Finish and Doctor Who history, the Second Doctor and his companions will be encountering The Master…

The Home Guard cast, Frazer Hines, Anneke Wills, James Dreyfus and Elliott Chapman
Reprising his role as the first incarnation of the Master is James Dreyfus, who listeners will recognise from the December 2017 release, the First Doctor Adventures Volume One. He’s back, and more malevolent than ever.

The next story in The Early Adventures series six is called Daughter of the Gods, by David K Barnes. More details of the second special release will be revealed very soon.