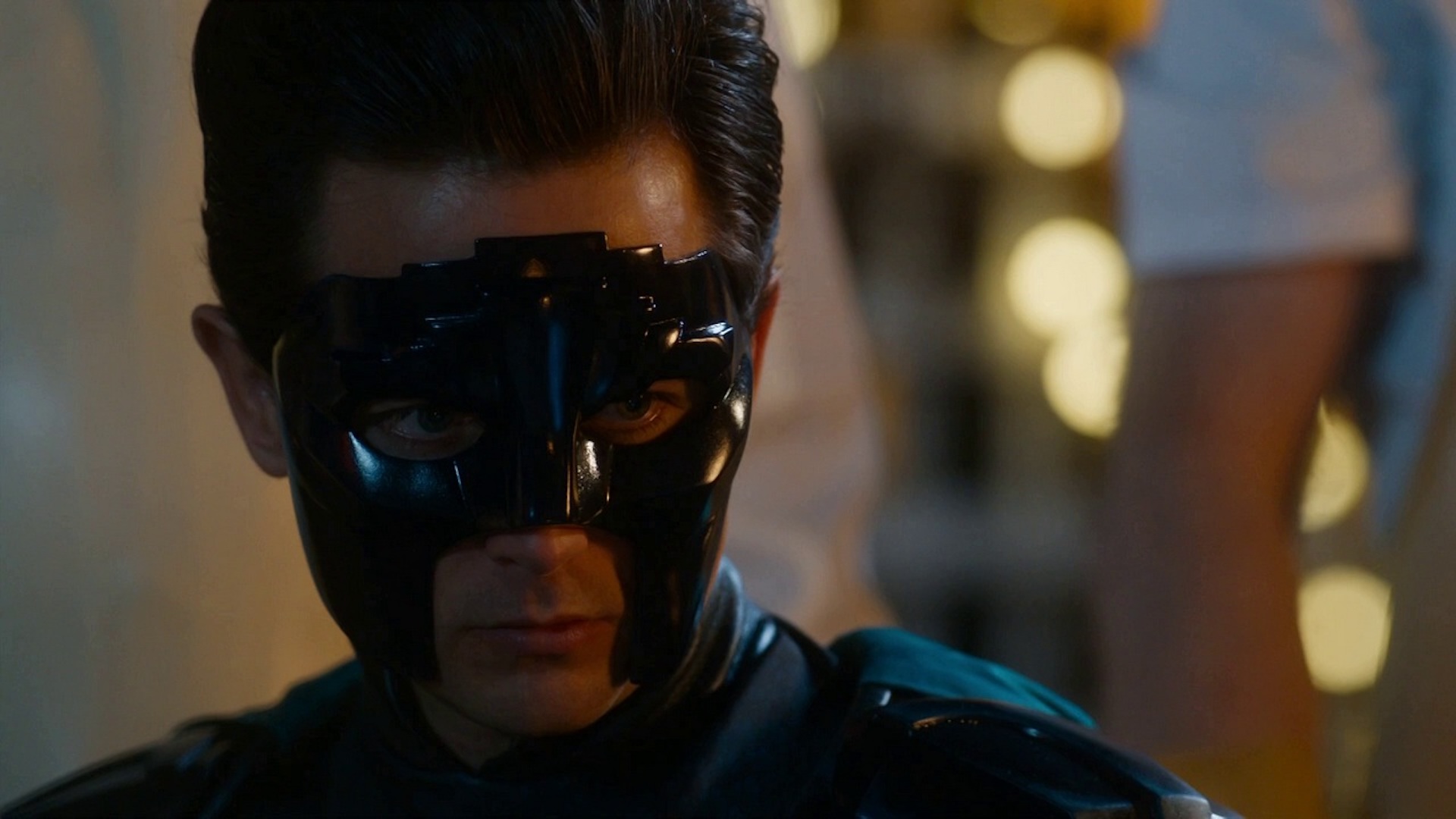 The Return of Doctor Mysterio

Grant was a man who gained”superpowers” and went under the alias of the Ghost. Grant gained his powers by accident as a child, due to mistaking the Hazandra for medicine.

For 20 years he kept the promise to not use his powers, until The Doctor could return.

Eight years after defeating Harmony Shoal, the Twelfth Doctor returned and took Grant and his family on as companions in an adventure to find the sisters to the crystal inside Grant.

Grant met the Twelfth Doctor as a child, when the Time Lord accidentally fell into his own trap to prevent temporal paradoxes in New York. Initially mistaking him for Santa Claus, Grant was corrected; due to his love of comic books, he dubbed the stranger”Doctor Mysterio”. He was given the Hazandra, a small gem, and led to the roof, where The Doctor explained he was trying to straighten out the paradoxes he caused. When The Doctor asked for the gem to power his device, Grant revealed that he ate it, having mistook it for medicine for his cold; at that moment, The Doctor revealed that it granted wishes and Grant got his superpowers. The Doctor made him promise not to use his powers until he returned.

In his high school days, he fell in love with Lucy Fletcher, but was not able to confess his feelings for her. Puberty caused frequent instabilities, including one occasion where he was unable to turn off his X-ray vision and saw naked people everywhere. He would also levitate without meaning to do so. During this period, The Doctor kept an eye on him.

Years later, Grant broke his promise by taking on the superhero identity of the Ghost, this led him into a confrontation with Harmony Shoal, which planned to takeover the world by replacing the brains of world leaders with aliens. During this adventure, Grant reunited with The Doctor and revealed his true identity to Lucy, who had become a reporter covering his exploits as the Ghost. (The Return of Doctor Mysterio)

Grant and Lucy got married. Grant didn’t stay away from being”the Ghost” for long. As his step-daughter grew up, “bank robberies and all that flying off midsentence” were “commonplace”. (Ghost Stories)

TRAVELS WITH THE DOCTOR

On the 26 December eight years after the Harmony Shoal incident, Grant re-encountered the Twelfth Doctor while stopping a robbery at the City National Bank. The Doctor wanted Grant’s help in finding the other three crystals like the one inside Grant. Grant refused to go with The Doctor unless he could bring his family, so Lucy and Jennifer came along on the quest. (Ghost Stories)

Ingestedition of the Hazandra, combined with his love of comic books, gave Grant numerous superpowers. He was capable of flight and elevation, able to travel through the air at high speeds, including the vacuum of space. He also had superhuman strength, and was able to stop the Shoal spaceship from crashing into New York City with just his non-dominant right hand. Grant possessed super-hearing which The Doctor utilised to communicate to him via frequencies no other person on Earth could hear. X-ray vision allowed Grant to see through solid objects, including clothing. He was also pyrokinetic, able to light a candle with a snap of his fingers. He also snapped his fingers to break a window that, which according to Mr. Brock, “were built to withstand blasts equivalent to four nuclear explosions”, all. (The Return of Doctor Mysterio) The reason the Hazandra never left his body was due to him not wanting to give up his powers, but when he did he was able to remove it. However, The Doctor revealed that it had bonded with his DNA, and Grant still possessed his powers even without the Hazandra. (Ghost Stories)

Two playable characters in The Doctor Who: Legacy mobile game are based on Grant: one on Grant as a young boy played by Logan Hoffman and the other on the adult Grant played by Justin Chatwin.
Promotional material for The Return of Doctor Mysterio identified this character as “Grant Gordon”, but this surname has not appeared in an in-universe source as of 2018.