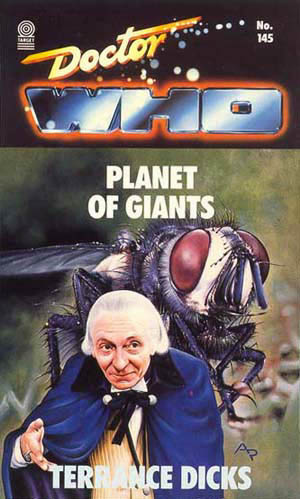 The Doctor is feeling confident: this time the TARDIS has landed on Earth, in England, in 1963. But when he and his companions venture outside, they are soon lost in a maze of ravines and menaced by gigantic insects. And the insects are dying-every living thing is dying…

Meanwhile, in a cottage garden on a perfect summer’s day, the man from the Ministry arrives to put a stop to the production of DN6, a pesticide with the power to destroy all life-forms. But the men who invented DN6 will stop at nothing-not even murder-in their desire to see DN6 succeed.

Can the one-inch-tall Doctor foil their plans?