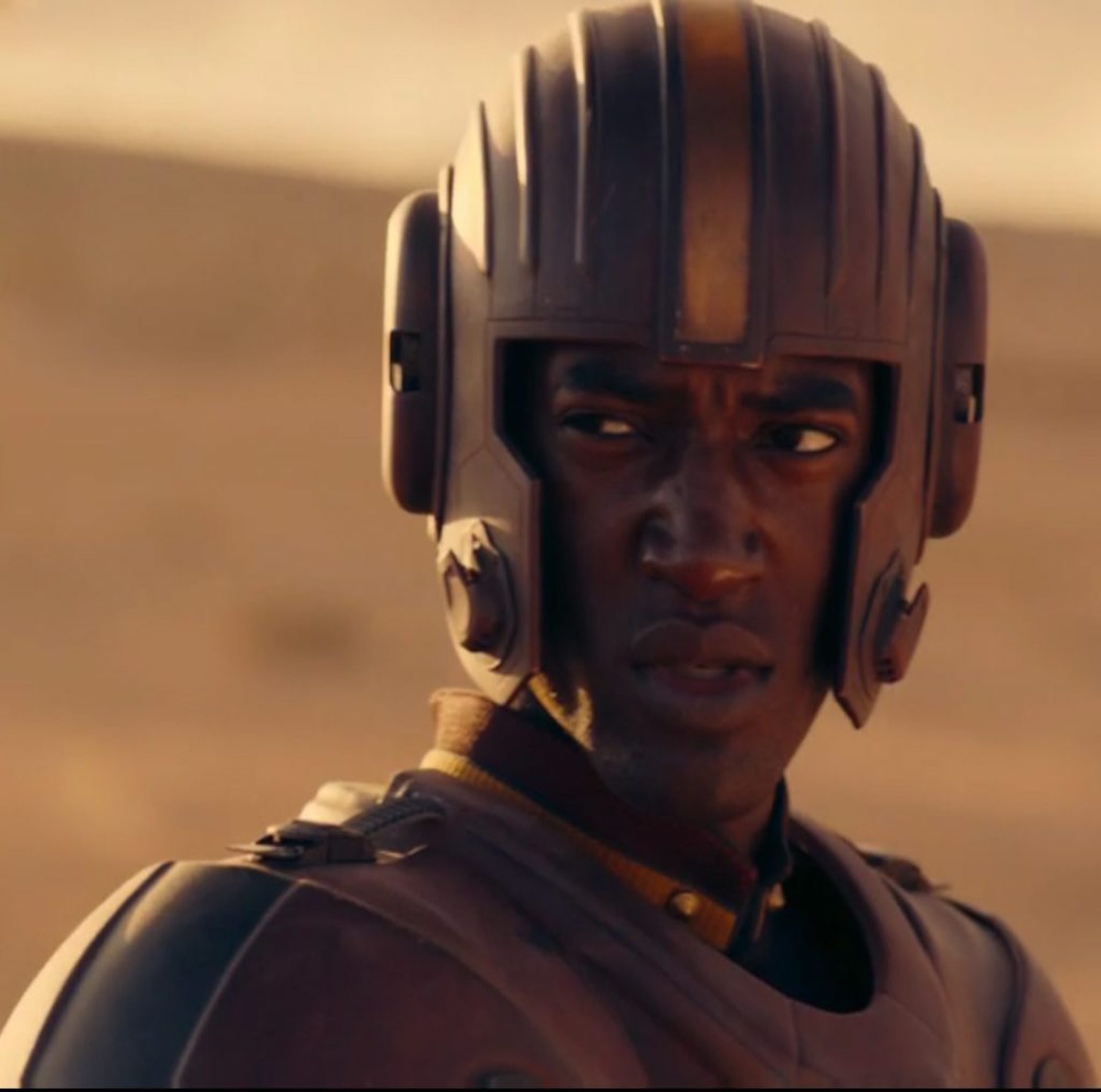 When the Twelfth Doctor returned to Gallifrey and retreated to the barn where he was raised, Gastron piloted a warship ordered to bring him to the Capitol. When he refused, Gastron joined the firing squad sent to the barn, along with the General and Rassilon. When Rassilon ordered them to fire, every one of them missed purposefully. Gastron was questioned by Rassilon whether he was afraid of “the unarmed man “and Gastron told him about a saying in the Time War about the “Doctor of War”: the first thing enemies noticed about him was that he was unarmed. It was also the last thing many of them ever saw. He was then the first one to lay down his gun and join The Doctor at his side, saying he was “at Skull Moon.”

He was later present in extraction chamber seven when The Doctor plucked Clara Oswald from the moment of her death, and when the General was shot by The Doctor. Gastron reported that a regeneration was in progress in the chamber, and when the General emerged, now female, Gastron accompanied her and Ohila to the Matrix, where they encountered The Doctor and Clara. However, when all of their attention was on Clara, The Doctor stole a TARDIS and materialised around Clara, leaving the Time Lords in a state of confusion. (Hell Bent)

Gastron is not named on screen, only in the credits.