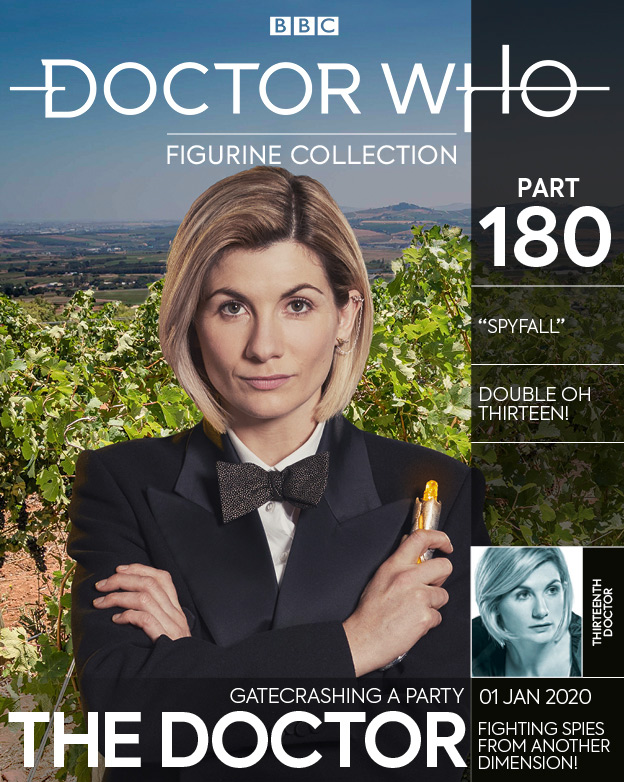 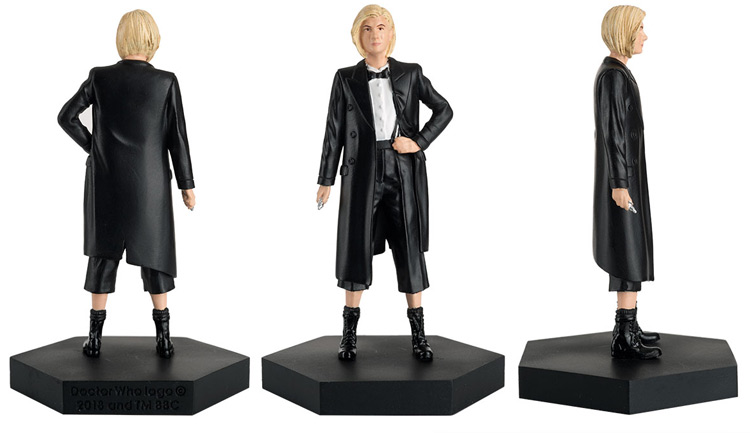 Available to order from www.shop.eaglemoss.com

Use our code WHOS12 on your basket page for 12% off

Celebrate over half a century of the BBC’s hit series Doctor Who with a brand new magazine and figurine series that covers every year of Doctor Who history, including all The Doctors and all the greatest monsters from Daleks to Weeping Angels.

The Doctor Who Figurine Collection part 180 features the Thirteenth Doctor (Jodie Whittaker) in the tuxedo costume she wore in the 2020 adventure ‘Spyfall’.

Intelligence agents around the world are under attack from alien forces, so MI6 turn to the only one who can help: The Doctor.

The figurine comes with a fully illustrated 16-page magazine looking behind the scenes at the character.