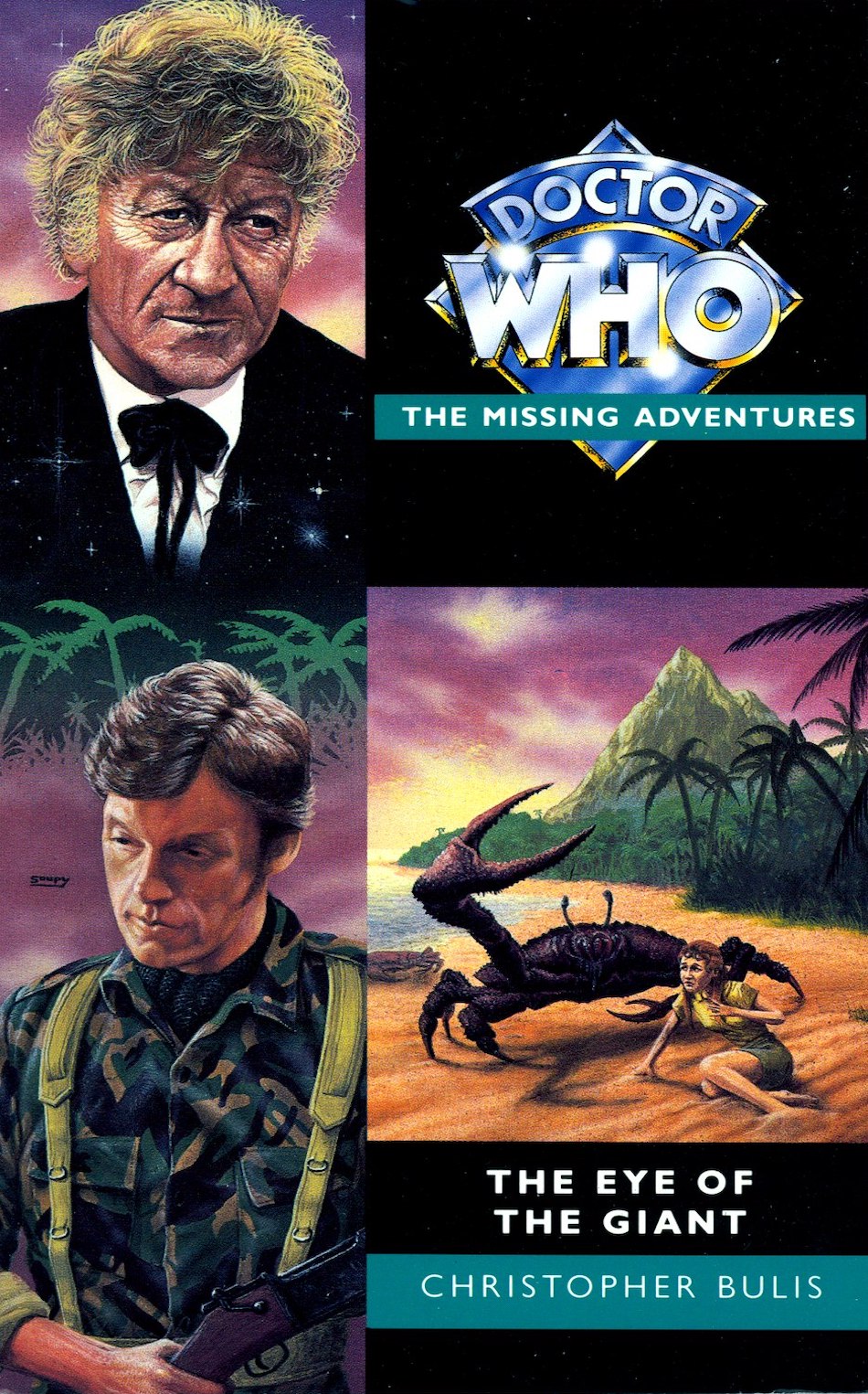 The Eye of the Giant

From the back cover (Sypnosis/cover thanks to Collectors Wiki

“I might have known it, The Doctor and Miss Shaw have managed to lose themselves on an island that doesn’t exist.”

1934: Salutua, a legendary lost island in the Pacific. Millionaire Marshal J Grover’s expedition arrives to uncover and exploit its secrets. But the task is complicated by a film star’s fears and ambitions and a scientist’s lethal obsession.

Nearly forty years later: UNIT headquarters, London. The Doctor and Liz Shaw are asked to identify a mysterious artifact and trace its origin. The trail leads them back in time to Salutua and a gigantic discovery. Meanwhile, the Brigadier faces and epidemic of UFO sightings and supernatural occurrences that threaten to bring about global panic. Only The Doctor can help him but he’s trapped on a mythical island four decades in the past.

The Eye of the Giant takes place between the television stories Inferno and Terror of the Autons.

Christopher Bulis has written three previous Doctor Who books, including the highly acclaimed The Sorcerer’s Apprentice.