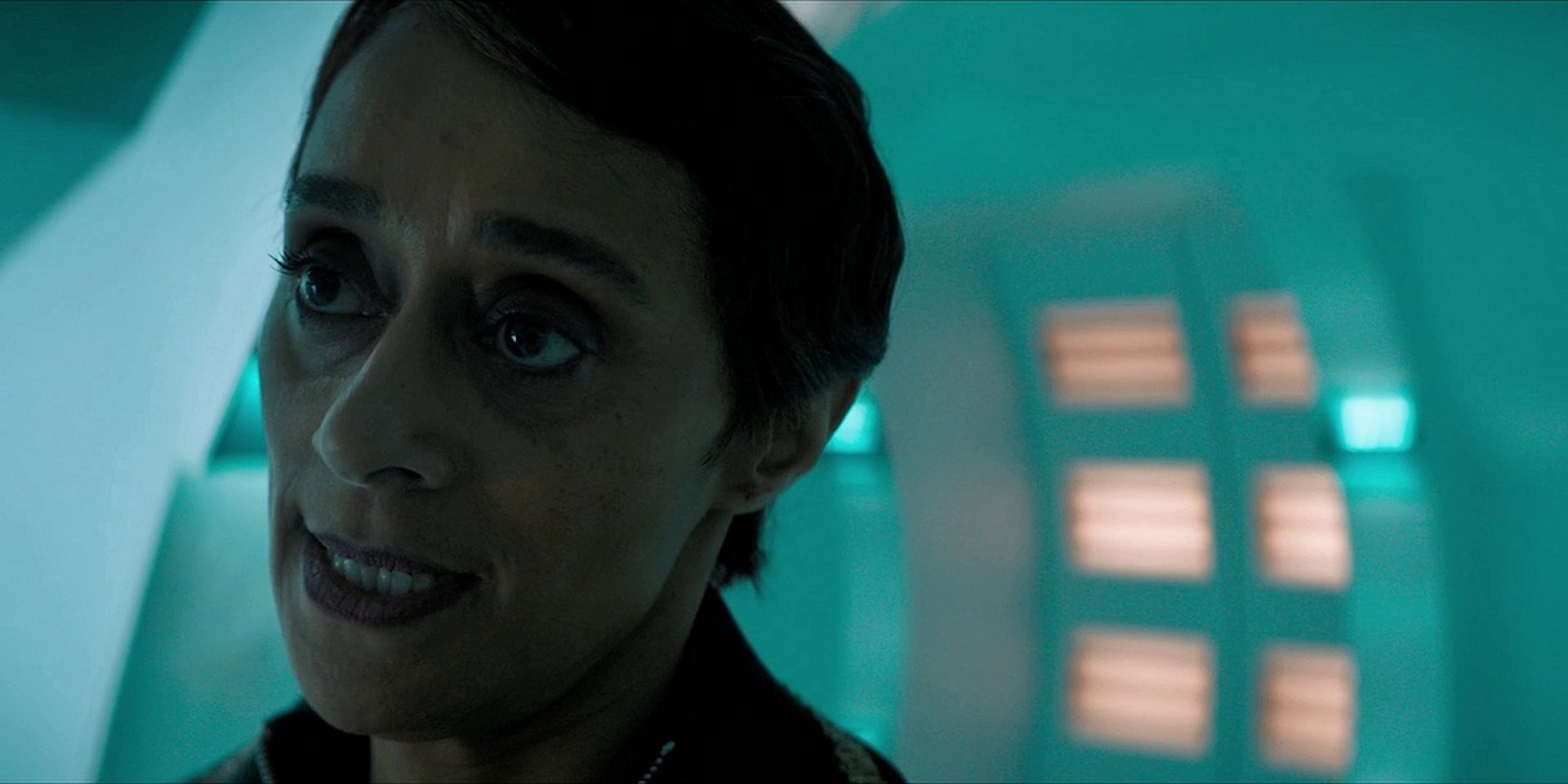 Army of the Aeons

Eve Cicero was a Neuro Pilot General in the Army of the Aeons from the 67th century. She was at the Battle of the Underkind and was mentioned in the Book of the Celebrants.
She was the sister of Durkas Cicero and the consort of Ronan.

She suffered from a disease known as Pilot’s Heart, a fact that she hid from Durkas by pretending to have Corden Fever. To prevent her death, she had Ronan steal several adrenaline blockers to use for treatment. While there, she met the Thirteenth Doctor, Graham O’Brien, Ryan Sinclair and Yasmin Khan. During the incident with the Pting, the Thirteenth Doctor questioned her about her condition, persuading Eve to confess she really had Pilot’s Heart to her brother.

While trying to guide the Tsuranga to Resus One, Eve succumbed to the disease, dying in her brother’s arm (The Tsuranga Conundrum)