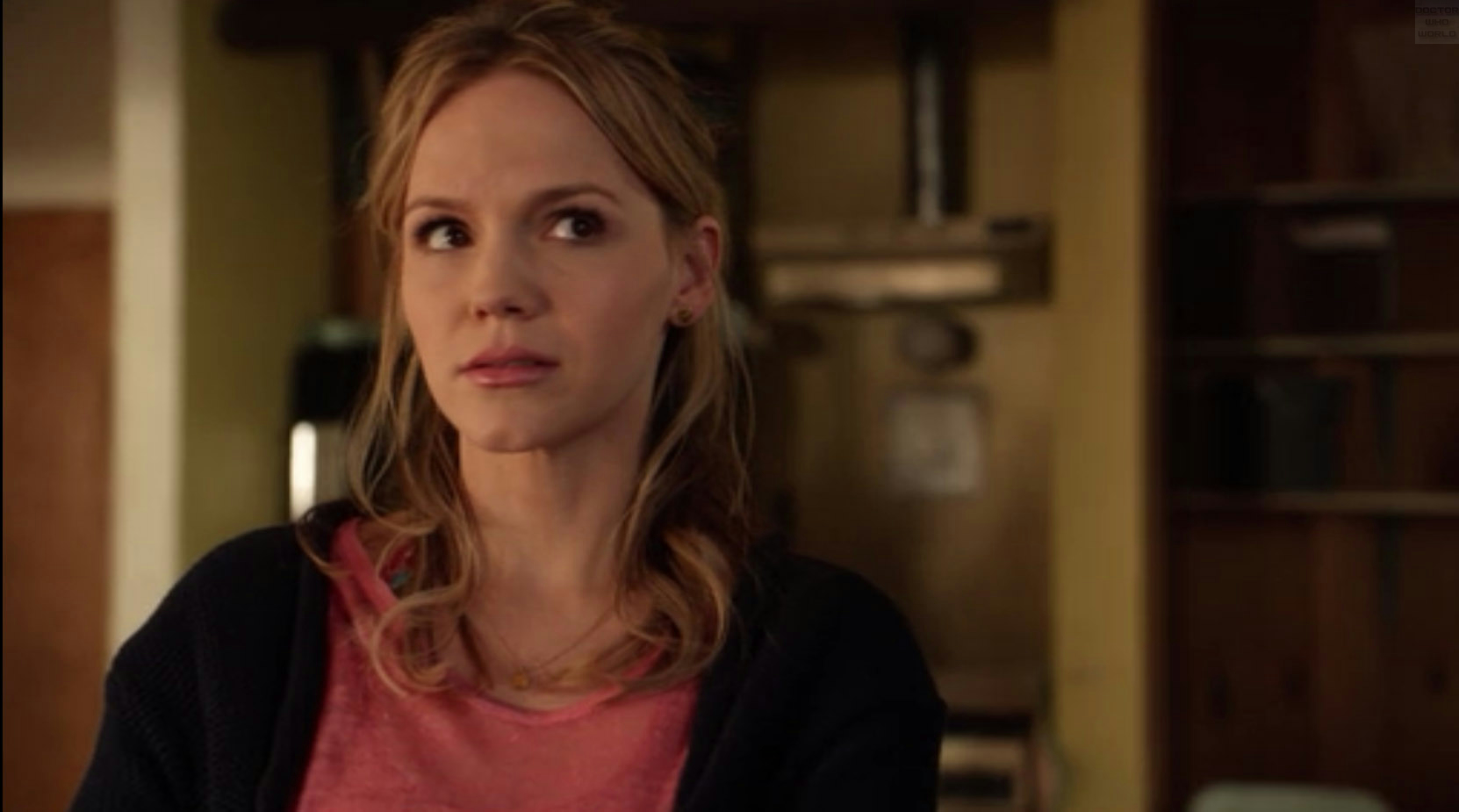 Esther Drummond is a fictional character in the science fiction series Torchwood, portrayed by American actress Alexa Havins. Havins is one of several American actors to join Torchwood in its fourth series, Torchwood: Miracle Day, which was co-produced by Torchwood’s original British network BBC1 and the American premium television network Starz. The character appears in every episode of the fourth series in addition to a prequel novel, The Men Who Sold the World.

Within the series narrative, Esther is a Central Intelligence Agency (CIA) watch analyst who becomes aware of the defunct British Torchwood Institute on”Miracle Day”, when it is discovered that no one can die. Alongside her CIA colleague Rex Matheson she joins forces with the last two remaining Torchwood agents to investigate the phenomenon. Esther’s standing as a desk-bound computer and technology expert puts her in contrast with the tougher and more action-orientated characters in the series. By the Miracle Day finale, Esther has become a more competent field agent, but is murdered by the group’s enemies in an attempt to stop them progressing with their mission.

Havins was influenced in her decision to accept the part by her husband’sappreciation of the series. Like Rex, Esther is used by executive producer Russell T Davies as a means of introducing new American audiences to the established mythos of Torchwood. Havins stated the character to have an unrequited love for Rex, but explained that he does not appear to notice. Response to the character varied, some critics praised her characterisation and portrayal whilst others felt her to display incompetency and to not have been taken to by the audience. The nature of her exit from the show was generally praised, though some reviewers felt it lacked the desired emotional impact.

Esther Drummond, a Central Intelligence Agency (CIA) watch analyst, makes her first appearance in Torchwood: Miracle Day’s premiere episode”The New World” in which she informs colleague Rex Matheson (Mekhi Phifer) about a mysterious message containing the single word “Torchwood”. A distracted Rex is then fatally injured, leading Esther to blames herself for his accident. After finding out the process of death has been ceased in a global event termed”Miracle Day”, Esther begins tracking down information on Torchwood, supposing a link between the organisation and the start of “Miracle Day”. Amid her research, she encounters former head of Torchwood, Captain Jack Harkness (John Barrowman), who helps her escape the destructive blast of a suicide bomber. Harkness explains the history of the Torchwood Institute, but wipes Esther’s memory so she will not remember their encounter. Esther’s memory is later triggered when a hard copy of the Torchwood file lands on her desk. Esther’s investigation into Torchwood compromises her position within the CIA and she – like Rex – is set up by the agency. Forced into fugitive status, she finds herself working as part of Torchwood alongside Rex and the Torchwood Institute’s last surviving members, Captain Jack and Gwen Cooper (Eve Myles)

Esther fulfills Torchwood’s technical need for a competent hacker, researcher and computer expert. However, she initially struggles as a field agent, nearly compromising the team’s mission when she attempts to get help for her mentally ill sister Sarah (Candace Brown).[3] Later whilst trying to escape during an undercover mission in an effective concentration camp, in which the gravely wounded are incinerated, Esther strangles Colin Maloney (Marc Vann) in unarmed combat, leaving her aghast and shaken.[4] In the following episode, Esther works out that Gwen is being blackmailed into delivering Jack to an unknown conspirator, she has Gwen’s parents liberated by Sergeant Andy Davidson (Tom Price), and alongside Rex, successfully snipes Jack’s would-be captors.[5] The Torchwood team subsequently end up in CIA custody. Though Esther is pardoned alongside Rex, Jack is shot as he tries to escape, leaving Esther with the responsibility of keeping him safe on the run.[6] Two months later, in”The Gathering”, Esther has nursed Jack to health in Scotland where she drains his blood, believing it connected to the Miracle. The team learn that the Miracle originated at the near-antipodes of Shanghai and Buenos Aires, the team splits up, with Esther and Rex in the latter location.[7] The series finale, “The Blood Line”, sees Esther fatally shot by a member of the Three Families – the villains behind Miracle Day – in an attempt to prevent Torchwood ending the Miracle. Gwen persuades Jack and Rex that Esther has to die so that the Miracle can be ended, in the episode’s epilogue, Esther is among the few post miracle deceased to be allowed a full funeral service.

Esther features as a supporting character in the novel The Men Who Sold The World, which is featured as a prequel to Torchwood: Miracle Day. In the novel, Esther aids Rex in his mission to track down a CIA contigent who have gone rogue with dangerous alien weaponry. Reviewing the novel, SFX columnist Alasdair Stuart commented that author Guy Adams provided”interesting, and brave, context to Rex’s relationship with Esther.” According to Stuart, The Men Who Sold The World demonstrated that “Rex knows he manipulates her and doesn’t particularly care. She’s an asset, just one he can use better and faster than most

Back to Torchwood page