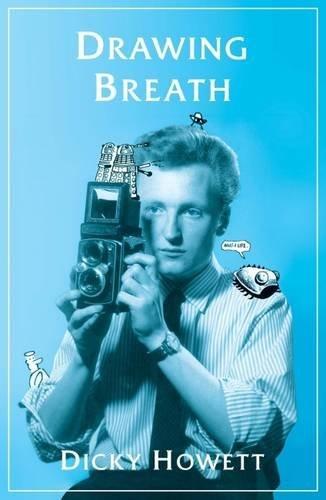 Dicky’s work will be known to comic readers everywhere, especially fans of Doctor Whowhere his strip in collaboratedition with writer Tim Quinn Doctor Who? featured in Doctor Who Magazine for over a decade.

But he and Tim didn’t just contribute to Doctor Who Magazine, they also provided comic strips for a number of Marvel, DC Thompson and IPC comics, developing a unique and edgy style as they went on, often upsetting ors along the way with their refusal to let good taste get in the way of a good joke.

Prior to this collaboration, Dicky worked at the BBC and Lime Grove in various roles as well as being a freelance cartoonist for numerous daily newspapers and periodicals. He continued with cartooning for as long as he could, but with the industry changing and the need for spot cartoons diminishing he began a new career and company.

Golden Age Television specialises in leasing antique film and video camera and studio equipment to modern film and television productions ranging from Hollywood productions such as Steven Spielberg’s Munich, to television productions including Call the Midwife, The Hour, Inside No.9 and returning to his Doctor Who roots with  An Adventure in Space and Timefor the series’ 50th Anniversary in 2013.