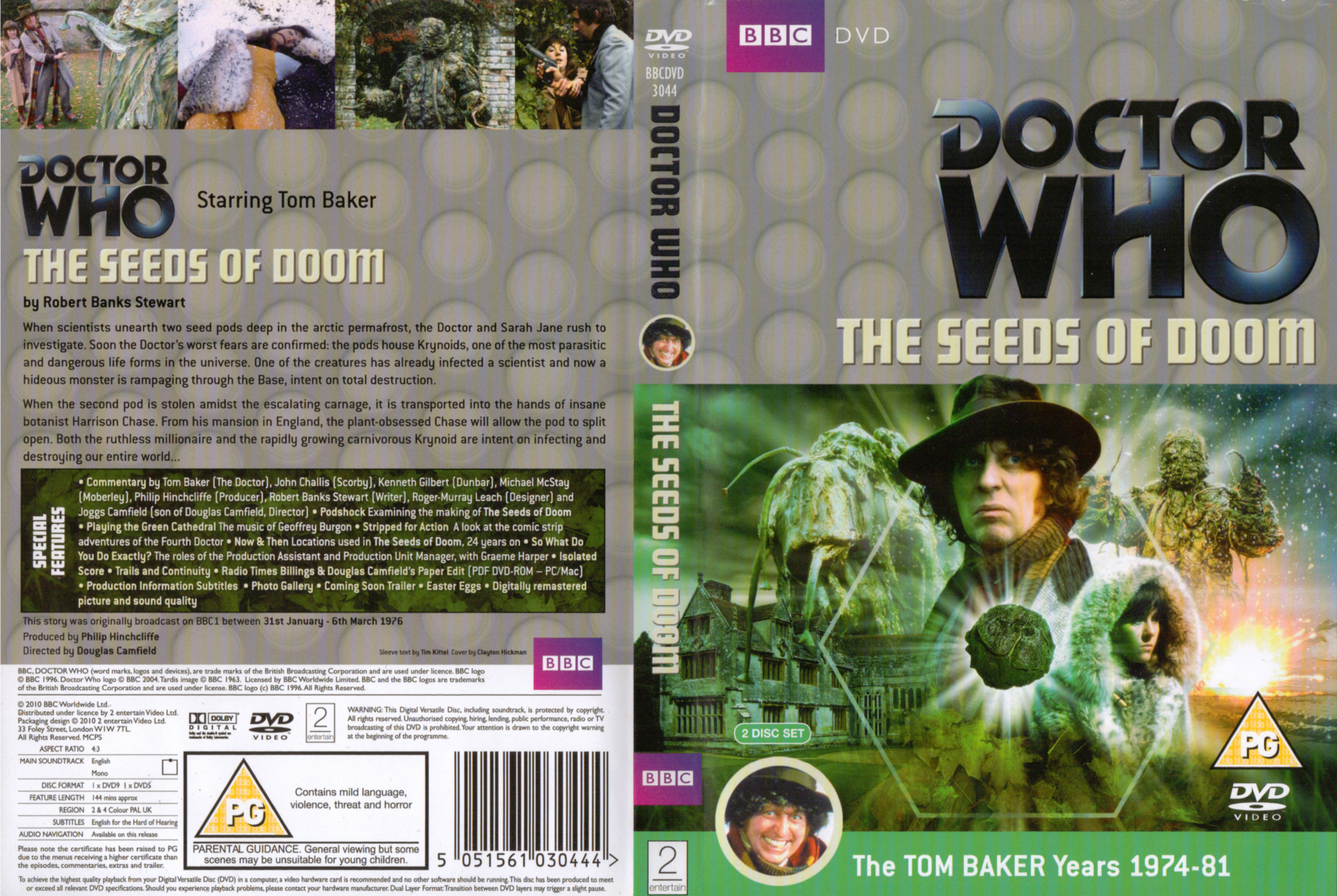 The Seeds of Doom

It’s 20th Century Earth and a research team based in the Antarctic unwittingly digs up two mysterious pods which have lain buried in the snow for twenty thousand years.

Yet the identity of the pods is no mystery to The Doctor, they are Krynoid, a hostile, alien species of life. The Doctor’s fears are confirmed when one of the pods opens and attacks a scientist.

Unfortunately, The Doctor is not the only one interested in the seeds – an insanemillionaire, Harrison Chase, is desperate to get his hands on a pod at any cost – even murder. But why?

As the remaining pod hurtles to England, splitting open to reveal a ferocious Krynoid carnivore, can The Doctor arrest its development? As its strength grows every moment, it threatens to turn Earth’s vegetation hostile too. Its germination could jeopardize the security of mankind itself…

This exciting adventure is presented over two discs and includes some fantastic specially created content including a making of with cast and crew and audio commentary from the main cast including Tom Baker and John Challis.