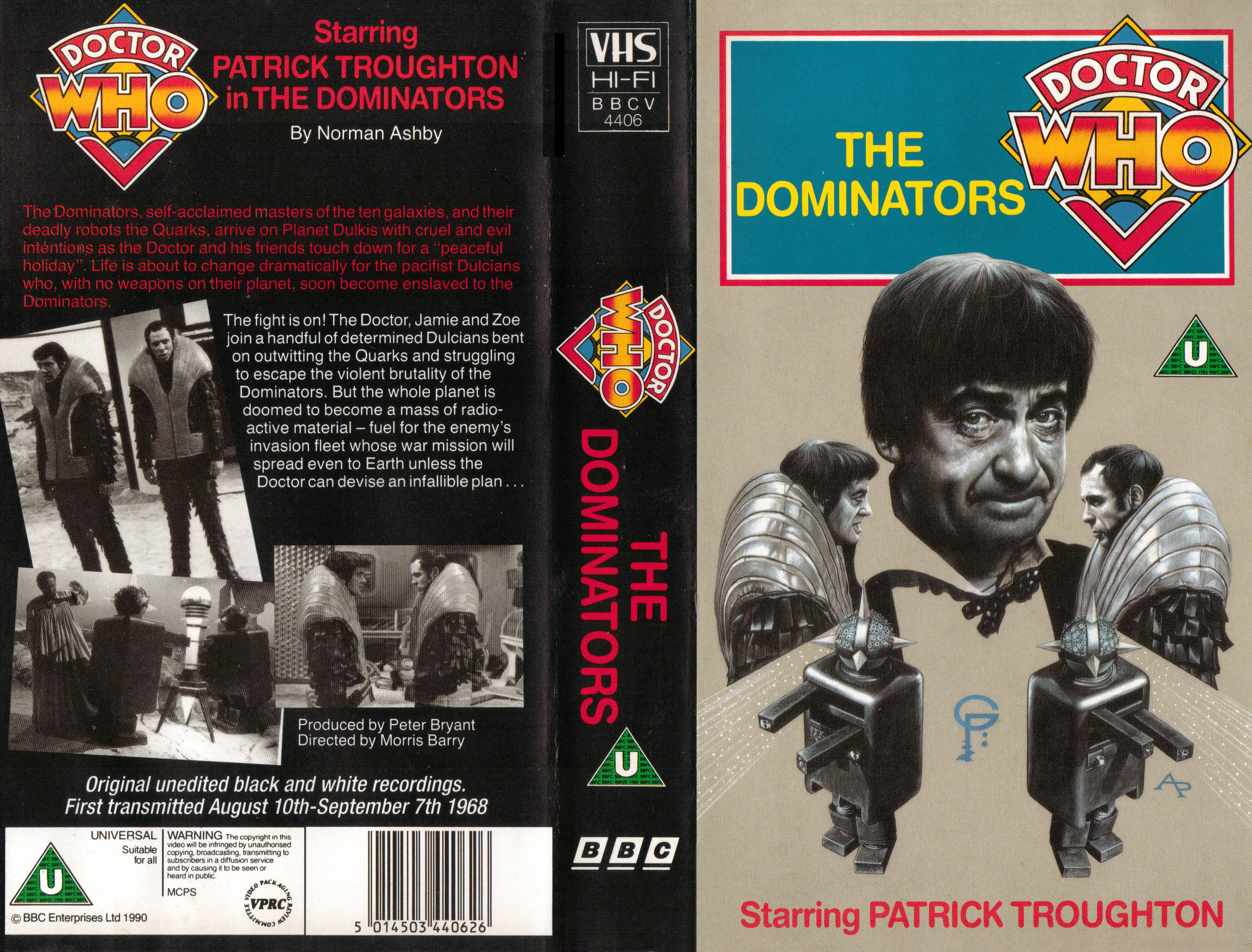 The Dominators, self-acclaimed masters of the ten galaxies, and their robot servants, the Quarks, arrive on the planet Dulkis with evil intentions as The Doctor and his friends touch down for a peaceful holiday. Life is about to change dramatically for the pacifist Dulcians who, with no weapons on their planet, soon become enslaved to the Dominators.

The Dulcian Councillors, refuse to retaliate, however Cully, the rebellious son of their leader Senex, has already joined forces with the time travellers. The fight is on!

The Doctor, Jamie (Frazer Hines) and Zoe (Wendy Padbury) join a handful of determined Dulcians bent on outwitting the Quarks and struggling to escape the violent brutality of the Dominators. But the whole planet is doomed to become a mass of radioactive material – fuel for the enemy’s invasion fleet whose war mission will even spread to Earth unless The Doctor can devise an infallible plan…

The Dominators was the first episode of season 6