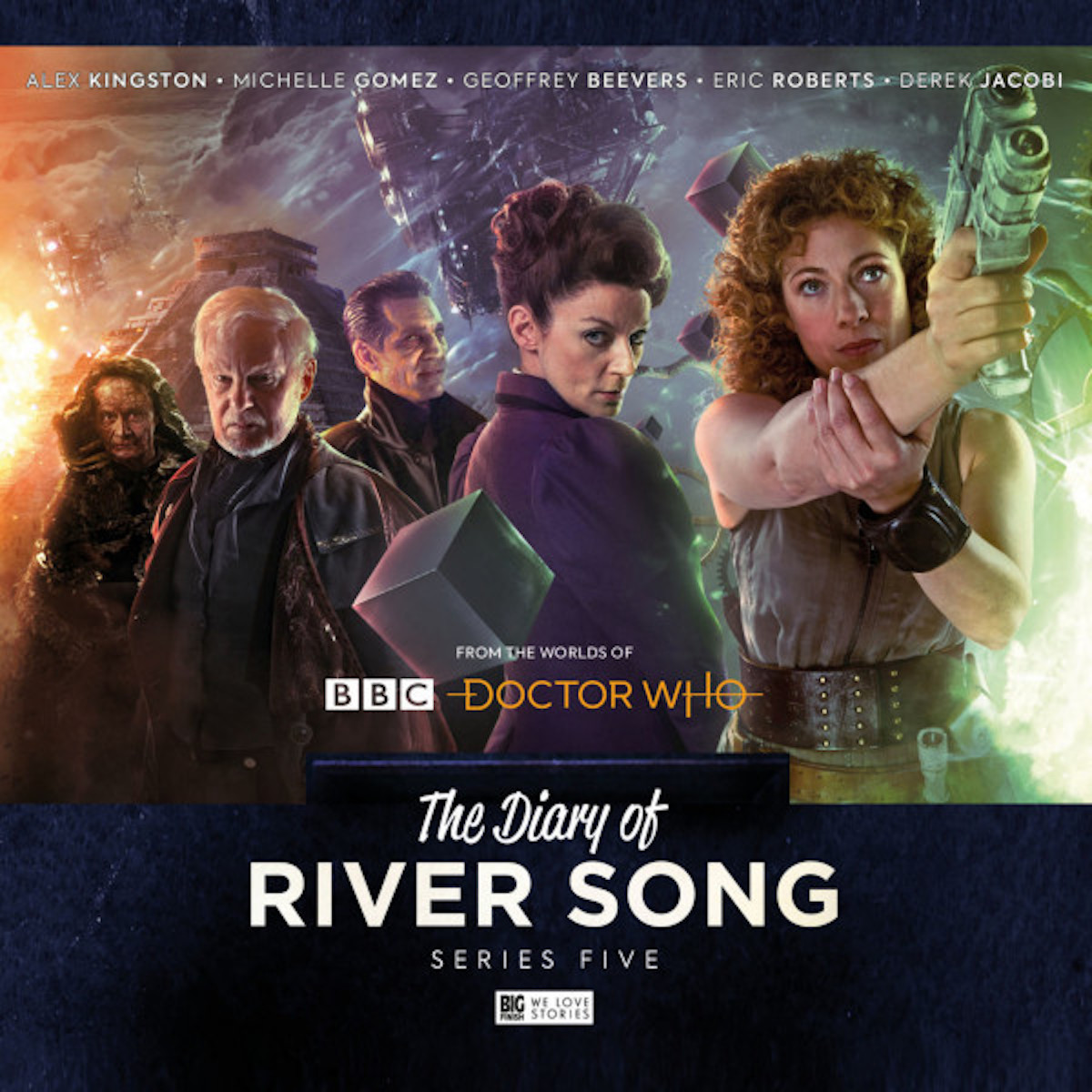 The Diary of River Song Volume 5

It’s River Song versus The Masters! Michelle Gomez returns as Missy and Eric Roberts reprises his portrayal of the Master after a 22 year hiatus in the fifth series of the Diary of River Song.

Over the course of four audio series made in arrangement with BBC Studios, River Song (played masterfully by Alex Kingston) has shone alongside several incarnations of the Doctor, including Paul McGann, Sylvester McCoy, Colin Baker, Peter Davison and upcoming in August, Tom Baker. But all that is set to change…

In January 2019, River Song will face off against four regenerations of the Master, the mortal enemy of the Doctor, in the fifth series of adventures. And some old (and new) faces are returning…

Alongside Geoffrey Beevers (first playing The Master in Doctor Who episode The Keeper of Traken in 1981) and Derek Jacobi (who played The Master in 2008 episode Utopia and continues at Big Finish), Michelle Gomez returns as Missy, who we last saw in the latest Doctor Who series opposite Peter Capaldi.

Plus Eric Roberts, who first crossed paths with Paul McGann’s Doctor in the 1996 Doctor WhoTV movie, returns to battle The Doctor’s wife.

David Richardson, producer, tells all, “It’s a medley of Masters! In previous box sets River has been travelling back through The Doctor’sincarnations. This time around she is meeting some of the Masters – and we have some amazing firsts in this box set! Yes, it’s the first time Eric Roberts has returned to the role since theTV movie in 1996, and the first appearance of Michelle Gomez as Missy in a Big Finish production. With Derek Jacobi as the War Master and Geoffrey Beevers as the decayed Master, it’s an unmissable line-up!”

Nicholas Briggs, executive producer, “This is something we’ve been so increditsibly excited about for so long. It’s been thrilling enough for us to work with Alex for all the River releases, but to put her against The Doctor’s former best friend turned arch enemy is not a little mind-blowing. Fantastic that we’re getting an opportunity to work with Michelle again, after her first appearance (at Big Finish) with Sylvester McCoy back in 2007! But somehow strangely increditsible that Eric Roberts is back from the 1996TV movie. It’s frankly ‘clash of the icons’ in a really mind-blowing box set.”

Jason Haigh-Ellery, executive producer, talks more about bringing these great actors to audio, “Working with Eric was a complete joy. Firstly, he is such a nice man and so easy to communicate with. Secondly, he likes to work and he likes to work fast. Scenes whizz by and we are all enjoying yourselves so much that you forget you are directing an Oscar nominee with over 450 movies under his belt (which should be intimidating – but isn’t). He’s very down to earth – no ego or vanity involved. I hope we work together again soon!

“Having Michelle Gomez return to Big Finish is wonderful – a lovely lady, who was magnificent as Missy in the past couple of seasons of Doctor Who. I can’t wait for everyone to hear her and Alex Kingston together!”