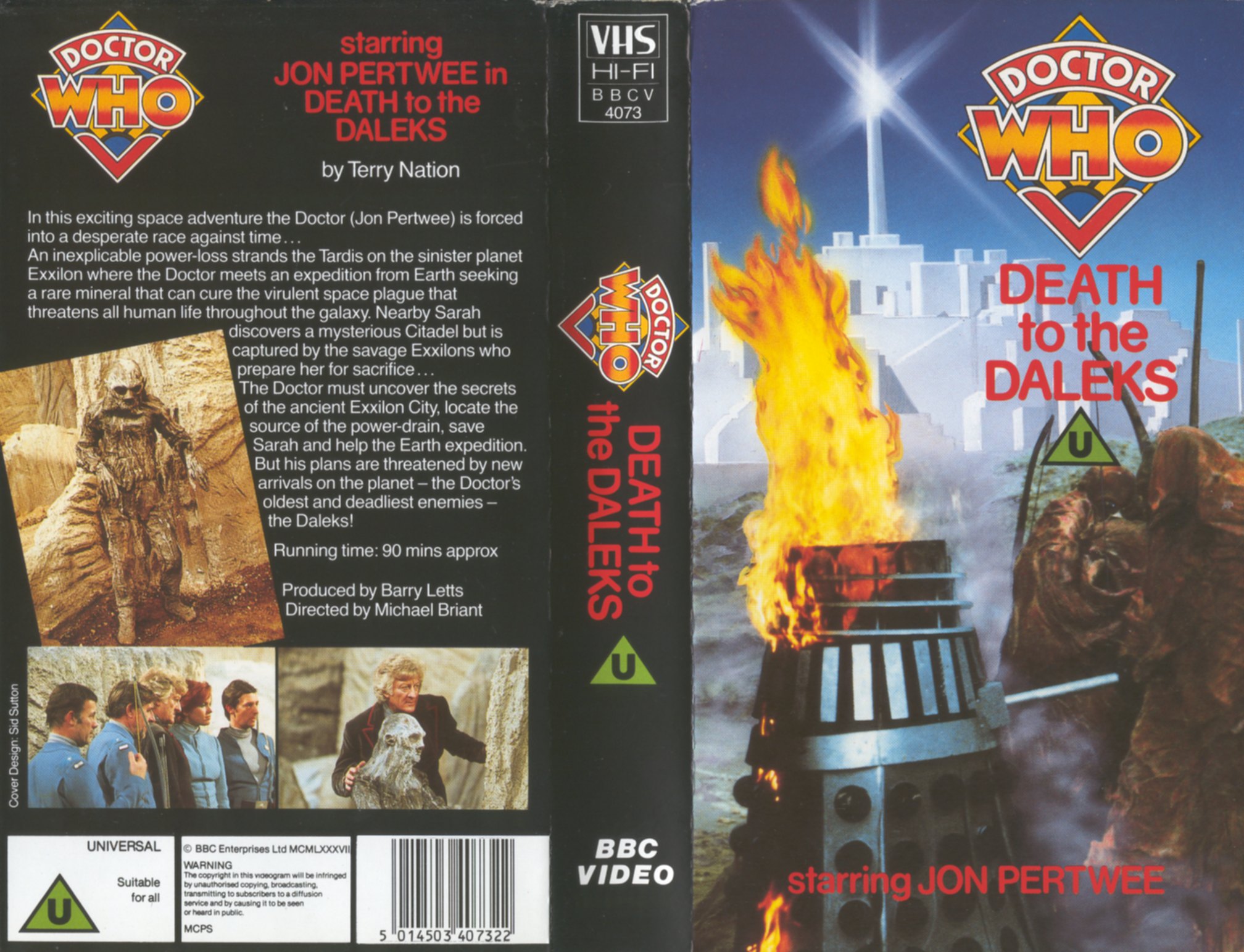 Death to the Daleks

An inexplicable power-loss strands the TARDIS on the sinister planet Exxilon where The Doctor meets an expedition from Earth seeking a rare material that can cure the virulent space plague that threatens all human life throughout the galaxy. Nearby, Sarah discovers a mysterious, living Citadel but is captured by the savage Exxilons who prepare her for sacrifice…

The Doctor must uncover the secrets of the ancient Exxilon City, locate the source of the power-drain, save Sarah and help the Earth expedition. But his plans are threatened by new arrivals on the planet – The Doctor’s oldest and deadliest enemies – the Daleks!